Crime of the Week: Unsolved Murder of Frank Cabrialez

Today’s  Crime of the Week is the unsolved murder of Francisco Cabrialez.  He was found dead in his vehicle back in December.  His family continues to plead for the public’s help to find his killer.

On December 29, 2018, Corpus Christi Police responded to a shooting call on SPID near the Kostoryz exit.  When officers arrived, they found Francisco Cabrialez dead in the driver’s seat.   He’d been shot while driving.  It was around that time Melissa Garza, Cabrialez’s mother, got a phone call from her daughter.

“She called me and told me that she had seen my son’s vehicle, suburban, up on the freeway which she thought it was just a wreck,” remembers Garza.

Garza says she immediately got in her car and rushed to the scene.

“The truck didn’t look wrecked so, I knew in my heart that something bad had happened,” she continues.

Garza says she was going crazy just standing there, waiting for an update on her son.  Moments later she saw something she says she’ll never forget. 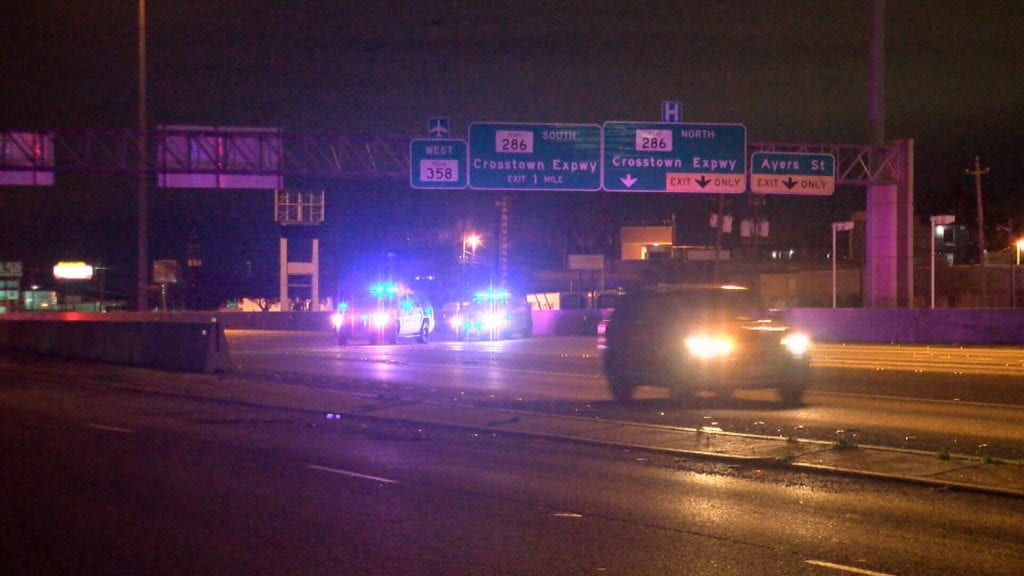 “It was hard you know because I seen them taking my son out in a body bag…and I just can’t get it out of my head.”

“They’re at that age where they understand and they know. They post stuff on Facebook, ya know, ‘I miss my dad’ and stuff like that and it’s hard,” says Garza.

The heartbroken mother says she doesn’t understand how her son’s killer or killers could live with themselves.

“It kills me every day because somebody out there knows something and I just can’t understand how a person can live out there knowing they did this. They murdered my son the way they did,” she says, “You hurt us, you hurt us so bad, our lives are never gonna be the same, never.”

Frank Cabrialez was not the only victim that night.  A female passenger in the SUV was also shot.  Police say she survived the shooting.

Police did release a photo of a ‘vehicle of interest’ connected to this case.  They ask that anyone with information about the suspects or murder, call 888-TIPS.

Read more:  One dead, one injured in overnight highway shooting