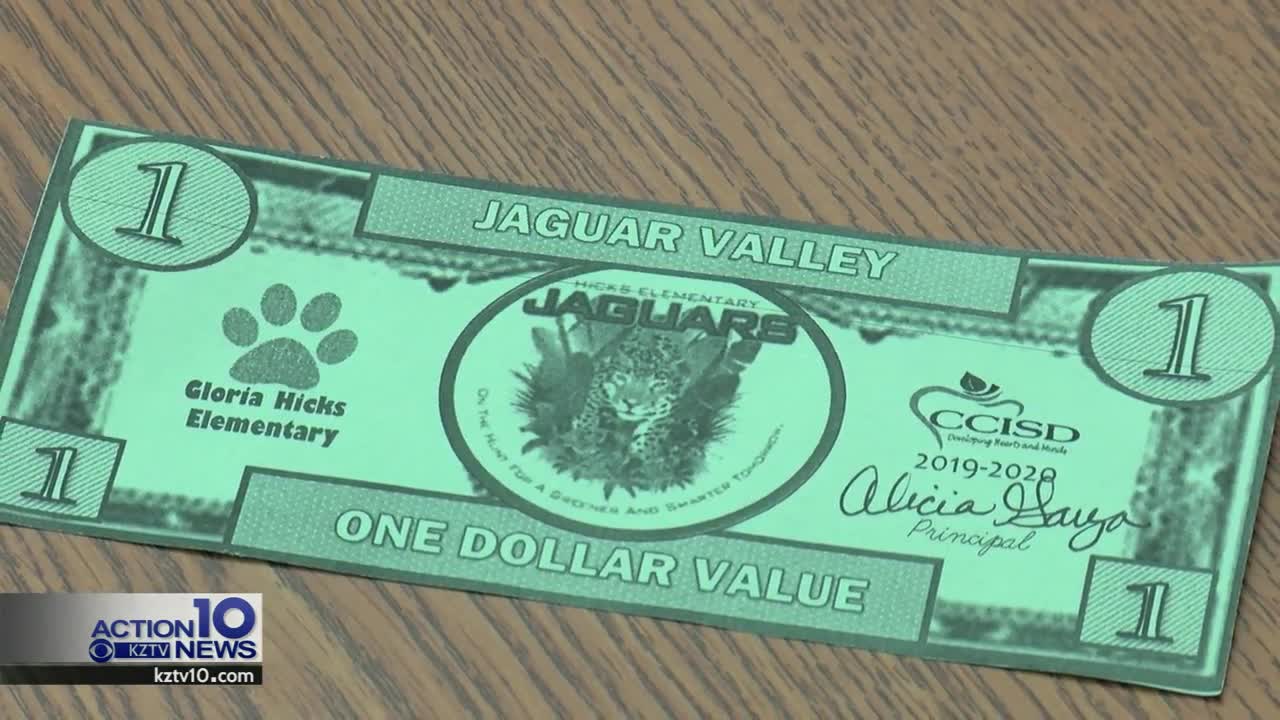 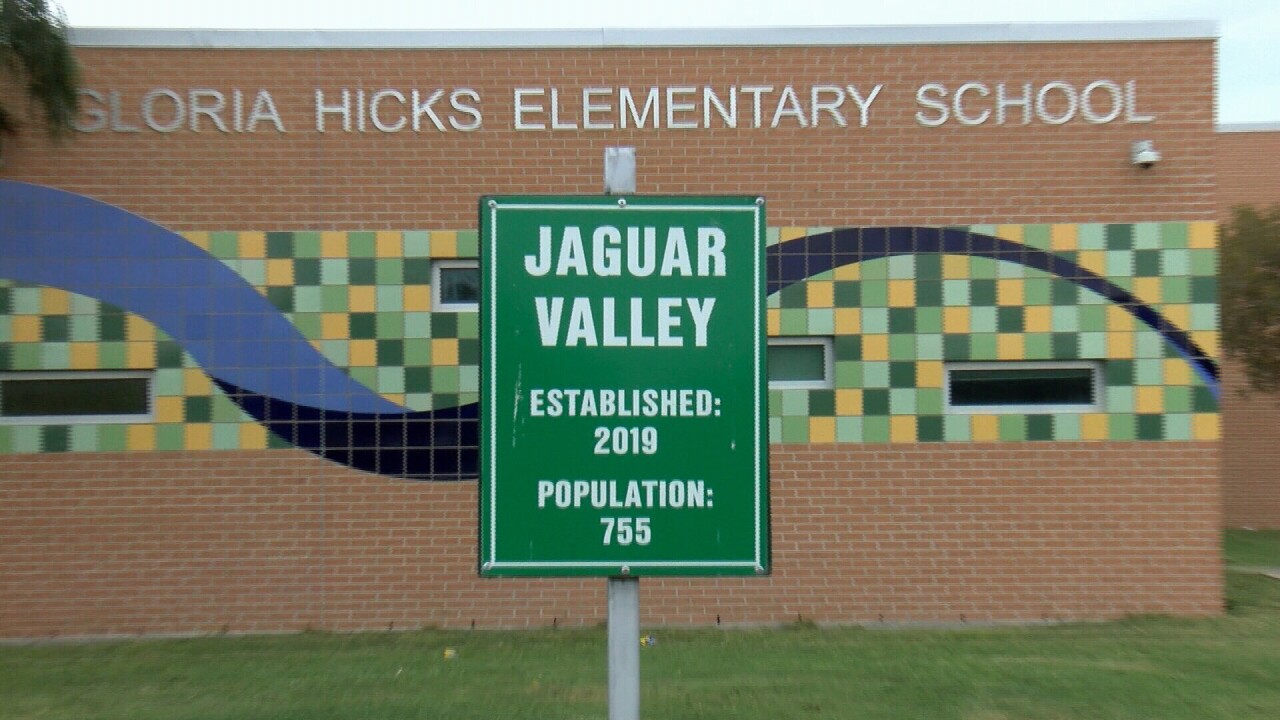 CORPUS CHRISTI, Texas — Some elementary students here in town are making some big bucks -- for attendance and for holding jobs.
It's all a part of a researched-based program to teach these kiddos how to learn about the real world using fake money.
It begins at Gloria Hicks Elementary School in the made up town of Jaguar Valley. Established in 2019. Population 755.
Andrea Martinez, the school's librarian and one of the program's leaders, said they are starting the kids young.
"And they are going to be better, productive citizens once they graduate high school and have a job in the real world," she said.
The program is called Minitropolis. It works just like the real world. Students apply and interview for jobs. They hold different positions with different pay rates. And get this -- the first graders act as the school's very own IRS. That's right, the Internal Revenue Services.
"Students who earn money must pay taxes every week," Martinez said.
They have established a city council, chamber of commerce, police patrol, mini IBC Bank -- who sponsors the program -- and contributed $1,000 to supply the little stores.
"As well as the financial literacy," Martinez said. "Students learned how to deposit, how to withdraw, how to save their money and how to spend it wisely."
Fourth-grader Autumn Gibson said she looks forward to pay day -- just like the rest of us.
"On Friday we get $7 if we are here for perfect attendance," Gibson said. In Jaguar Bucks of course.
Fourth-grader, Marilyn Valadez, said when she's older she wants to own her own business. And she's already keeping tabs on her current bank employees.
"We also have to help people out at the IBC Bank to see what they're doing and if they're doing it correctly," she said.
Gibson also works at the bank as the vice president. She seems to know exactly what the school is trying to teach.
"It just helps you be ready for whenever you become an adult so you won't be walking around doing nothing and don't have any money," Gibson said.
Every other Friday they are allowed to shop at different classroom stores who sell everything from H-E-B goodies -- another sponsor -- to admission to their very own movie theater.
This year's Minitropolis officially kicks off Oct. 25.

Martinez said the program ties in with the school's core subject areas. She added, that since its introduction last year, she saw an increase in attendance and a decrease in bad behavior.