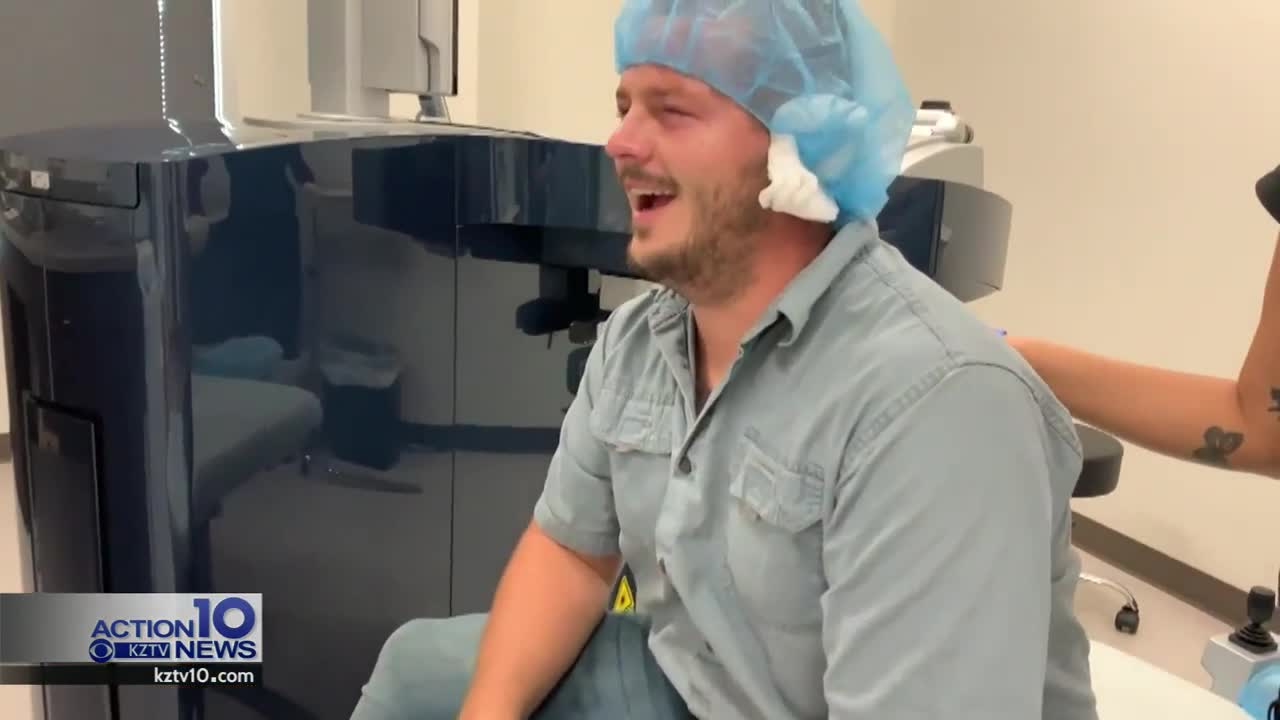 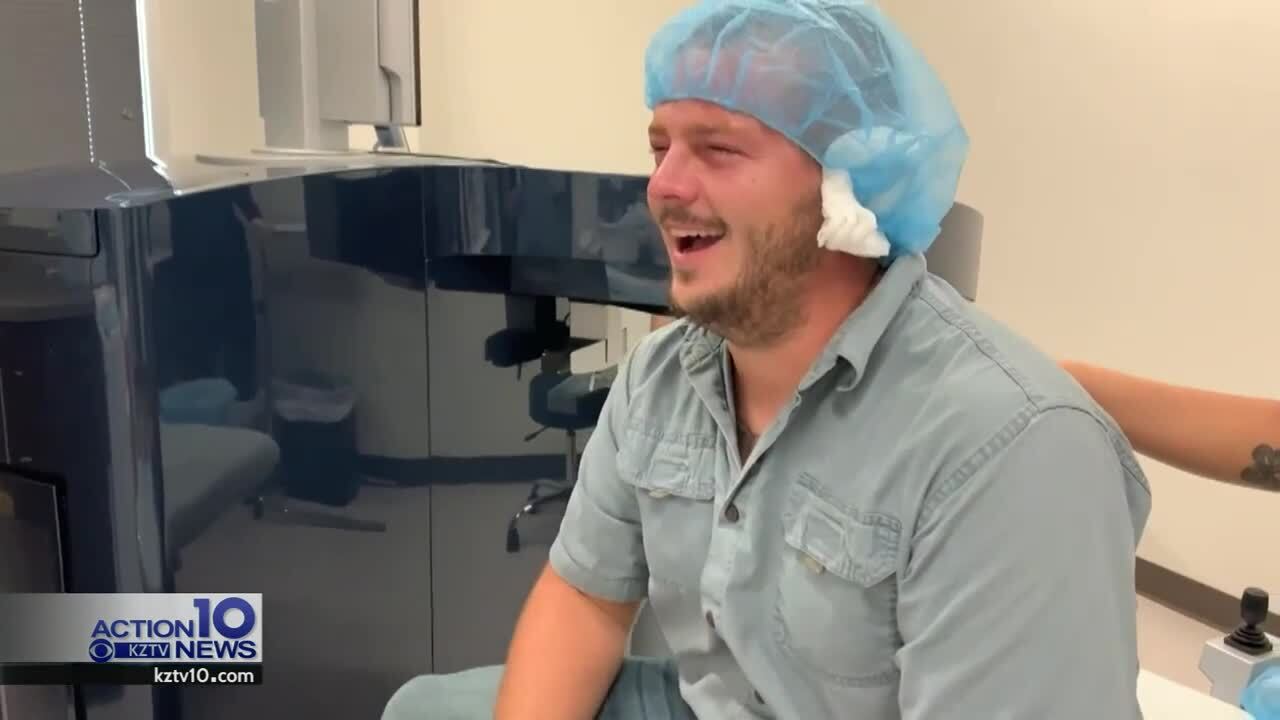 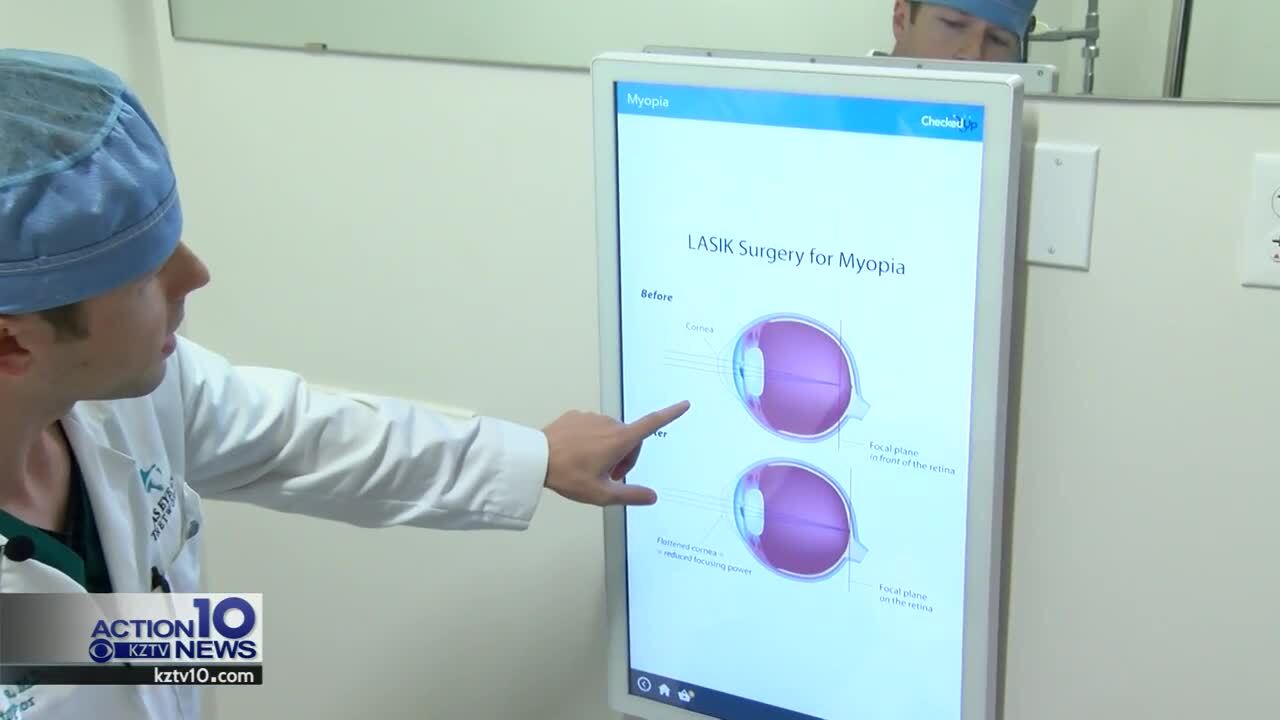 “I started wearing glasses when I was 8 or 9,” said navy veteran, Nicholas Furr.

But that's all changing now.

“I knew something was up in the morning,” said Furr. “She was like ‘Oh I love you baby’ and I’m like hmm alright something's going on you know.”

The Texas Eye Care Network in Corpus Christi put on a campaign for heroes, offering free Lasik to one extraordinary person.

Anyone could nominate an individual who they considered a hero in their life or someone who has changed the community for the better.

“Nick just has a really great heart and he's always been invested in Corpus Christi and in family and in his country as well,” said David Howard, with the Texas Eye Care Network.

Macey Furr, Nicholas' wife, submitted an application nominating her hero and got the surprise of a lifetime.

They chose Nick to do the free Lasik and I was shaking,” said Macey.

“We couldn't think of anyone more deserving than Nick for this really special gift of clear sight,” said Howard.

Nicholas joined the military after high school and deployed overseas soon after.

He served several tours in Afghanistan, Kuwait, and Kyrgyzstan.

During one of those tours, Nicholas became what many people would consider a hero after saving a fellow sailor's life.

“He ended up getting his brachial artery severed and was bleeding out and turned white as a ghost and I just ran over there and patched him up and ended up saving his life,” said Nicholas.

Nicholas was modest, to say the least, about his time in the military.

“I think the real heroes are the people who didn't get to come home you know the men and women who paid the ultimate sacrifice,” said Nicholas.

But his heroic act was enough for the Texas Eye Care Network and his family to grant him the gift of sight.

“I could be driving on the road and something bad happens to me,” said Nicholas.

After a 30-minute procedure, Nicholas can live a life free of glasses or contacts; which he says he's been waiting decades for.

“I've been wanting to do this for a very very long time and now I get the opportunity and ya'll are going to do it for free I’m dumb founded,” said Nicholas.

“You won, this just doesn't happen it's a miracle it’s amazing,” said Macey.