A Prom invitation has landed a senior at Veterans Memorial High School in some hot water.

According to CCISD, the student posted a prom invitation that contained racist language on social media.  Officials say the teen was punished for the copycat incident that was characterized as a joke.

We’re told the teen boy has issued an apology on social media. 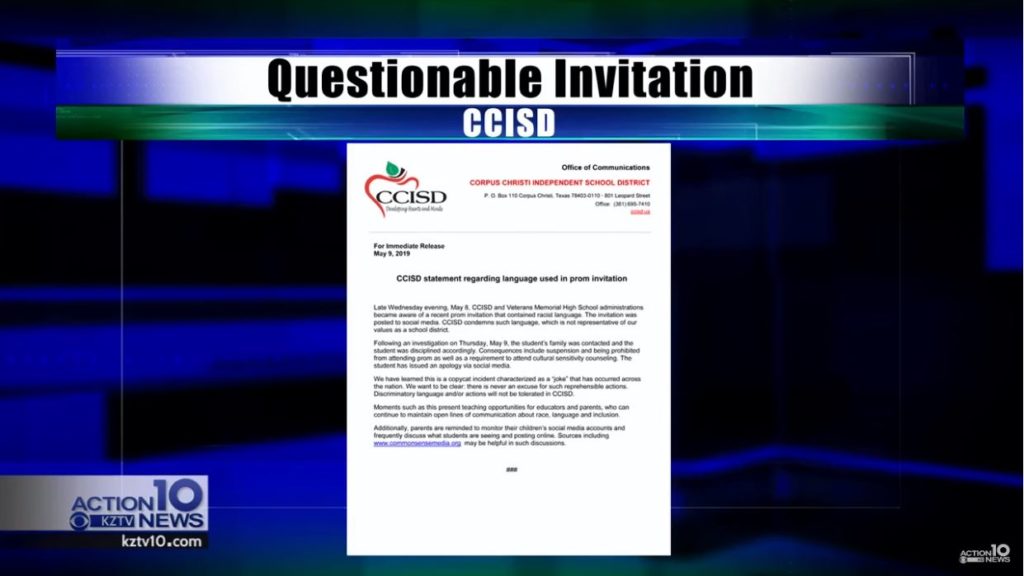