Local firefighters kick off the “Fill the Boot” campaign

Corpus Christi firefighters are getting ready to kick off their annual “Fill the Boot” campaign.

Today, City Councilman Rudy Garza read a proclamation and announced the firefighters will stand on busy street intersections to collect money on March 1, March 15 and March 22. 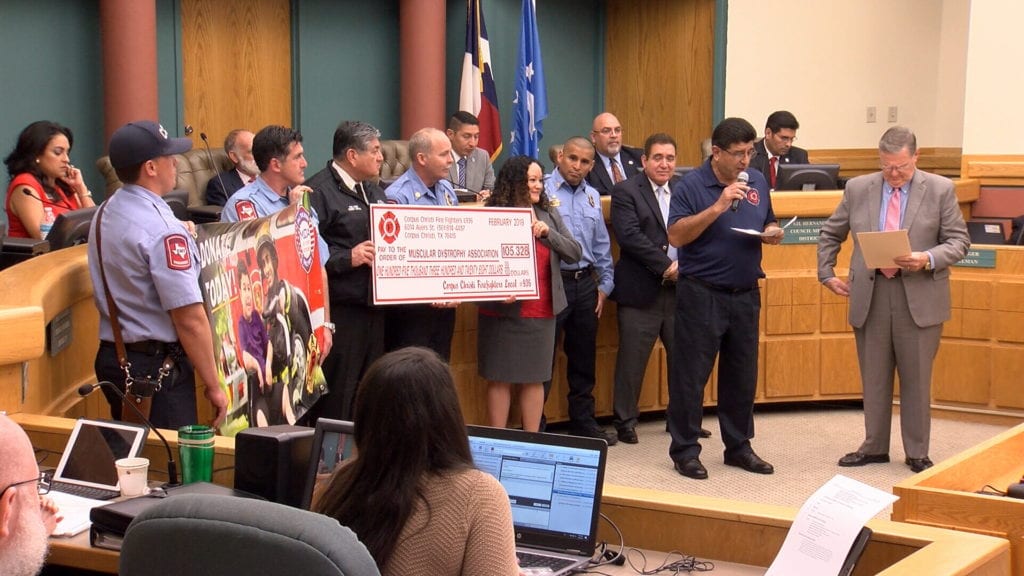 They will be out collecting money for the Muscular Dystrophy Association. The money helps pay for projects and research worldwide. It also helps fund a summer camp for kids with muscular dystrophy.

Mayor Joe McComb kicked off this year’s campaign by donating $20 and every other council member followed and filled the boot with money. 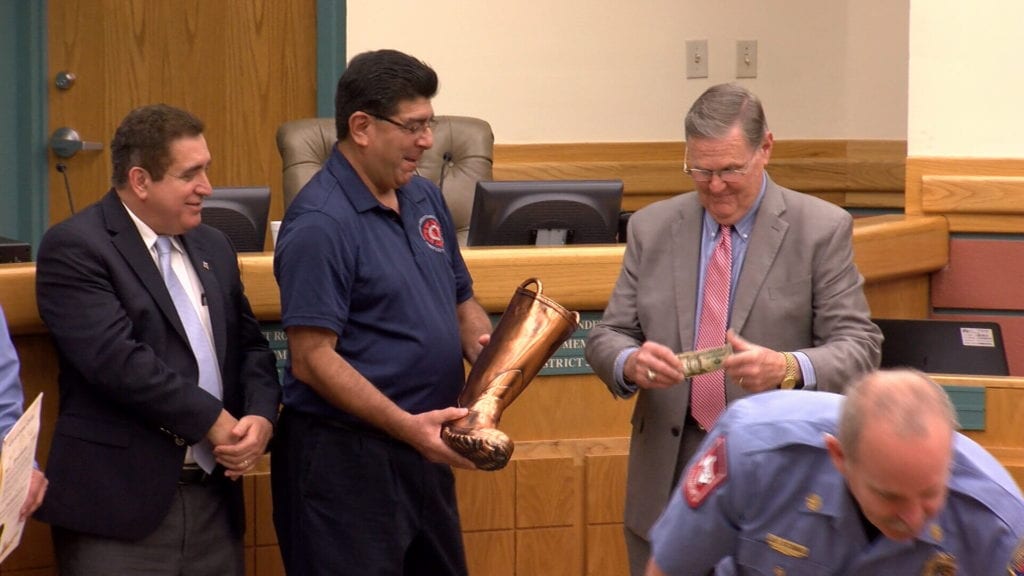 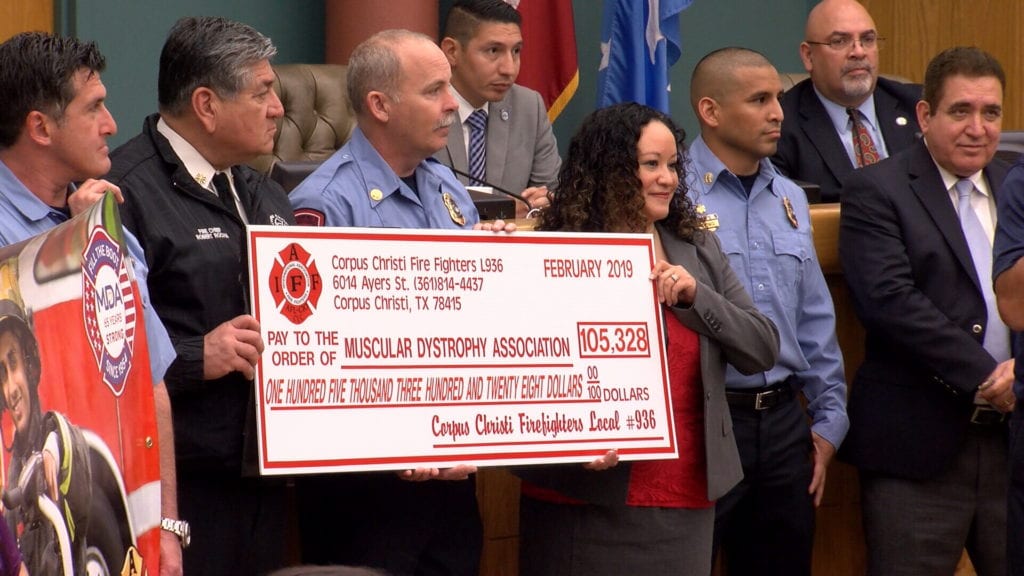