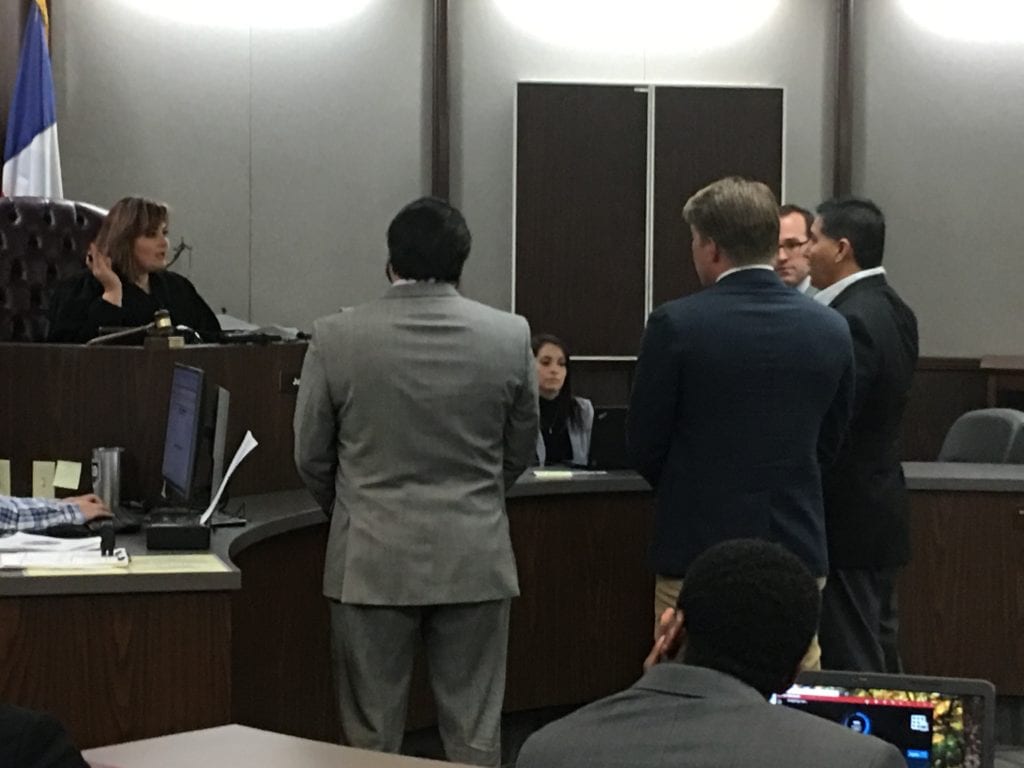 He faces three charges related to an incident last November at his estranged wife’s home in Robstown. An arrest affidavit states that Cabello grabbed his wife by the arm during an argument and forced her to record a false statement saying there had been no physical contact.

During a court hearing today, it was revealed that Cabello is now in a relationship with CCPD senior officer Norma Deleon. She’s charged with impersonating a public servant and official oppression in connection to a November incident. She’s accused of having two officers meet her at an apartment on Carroll Lane, where she claimed to work for CPS and performed a welfare check on a child.

Judge Inna Klein took issue with the relationship because one of Cabello’s pre-trial conditions is to avoid people with harmful character. She’s ordered a new hearing on this specific issue within the next two weeks.