Shots fired at GrubPub after it closed 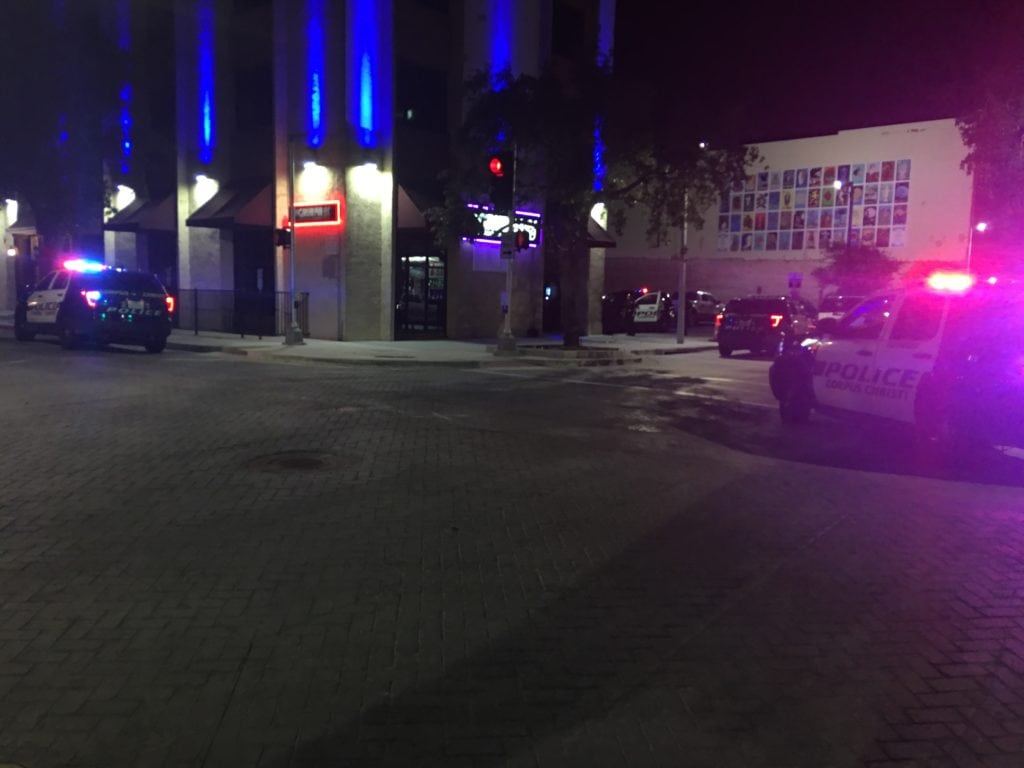 CORPUS CHRISTI – Corpus Christi Police say shots were fired into the GrubPub in downtown Corpus Christi early Saturday morning.  The shooting happened after the bar closed for the night.

According to Lt. David Saldana, police received a call for shots fired about 20 minutes after 2 p.m. on Saturday morning at the 600 block of Chaparral Street.  An officer who was in the area also heard the shots.  When they arrived, officers discovered the business’ windows covered in bulletholes.  Based on evidence collected so far, police believe the shooting occurred just outside the business.  They’ve made a preliminary determination that the shooting was not a drive-by but they are not sure if an incident occurred earlier in the bar that precipitated the shooting.  Police believe no one was inside the bar at the time of the shooting and there were no reported injuries.

Police have leads on possible suspects and will look through the bar/restaurants surveillance footage as they continue their investigation.

This is a developing story.  We will provide more information as details become available to us.