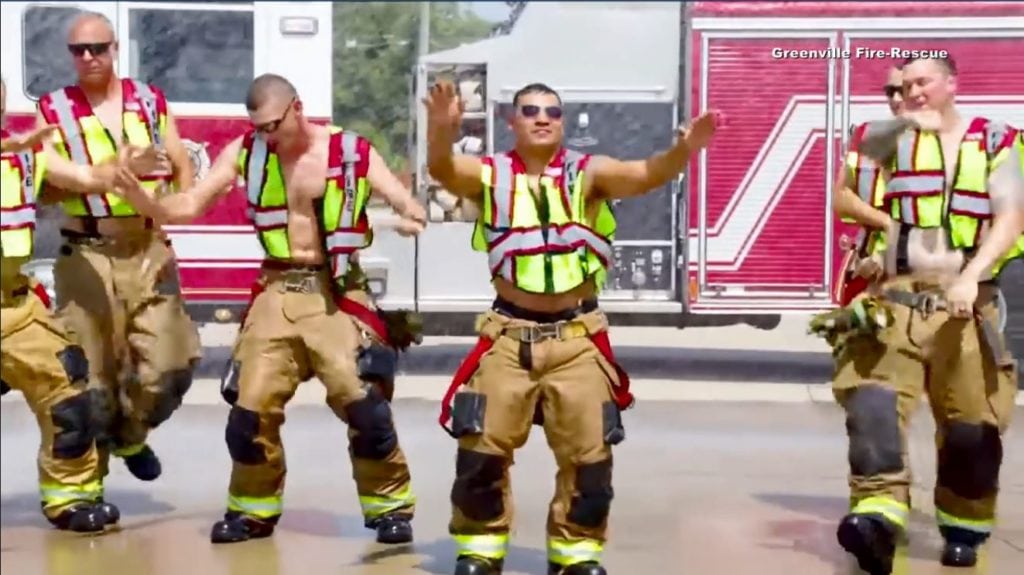 The fun video was posted to the Greenville Fire-Rescue social media pages last week and it’s been building momentum as more viewers continue discovering it.  Its Facebook post has over 101K views as of Tuesday evening.

In comparison to other lip-sync challenge videos, this video is nothing short of a Hollywood music production.  Firefighters perform several songs including John  Mellencamp’s Pink Houses, Flo-Rida’s My House, Kenny Loggin’s Danger Zone and LMFAO’s Sexy and I know it.  This crew gets credit for not shying away from dancing topless while getting wet.

But before the fire crew signs off in their video, they officially challenge three other fire rescue units including Fulton Fire Department.  A spokesperson for the Greenville Fire-Rescue says they developed a great relationship with the Fulton crew while helping out for about six weeks after Hurricane Harvey.

YOUR TURN: They were challenged by the Paris Fire Department & they answered the call. Greenville Fire-Rescue is the latest Texas fire Dept. in the lip sync challenge. Flo-Rida, Kenny Loggins & John Mellencamp are in their red-hot songbook