Border Patrol Agents in Brownsville rescued an alleged drug smuggler from drowning in the Rio Grande on Thursday.

According to U.S. Customs and Border Protection, agents at Fort Brown saw a pickup truck loaded with bundles of marijuana driving away from the river. When authorities attempted to stop the vehicle, the truck drove back toward the river, and three men jumped out of the vehicle and into the water.

Agents saw one of the men struggling in the water as he swam toward Mexico. An agent went into the water and rescued the man from drowning.

Border Patrol says more than 215 pounds of marijuana worth an estimated $173,000 was seized. 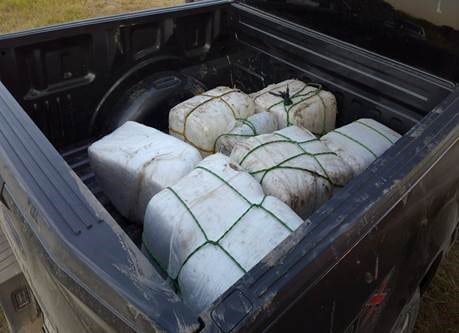 The Cameron County Sheriff’s Office took custody of the suspected smuggler, the truck and the marijuana.