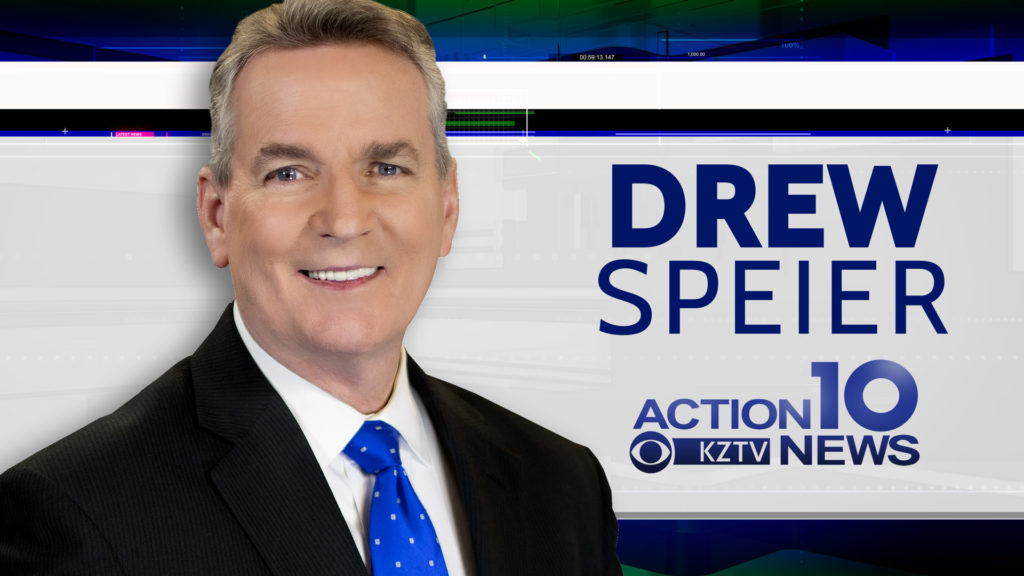 Multiple Emmy award winning journalist, Drew Speier joined KRIS Communications in June 2016 to become the co-anchor of KRIS 6 News at 5 p.m.  He also served as Executive Producer for KRIS 6 News.  Drew was promoted to News Director and main weeknight anchor for sister station, KZTV in August of 2017.
Prior to Texas, Drew worked for 8 years at WBRE/WYOU in northeastern Pennsylvania as main weeknight anchor where he earned two Mid-Atlantic Emmy awards.

In 2011 Drew was elected to serve on the Board of Governor’s with NATAS Mid-Atlantic Chapter and served for four years. He previously worked for the NBC affiliate in Evansville, Indiana where he spent three years as a weekday anchor and reporter.  In Indiana, Drew was honored twice by the Ohio Valley Regional Emmy Awards.  Drew also worked three years in the NYC market as a weekend anchor and reporter for News 12 New Jersey.  He was honored with two National Awards for his coverage of the events following 9-11, won an Associated Press Spot News Award for his live reporting and was honored with three National Telly Awards, including a prestigious Silver Telly.

Drew also has an extensive background as an award winning Sports anchor/reporter. He was the main sports anchor for FOX/CBS in Jacksonville, FL., and for the NBC affiliate in Austin, TX. Drew was even a sideline reporter for Fox NFL Sunday while in Jacksonville.  He also covered the University of Notre Dame for two years and worked for Fox Sports-Net Chicago.

Drew’s most memorable experiences were covering the aftermath of 9-11 for three years in NYC and spending eight days in Biloxi, MS., reporting on Hurricane Katrina.  He also anchored 63 hours of continuous coverage of the Flood of 2011 in Wilkes-Barre Scranton, PA.  Drew was also part of KRIS Communication’s continuous coverage of Hurricane Harvey in August of 2017.

Drew’s passion is riding his Harley and golf.  He ranks the dozens of pro golf events as memorable experiences, including the Masters, twice. His golf highlight is caddying for Ben Crenshaw during a charity event in Austin, Texas and playing 300 holes (yes 300 holes) of golf in one day on three different golf courses.
Another interesting fact about Drew: He was the only student in his High School who received a perfect attendance award for all four years. He never missed a day of high school classes.