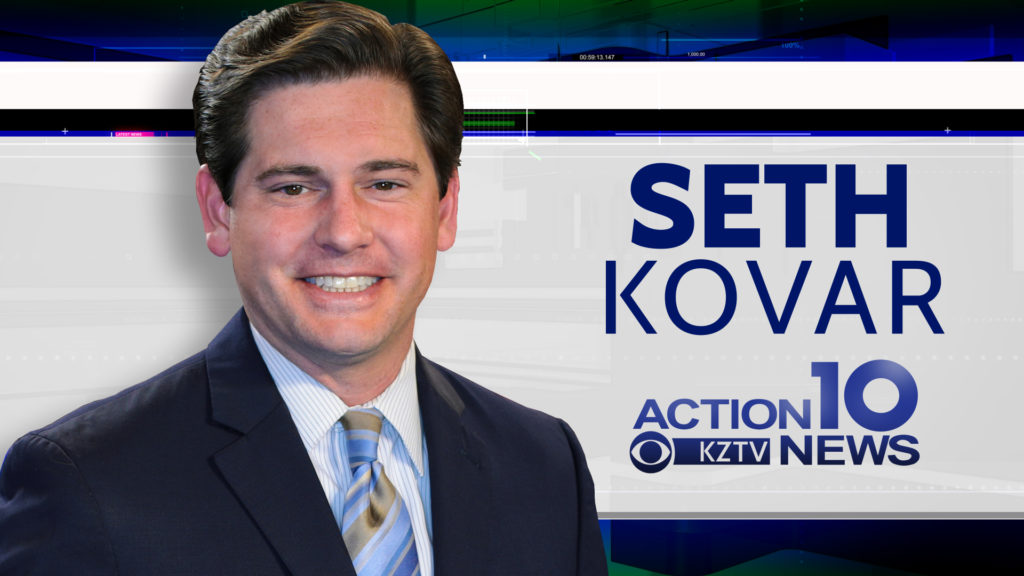 Seth joined the Action 10 News Team October 1, 2018 as an evening reporter and fill-in anchor. Immediately he felt reinvigorated in his chosen career path. For more than a decade, Seth had worked primarily as an anchor. Finding, producing, and delivering stories on a daily basis was a challenge that he was excited to take on.

A native Texan from Plano, Seth is now working in his third TV market in the Lone Star State. He began his career in 2003 as a weekend reporter/weekday photographer at KXII in Sherman. From there he moved to Central Texas where Seth twice worked at KXXV in Waco. From 2005-2011 he reported and served as one of the morning anchors. Seth returned to the same station in 2016 to work as one of the evening anchors.

In between his stints in Waco, Seth worked at WDBJ in Roanoke, Virginia. Two months after leaving that station to take an off-air position at CNN in Atlanta, two of his friends and former WDBJ coworkers were gunned down by a disgruntled former colleague while on a live report. Every August 26, Seth wears his teal and maroon ribbons to honor Alison Parker and Adam Ward. Teal was Alison’s favorite color. Maroon is in honor of Adam’s love for Virginia Tech athletics.

Seth is an avid Texas Ranger and Texas Longhorn fan. 2018 marked 30 straight Texas vs. Oklahoma football games that he’s attended. He’s happy to be able to make the three-hour drive to Austin for all home games. Seth also enjoys cooking and traveling.

If you want to share a great story idea with Seth, send him an email at skovar@kztv10.com.