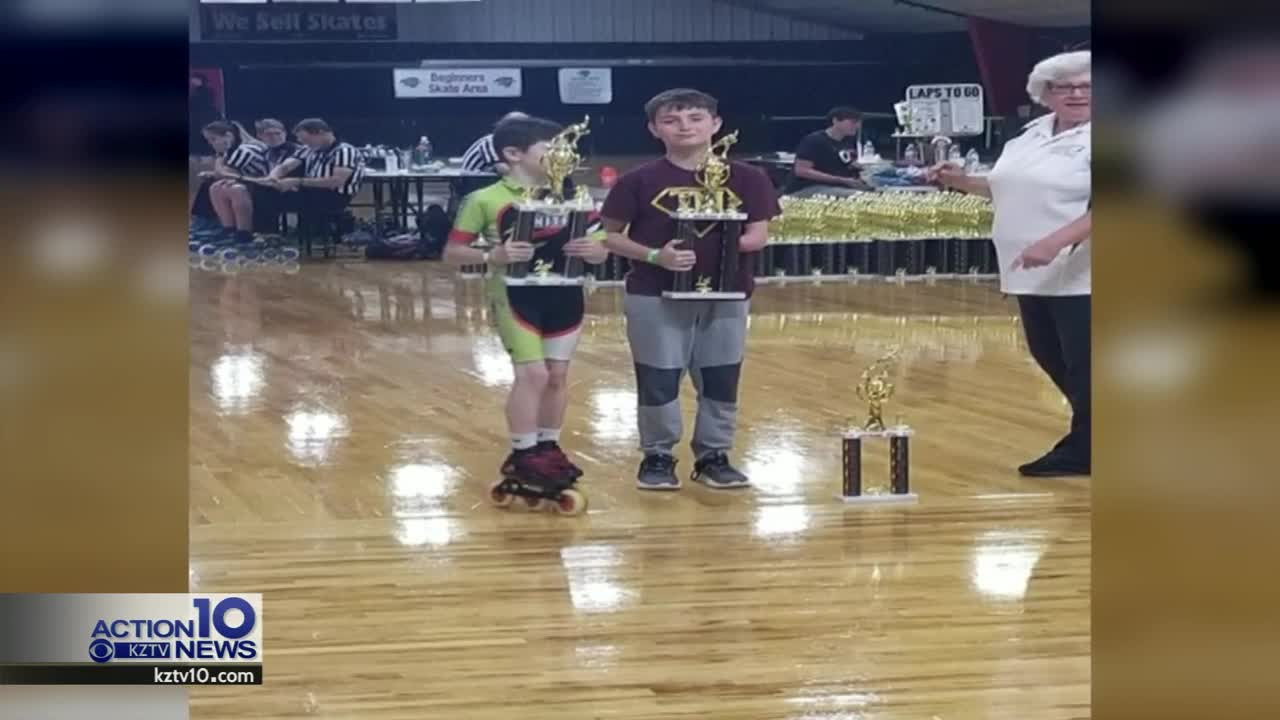 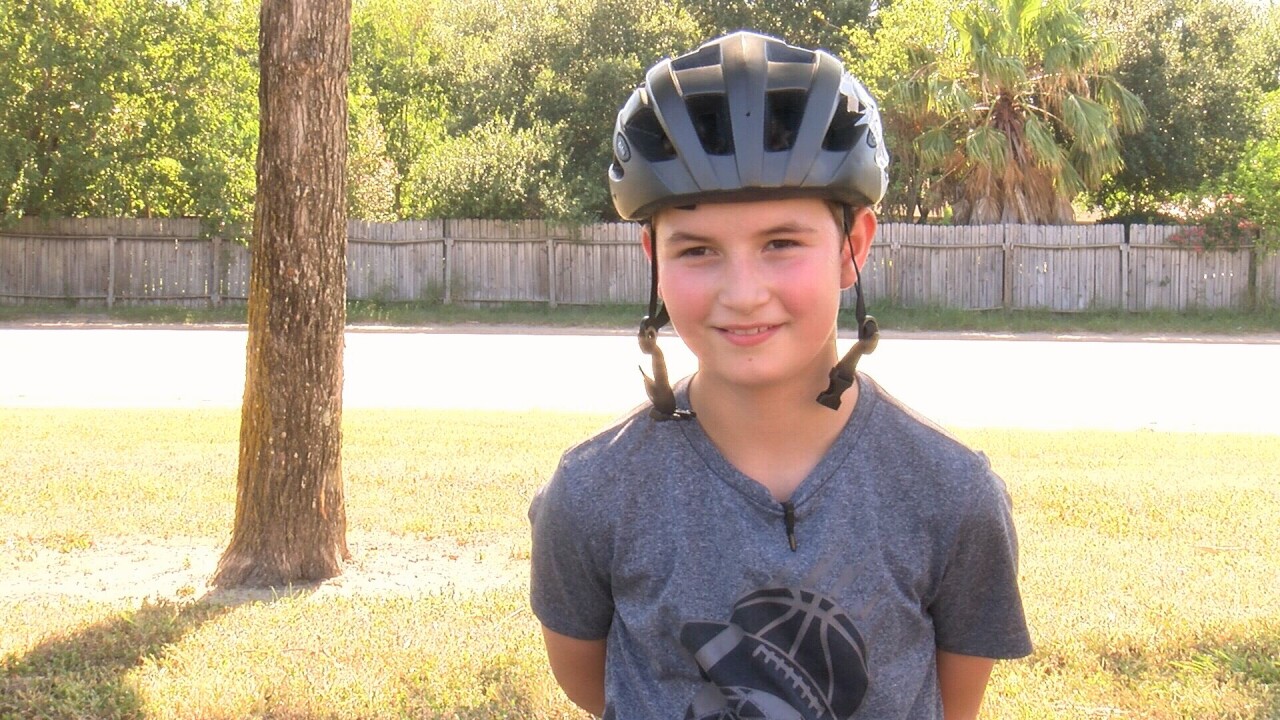 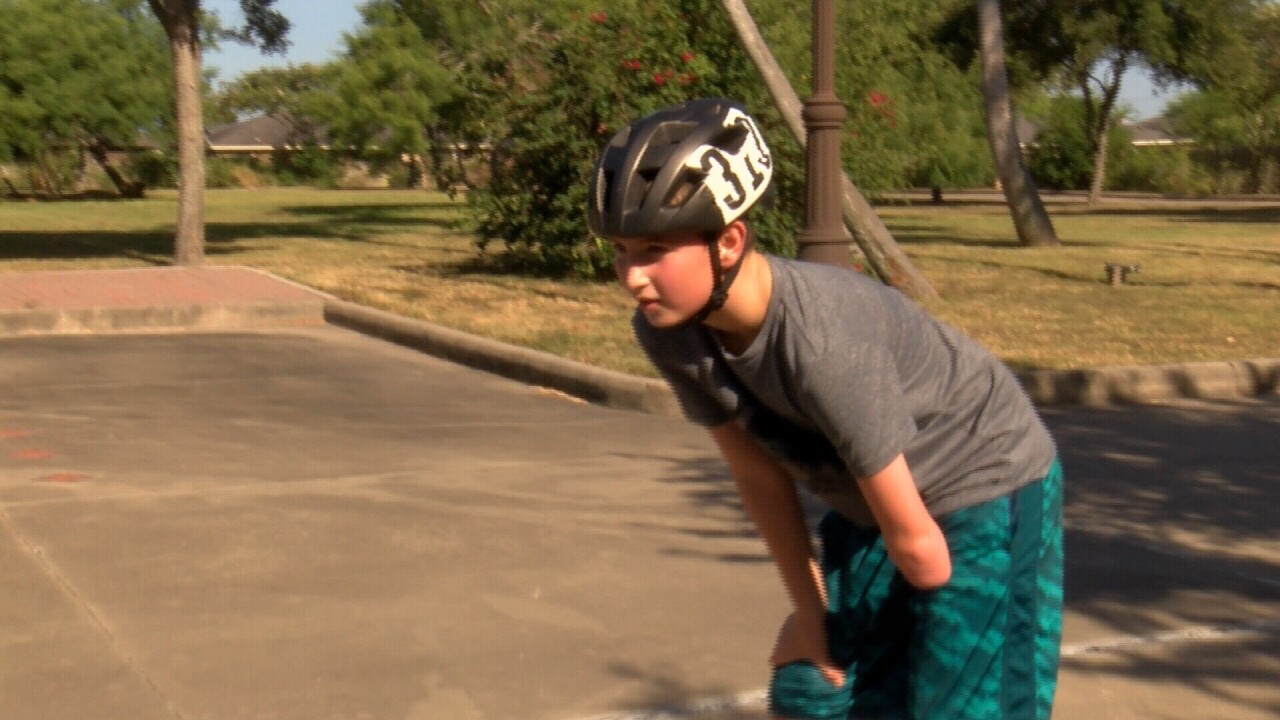 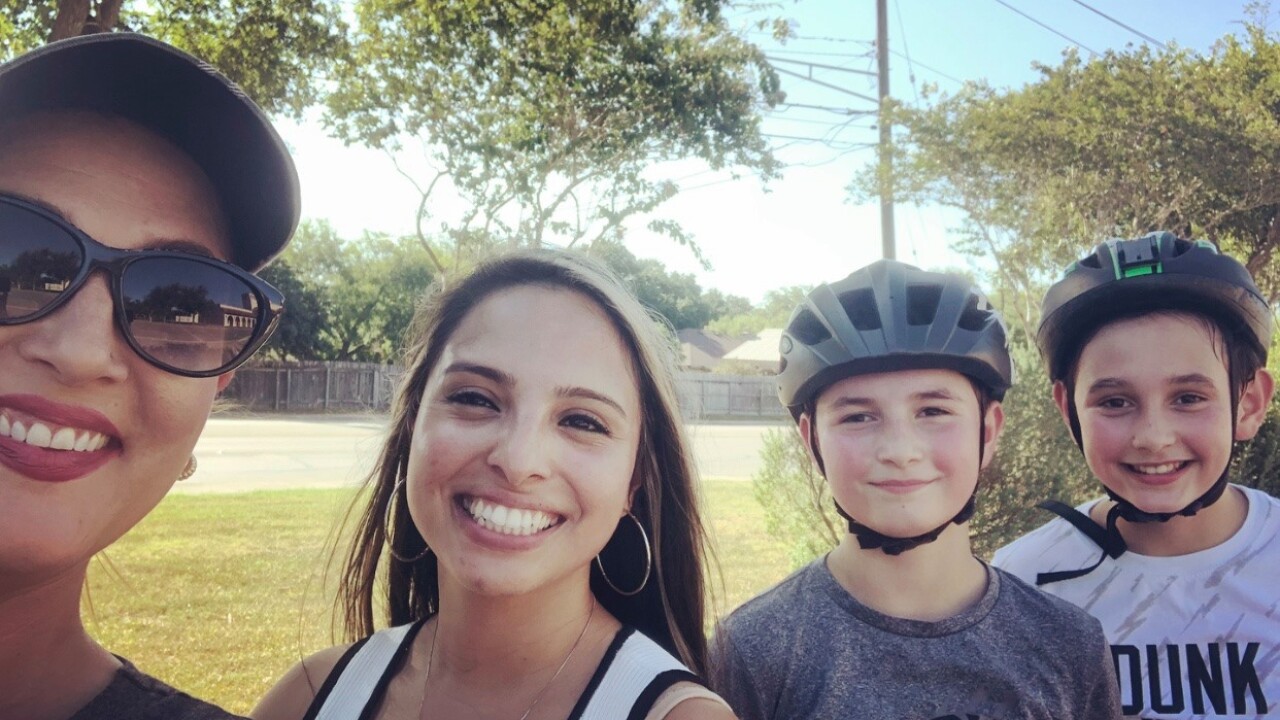 CORPUS CHRISTI, Texas — On any given day of the week, an empty parking lot like this turns into a practice zone for 10-year-old Joshuah Carbajal.

“It's just really fun to do and its active it’s like working out and having fun at the same time,” said Joshuah.

Joshuah has been roller skating since he was seven, and just this year took it up as a competitive sport, not letting the fact that he only has one arm stop him.

“He works with what he has and he works with it well,” said Teri Carbajal, Joshuah’s mom.

Teri found out about his condition during her first sonogram, the same day the nurse told her she was having a boy.

“I happened to see where she was labeling body parts and she labeled arms but I only seen one and I asked her what is going on,” said Teri. “From there several doctors came in and ultimately the doctor told me he was going to be born with one arm.”

The Carbajal family has never let Joshuah believe he is different and has always encouraged him to excel.

In May, Joshuah competed in Regionals and earned a bid to go to Nationals.

“He brought home some trophies and that made it more exciting for him,” said Teri.

And on July 30, he's expected to be at the 2019 USA Roller Sports National Championships.

But he needs your help.

His mother created a GoFund Me page in hopes of rallying the communities to help the family afford to send Joshuah to Spokane Washington, where the finals will be hosted.

“We've recently had some hard times we've had family emergencies come up which has caused both myself and their father to not be able to work for extended periods of time,” said Teri. “And because I believe that if anybody deserves to go, Joshuah does.”

If joshuah wins, or even places in Nationals, he'll be the first to do so as a competitor with just one arm.

“It would be cool for people to see how I do it and make them want to start doing stuff just because they think that they're not good enough,” said Joshuah. “Just keep doing it just keep trying.”

For his family, it would be just another example of how Joshuah can do anything and everything that everyone else can do.

"We're looking forward to bringing back some medals,” said Teri.