Former CBC Employee Claims She Was Asked to Break the Law 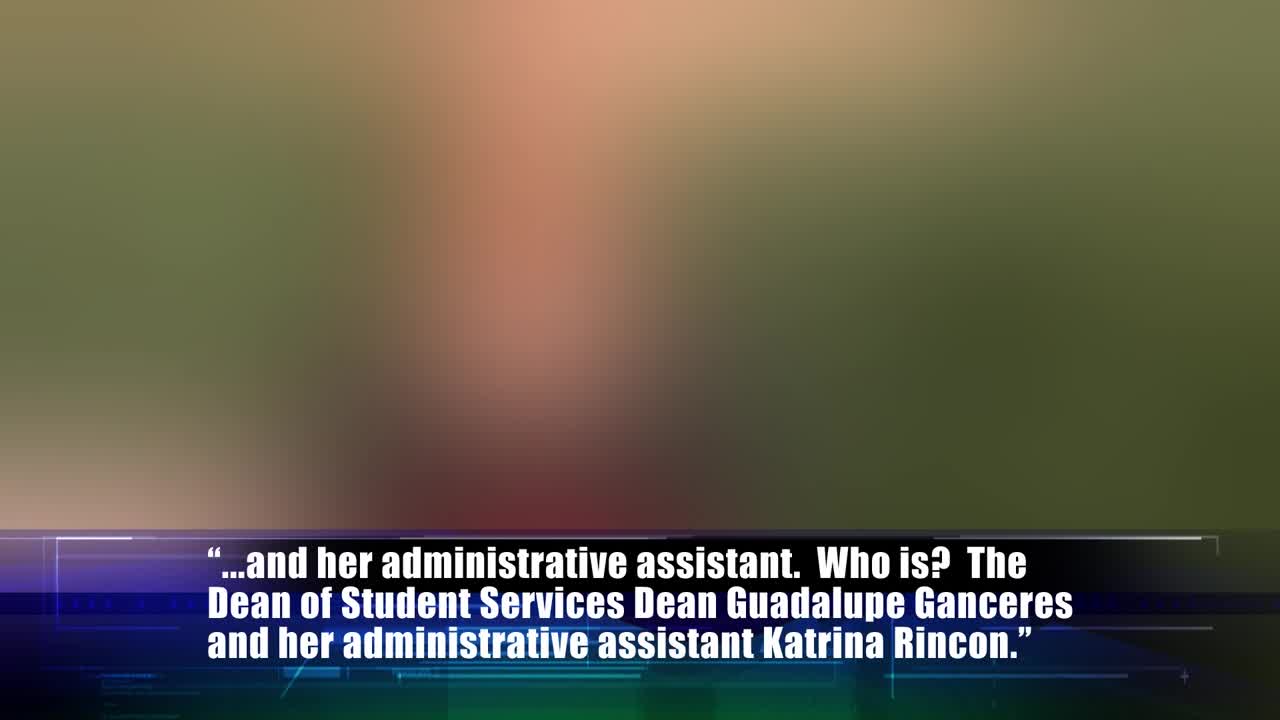 CORPUS CHRISTI, Texas — We have a new Troubleshooters report tonight.
A Coastal Bend College employee approached us, wanting to speak out about the circumstances that led to her getting fired.
But she only agreed to tell us her story if we didn't show her face, and disguised her voice.
"I don't want my face shown because I'm not doing this for attention. And I don't want anybody to misinterpret that, or misjudge that. And then I also don't want my family to have any consequences."

She's a single mother, and was a student services-academic advisor and recruiter at Coastal Bend College's Kingsville campus for a little more than a year.
But in June 2019, she was fired, for insubordination.
She says it was for cooperating with the Texas Higher Education Coordinating Board's investigation of CBC.
She told the Troubleshooters she had to do it.
"To expose the corruptness that I was seeing on a daily basis. Done not only to the employees, but also to the students."

Our Troubleshooter reports, along with the Coordinating Board's investigation, led to the removal of Dr. Beatriz Espinoza as college president in June.
Additionally, CBC has refunded nearly half a million dollars in grant money and questionable expenses to the Coordinating Board, and is making some policy changes.

But this former employee tells us Coastal Bend College asked her to break the law by depositing school funds, estimated to be between $300-$6000, into her personal bank account, and then conduct school business with it.
"Did you ever put the money in your personal account ? I did not. I strongly declined. Who approached you about putting this money in your own account ? So that directive would have came from the dean of student services, and her administrative assistant. Who is ? The Dean of Student Services Dean Guadalupe Ganceres and her administrative assistant Katrina Rincon."

The former employee says she was approached to do this more than once.
"They were almost putting me in a position of entrapment because my hands were tied. So either I took this money from the college to do my job for student activities, or I didn't do my job, and didn't do the student activities, and got terminated anyway."

She says she told this same story to the Coordinating Board, as part of their investigation, and that they were baffled by it. Couldn't believe it, and 'would' look into it.

By the way, the former employee also told us she filed a grievance to get her job back, but it was dismissed.

In a statement, Coastal Bend College denies this former employee's allegations, writing, there was no misuse of public funds.
Adding, that checks *were written to employees for CBC events.
The employee was to then cash the check, buy what needed to be bought, submit receipts and any balance of money, along with an expense report.
The CBC further claims, it no longer writes checks to employees.

Additionally, CBC says it encourages all employees to cooperate with any inquiries from any outside agency, including the Texas Higher Education Coordinating Board.