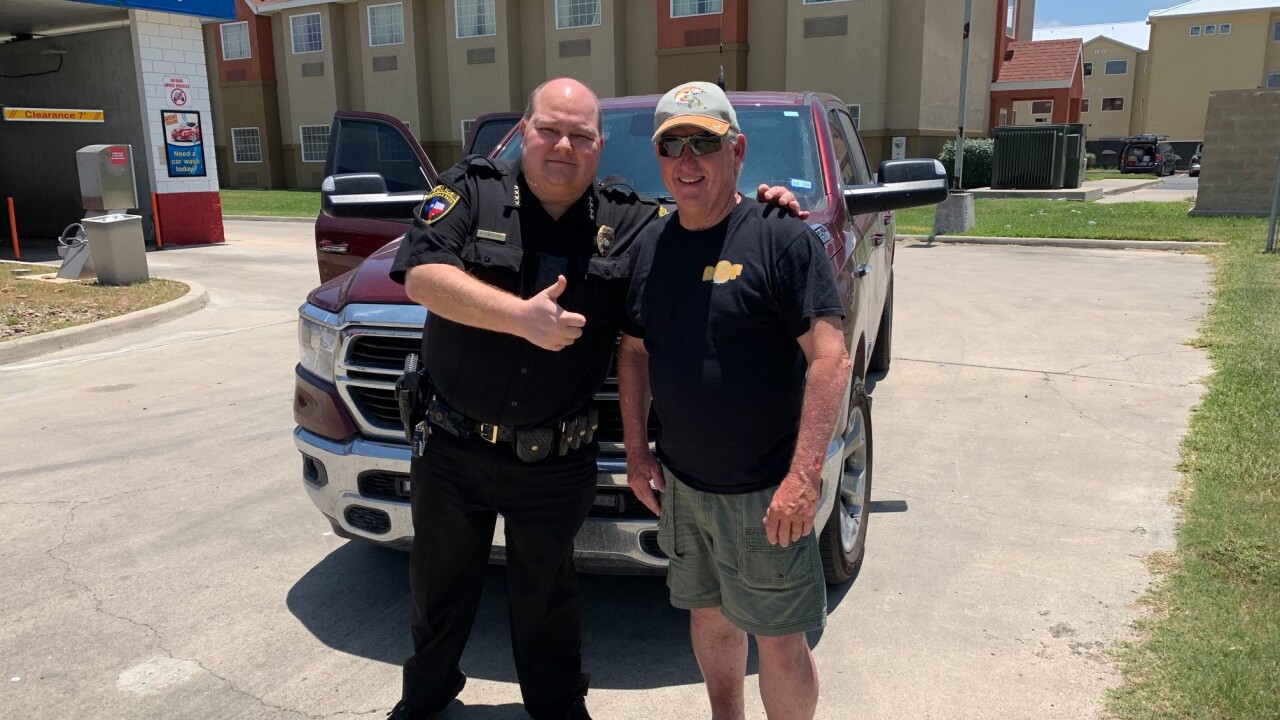 The Police Chief with the Aransas Pass Police Department is praising the actions of a good Samaritan after he assisted an officer.

According to Chief Eric Blanchard, an APPD officer spotted a woman who allegedly stole a garbage can lid Tuesday afternoon. According to police, after the officer discovered the female suspect, the officer tried to detain the woman, but she resisted, and there was a struggle.

That is when Aransas Pass resident Ronald Lamb decided to assist the officer in getting the suspect under control.

Because of Lamb's actions, police were able to take the female suspect into custody.

Though the female suspect and officer were not injured, Mr. Lamb did sustain minor injuries from assisting.

A picture of Chief Eric Blanchard and Lamb were shared on social media, with Chief Blanchard thanking the good Samaritan.