You Can Buy An Adorable Baby Yoda Tiki Mug 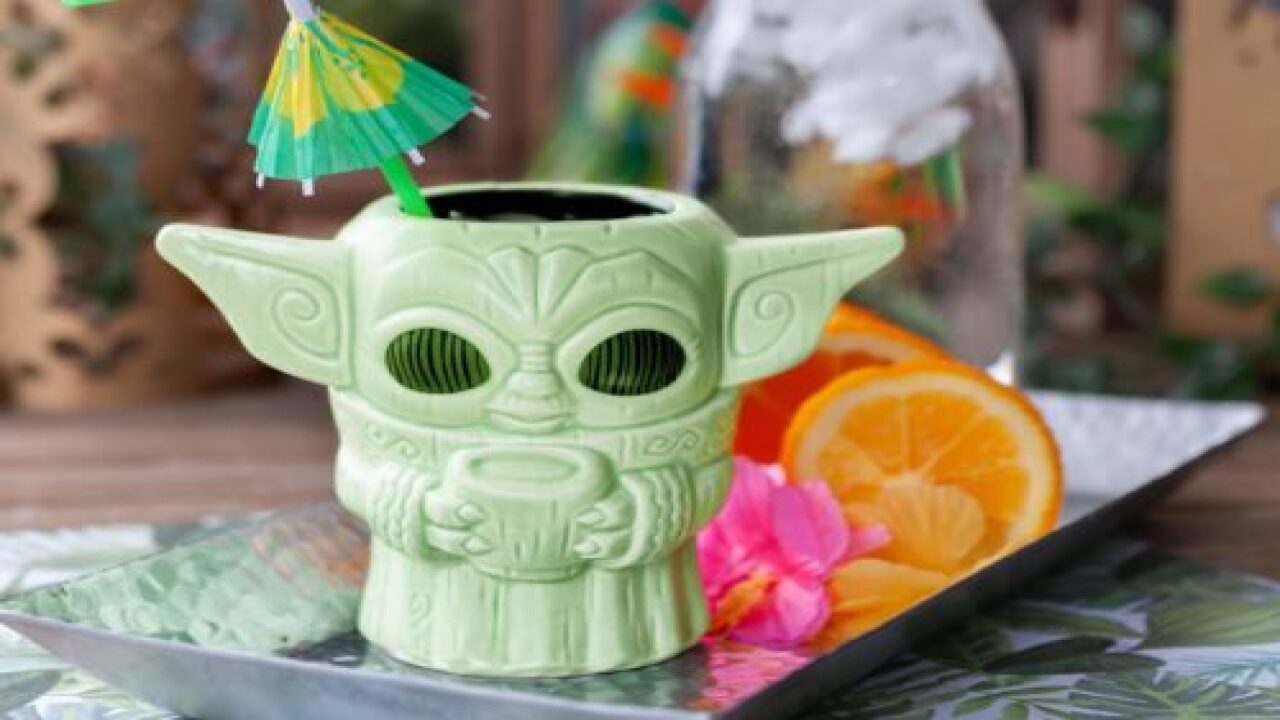 New episodes of the hit Disney+ series “Star Wars: The Mandalorian” aren’t scheduled to hit the streaming channel until October 2020. But fans still can’t get enough of the breakout character of the series: Baby Yoda.

Ok, viewers of the series know the character is really known as “The Child,” but its striking resemblance to Jedi Master Yoda of the “Star Wars” movies resulted in the nickname. Shortly after the show debuted, Baby Yoda items started popping up everywhere. The Child could be found in mini-figure form, as a stuffed animal, and even as a crochet pattern!

If you’ve ever wanted to just sit and have a drink with this cute little creature, then we found the perfect thing for you: a Baby Yoda Tiki Cup!

Maybe you never imagined this force-sensitive little guy (or girl — we’re not exactly sure, after all!) at your pool party. But, the geniuses at Toynk.com saw the way to make it happen.

This ceramic tiki mug holds 16 ounces of your favorite drink (even blue milk if that’s your thing.) Each mug costs $25.99 and will ship on July 27 if you buy today.

If the 16-oz. mug isn’t enough to satisfy your Star Wars fanaticism, you can also pick up a three-pack of mini Baby Yoda tiki mugs!

These miniature ceramic mugs have a 2.5-ounce capacity. And, while they are great for a small drink for the kids, we kind of love the idea of serving some adult beverages with this tiny trio!

We think the force will be strong with this entire Baby Yoda mug collection. Get yours before they run out again so you have them in time for the next season of “The Mandalorian” when it debuts in October.