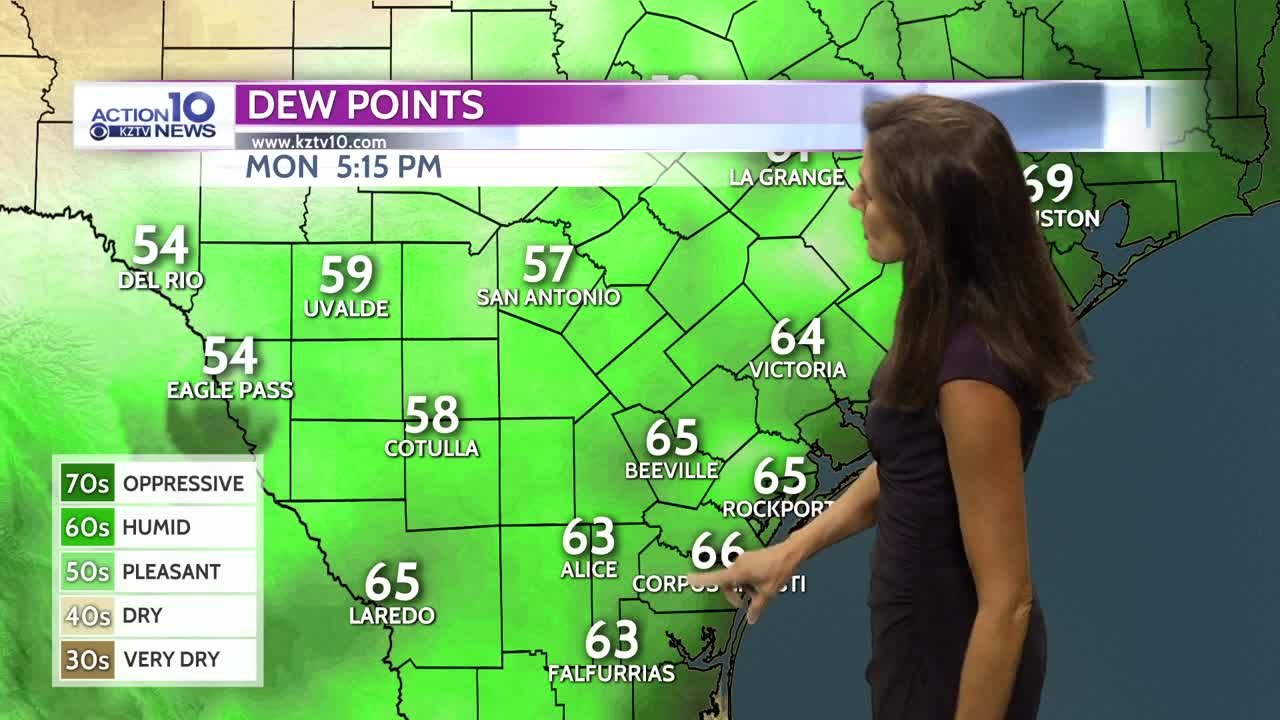 Our first cold front of the season moved through Monday, although it didn't feel like it with highs in the 90s and a record high in Corpus Christi. Drier, slightly cooler air is moving in for Monday night and Tuesday with morning lows in the 60s and highs staying in the 80s to near 90 Tuesday with a northerly breeze and lower humidity. Winds will shift to the southeast Wednesday and temperature and humidity will start to rise with highs in the low 90s by Thursday. A stronger cold front is forecast to move through during the day Friday with much cooler and drier air moving in behind it Friday night and Saturday. It will feel like fall this weekend as we stay in the 70s for highs Saturday and low 80s Sunday with plenty of sunshine. Winds will be gusty and from the north Friday night into the first half of the day Saturday but will be lighter Sunday. Nights will drop into the upper 50s to lower 60s Friday and Saturday nights.

Monday night: Partly cloudy with lows in the mid to upper 60s inland to near 70 at the coast and north-northeast winds up to 18 mph.

Tuesday: Mostly sunny, warm and dry with highs in the mid 80s to near 90 and north-northeast winds up to 12 mph.

Tuesday Night: Mostly clear with lows in the upper 60s inland to low 70s at the coast.

Wednesday: Mostly sunny with highs near 90 and east-southeast winds up to 18 mph.

Thursday: Partly cloudy and hot with highs in the low to mid 90s inland and upper 80s at the beaches. South-southeast winds at 12-20 mph will be breezy in the afternoon.

Friday: Partly cloudy with scattered showers and t-storms and highs in the upper 80s to low 90s. Southeast winds will be gusty, up to 30 mph late in the day, shifting to the north by evening as a cold front moves through.