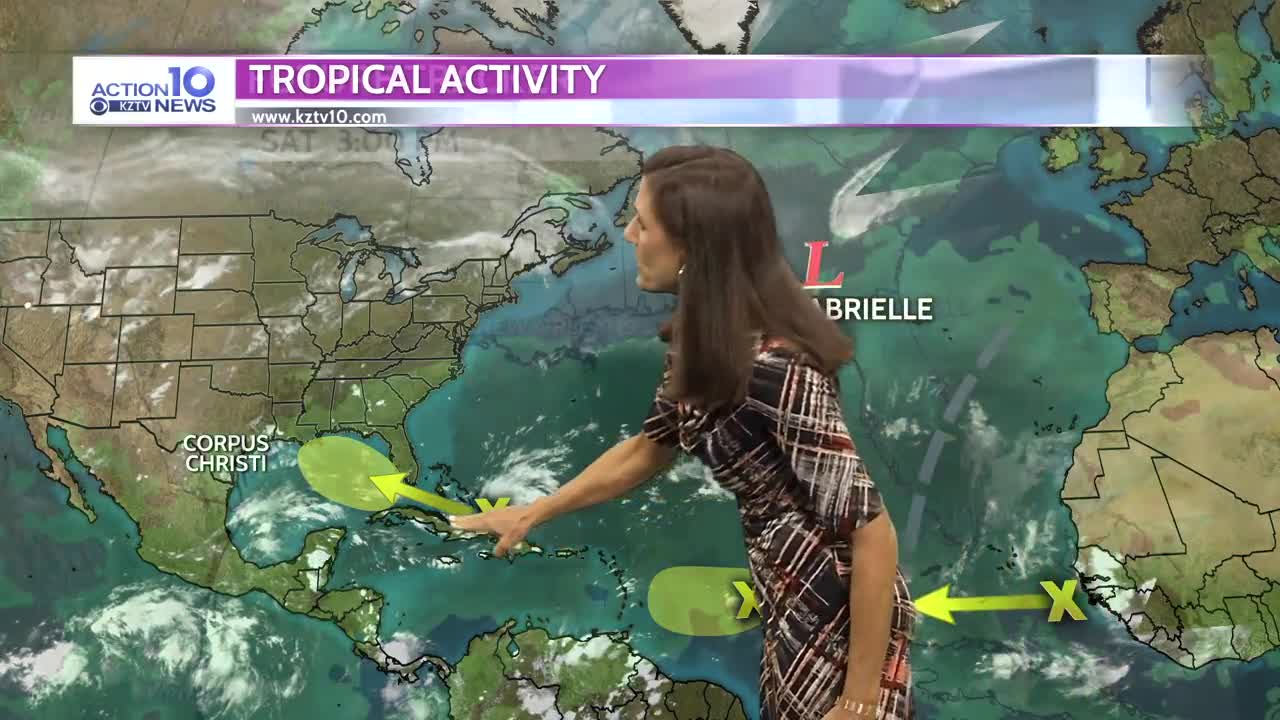 An upper level circulation over south Texas will continue to send tropical moisture into south Texas from the Gulf through Thursday, giving us more shower and t-storm chances. Drier air moves in late Thursday through Saturday and only isolated showers are expected with mainly dry weather to start the weekend. Temperatures will be near normal through Friday, warming a couple degrees Saturday. A tropical wave is forecast to move into the eastern Gulf this weekend and will spread moisture to the west, increasing our rain chance from Sunday through next Tuesday. There is still some uncertainty on where this wave will track and how much more it will develop so we will continue watching it and will have updates as new data comes in.

Tuesday Night: Partly cloudy with a chance of coastal showers and t-storms by morning and lows in the mid to upper 70s inland and near 80 at the beaches.

Wednesday: Scattered showers and t-storms with high temperatures in the low to mid 90s inland and upper 80s at the beaches with heat indices up to 104. Winds will come in from the southeast at 8-15 mph.

Thursday: Widely scattered showers and t-storms with highs in the lower 90s inland and upper 80s at the beaches.