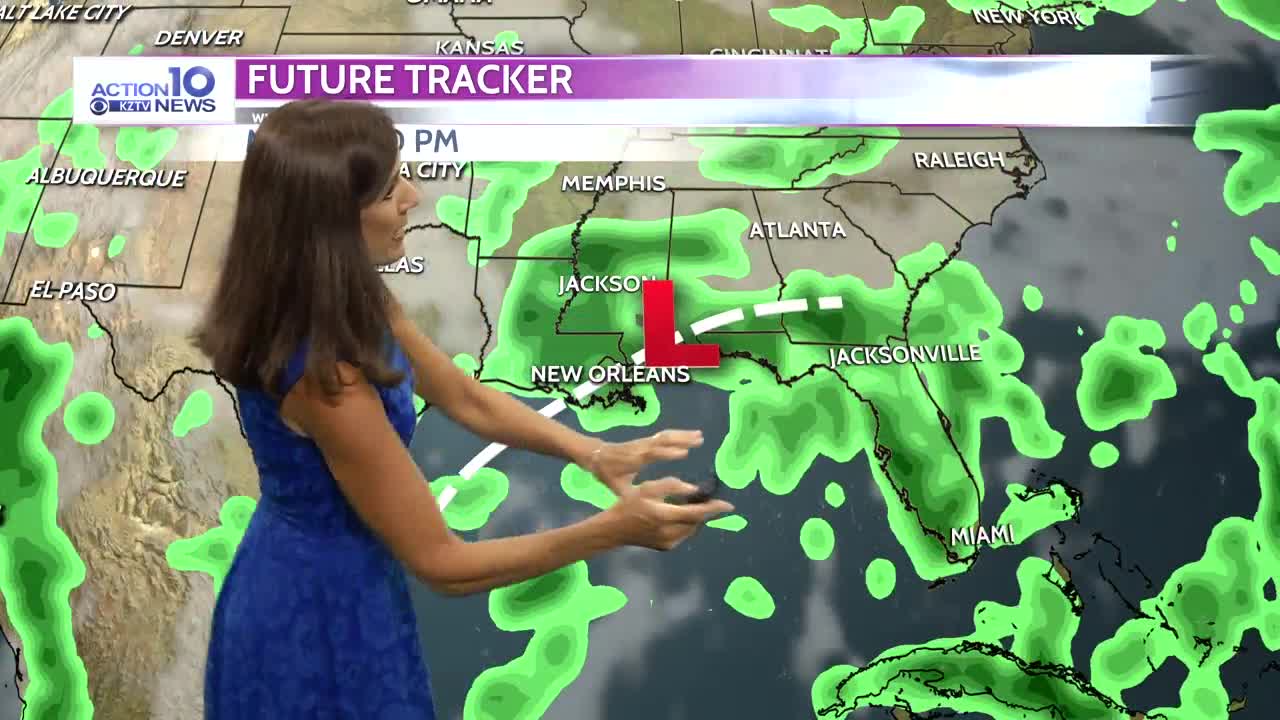 The Coastal Bend will continue to have a chance of showers and t-storms through Thursday before drier air moves in Friday and Saturday, keeping our rain chances isolated. Temperatures will warm a couple degrees with increased sunshine, and afternoon highs will reach the low to mid 90s inland and upper 80s to near 90 at the beaches through the weekend. Heat indices will reach up to 103. A tropical wave which is currently near Cuba is forecast to slowly develop as it moves into the eastern Gulf Saturday, spreading tropical moisture westward through early next week. This wave could become a tropical depression and at this time is forecast to move northwest toward the central Gulf Coast. It will be something to watch over coming days but at this time is not expected to affect south Texas. For us, our chance of tropical showers and storms increases from Sunday through next Tuesday as atmospheric moisture increases.

Wednesday Night: Showers and isolated t-storms are possible late night into early morning Thursday with lows in the mid 70s to near 80 and light east-southeast winds.

Thursday: Widely scattered showers and t-storms in the morning, becoming more spotty in the afternoon and ending. Highs will reach the upper 80s at the beaches to the low 90s inland. Heat indices will reach up to 102.

Friday: Partly cloudy with an isolated shower or t-storm chance and highs in the low to mid 90s inland and upper 80s to near 90 at the beaches.