Little change in our weather through the weekend 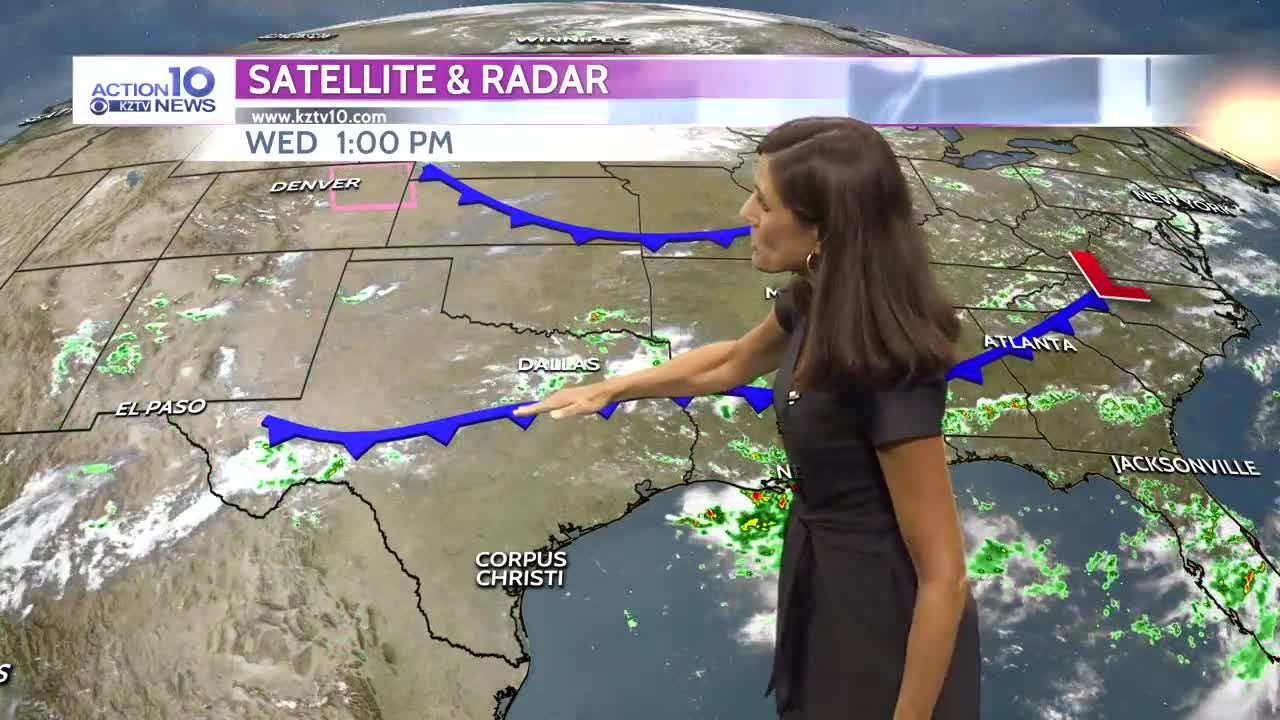 Every day this month high temperatures have gone above the 30 year average and this trend looks to continue through early next week. There is a weak frontal boundary moving into central Texas which has produced a few showers and storms to our north, bringing slight relief to northern Texas. This front will fizzle out before it can make it here and rain stays mainly north. There is a chance of a stray shower Thursday in the Coastal Bend, but most areas will miss out on any rainfall.

Wednesday Night: Partly cloudy with lows in the mid to upper 70s inland and near 80 at the beaches with southeast winds decreasing to near 5 mph by morning.

Thursday: Partly cloudy, hot and humid with a stray shower chance. Highs will reach the upper 80s to near 90 at the beaches to the upper 90s to 103 inland with heat indices from 105 to 113 degrees. East to southeast winds will increase to 15 mph in the afternoon.

Friday: Mostly sunny with more sweltering heat as high temperatures reach near 90 at the beaches to the upper 90s in Corpus Christi and up to 103 inland. Southeast winds will increase up to 18 mph in the afternoon.

Weekend: Mostly sunny, breezy, hot and humid with highs from 90 at the beaches to 105 well inland and heat indices reaching 105-114 degrees. Southeast winds will increase to 15-25 mph.