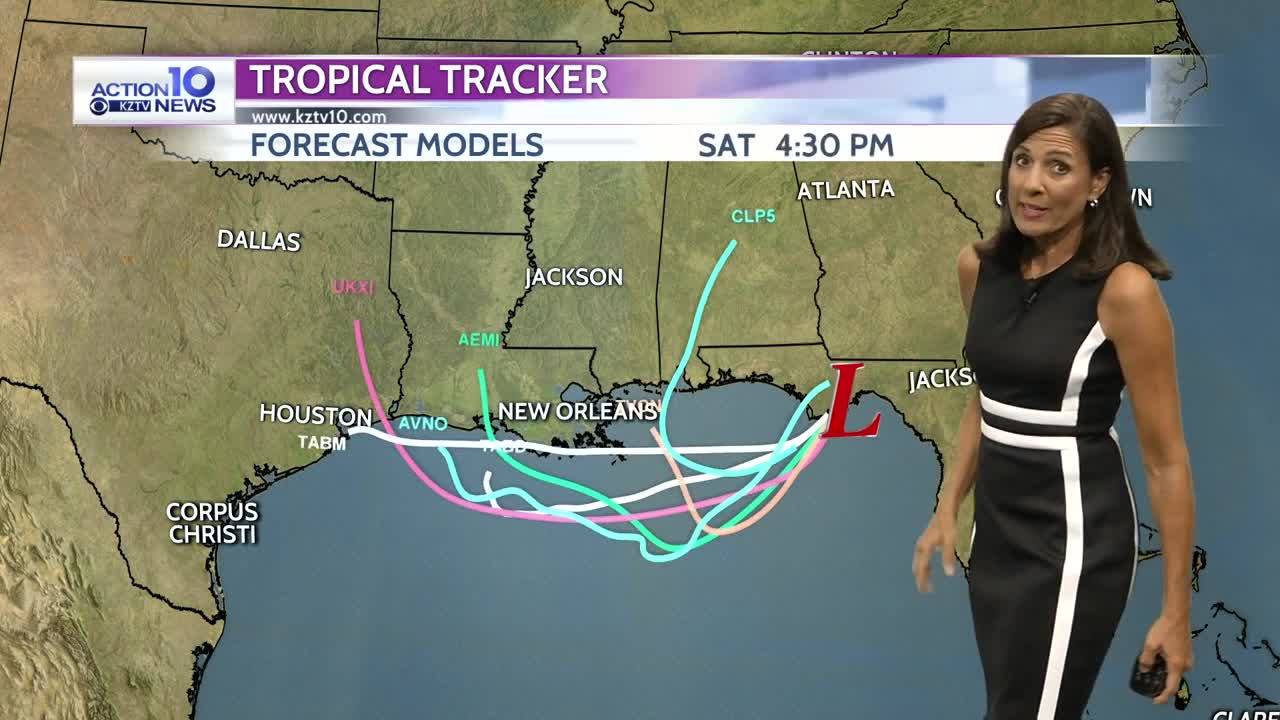 The dome of high pressure aloft to our west continues to keep us in a dry weather pattern with above average temperatures this week in south Texas. Heat indices will reach 105-112 the next few days as temperatures climb into the mid 90s to near 100 inland and upper 80s to 90 at the beaches with lighter winds from Thursday into Friday. An area of low pressure in the northeastern Gulf has a 70% chance of developing into a tropical storm in the next 2 days and an 80% chance in the next 5 days as it moves west. Forecast models are currently taking this system into Louisiana sometime Saturday but there is still uncertainty on it's exact path and something we'll watch through the week. Deep tropical moisture moving west with the upper level wave will give us a chance of showers starting late Friday and through the weekend but at this time the chance is low. We'll have to watch for increasing long periods swells and a high rip current risk this weekend along with water coming higher up on the beaches.

Tuesday Night: It looks partly cloudy, warm and muggy with lows in the upper 70s to low 80s and southeast winds at 8-16 mph.

Wednesday: We'll have more sweltering heat with highs reaching near 100 inland, mid to upper 90s around Corpus Christi and upper 80s at the beaches with southeast winds at 12-20 mph. Heat indices will reach 105-111.

Thursday: Temperatures will stay above average, reaching the mid to upper 90s in Corpus Christi, near 100 well inland and near 90 at the beaches with southeast winds at 8-15 mph.