Hot start to the weekend with increasing rain chances 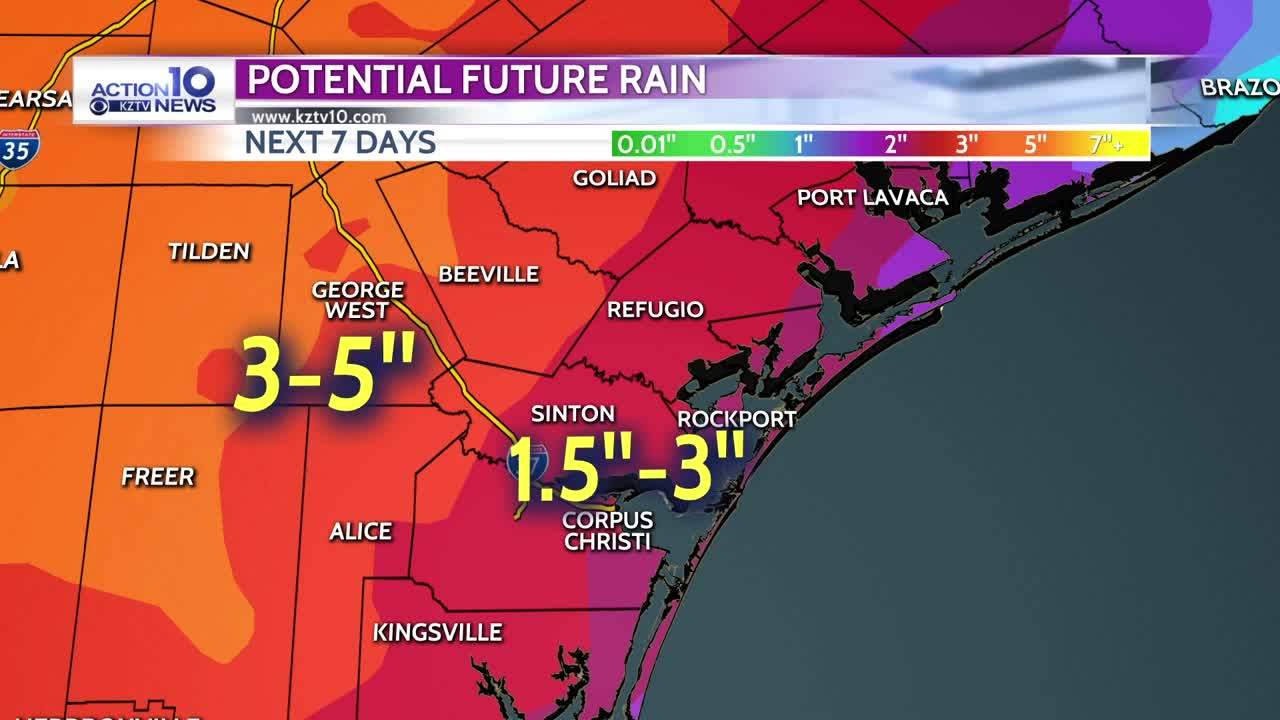 The Memorial Day weekend is what many consider the start of summer and it will certainly feel like it Saturday as the heat and humidity continue. Except for an isolated shower, it looks dry Saturday but that will changes as we head into Saturday night and Sunday. Upper level waves will track through south Texas through next week as a deep upper level trough of low pressure moves in from the west. This will give us an unsettled weather pattern with rain chances each day. Showers and t-storms look more likely in the overnight to early morning hours Saturday through Monday although a few could pop up in the afternoons. A weak cold front is expected to move into south Texas and stall out late Tuesday which would give us a better chance of widespread rain. Heavy rain is likely in strong storms and an isolated severe storm with large hail or damaging wind is possible, especially in our western counties. Rainfall projections for the next 7 days come in at one and a half to five inches of rainfall with highest totals inland.

Saturday: Morning clouds with an isolated shower chance then partly cloudy, hot and humid with highs in the mid 90s inland to the low 80s at the beaches. Heat indices will reach 100-108 in the afternoon with southeast winds at 15-22 mph.

Saturday Night: Chance of showers and t-storms with lows in the mid to upper 70s.

Sunday: Scattered showers and t-storms in the morning then becoming partly sunny with a chance of late day storms. Highs will reach the low 80s beaches to the upper 80s to near 90 inland with southeast winds at 10-20 mph.

Monday: Chance of showers and t-storms, mainly early then partly sunny, very warm and humid with highs in the low 80s beaches to 90 inland and southeast winds at 10-20 mph.