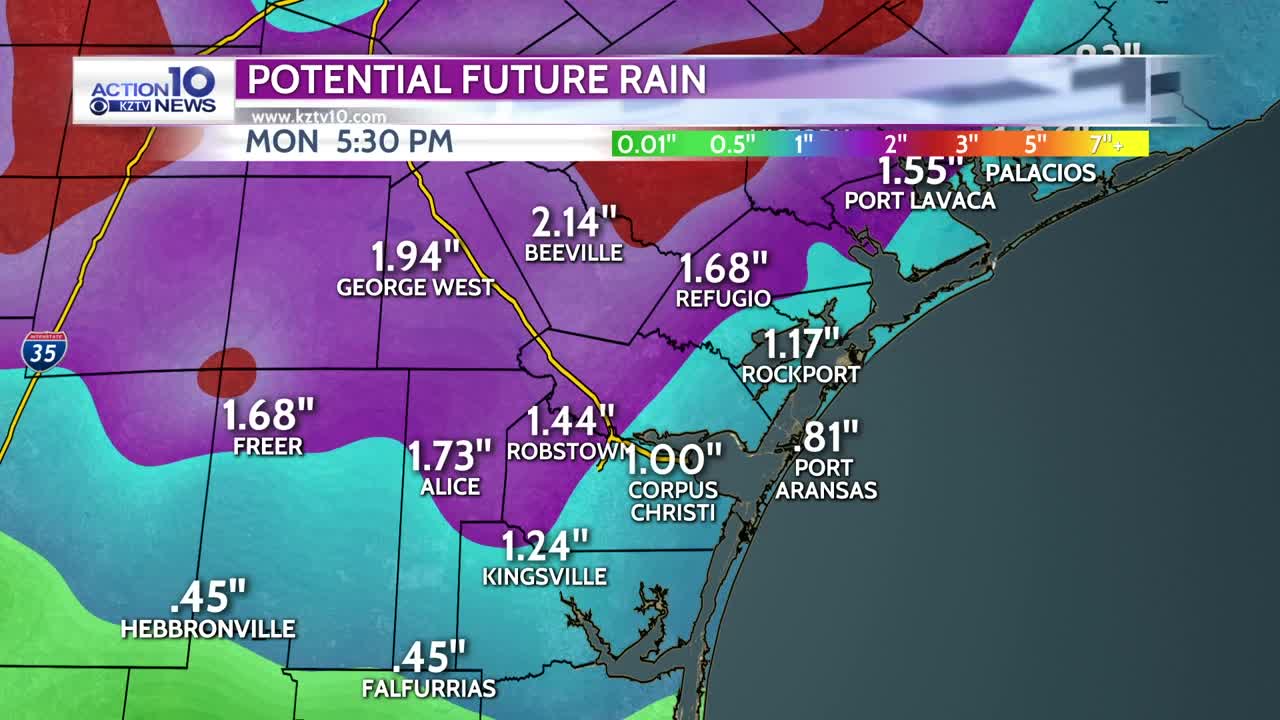 The work week will end with hot, humid weather but changes move in late in the weekend as a wave of low pressure aloft brings unsettled weather for Sunday and into early next week. Saturday will be the warmest and driest day of the weekend but Sunday we'll have a chance of showers and storms with the best chance late in the afternoon into the evening hours It will still be humid next but not as hot with temperatures in the 80s Sunday through next Wednesday. There is a chance of showers and t-storms each day through the middle of next week as waves of low pressure aloft move through occasionally. Forecast models project a total of 1 to 3 inches of rainfall.

Tonight: Mostly cloudy and warm with lows in the mid to upper 70s and southeast winds at 10-20 mph.

Friday-Saturday: Isolated shower chance with partly sunny skies and highs in the low 80s beaches to the low to mid 90s inland and heat indices from 100-108 in the afternoon. Southeast winds will increase to 15-25 mph.

Sunday: Showers and t-storms likely late in the day and overnight with high temperatures in the upper 80s inland to near 80 at the beaches and southeast winds at 10-20 mph.

Monday: Chance of showers and t-storms with highs near 90 inland to the low 80s beaches and southeast winds at 10-20 mph.