Building heat and humidity for the holiday weekend 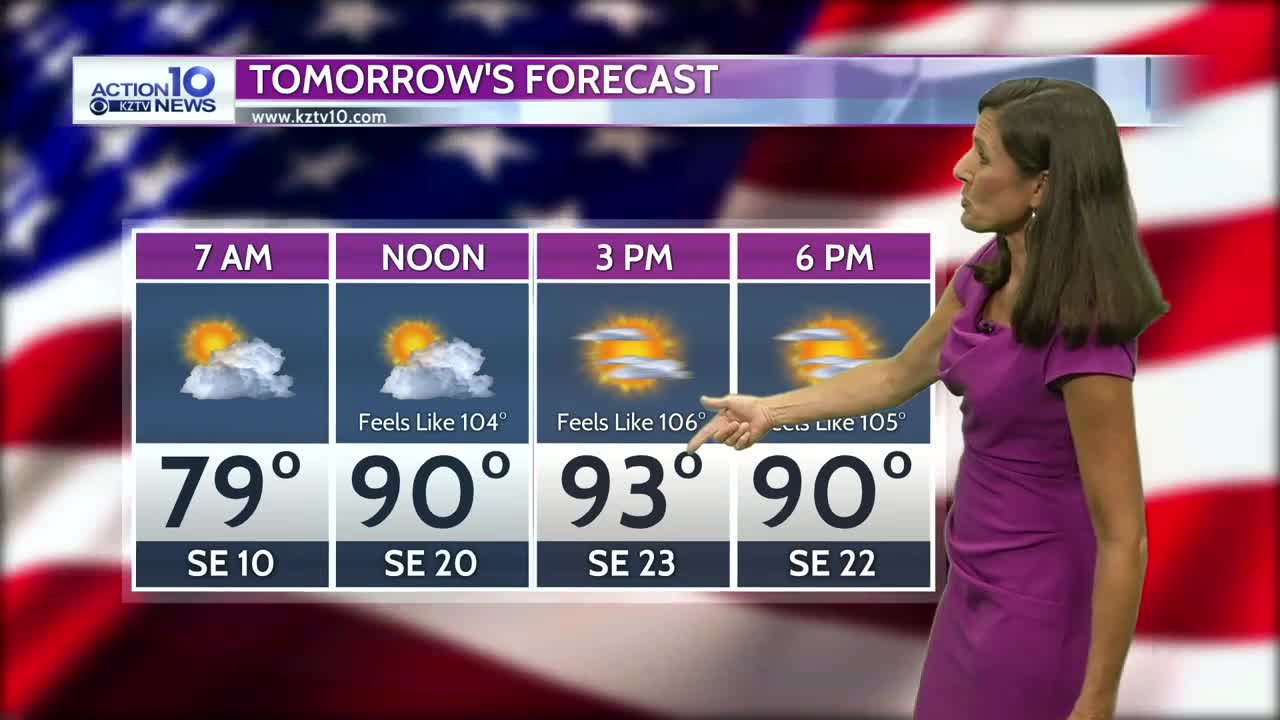 Independence Day looks hot, humid and windy with only an isolated storm chance inland during the afternoon and possible a stray morning coastal shower. Otherwise, we'll stay dry through the holiday weekend as a ridge of high pressure builds over south Texas and brings temperatures up, reaching the mid to upper 90s inland and upper 80s at the beaches. The humidity will make it feel like 103-109 through the weekend. It's going to be windy for the holiday with gusts up to 30 mph Thursday but winds will gradually decrease from Friday through the weekend. Nights will drop into the upper 70s to near 80.

Tonight: Partly cloudy, warm and breezy with lows in the upper 70s inland to 80 at the beaches.

Independence Day: A stray morning shower is possible along with an isolated afternoon storm well inland. Most areas will stay dry and it will be windy with southeast winds at 15-25 mph, gusting to 30 mph. Temperatures will reach the low to mid 90s inland and in the upper 80s at the beaches under partly to mostly sunny skies. Heat indices will reach 102-107 in the afternoon.

Friday-Weekend: It looks dry with partly to mostly sunny skies and highs in the mid to upper 90s inland and upper 80s at the beaches. Afternoon winds will be near 20 mph Friday but will drop into the teens this weekend.