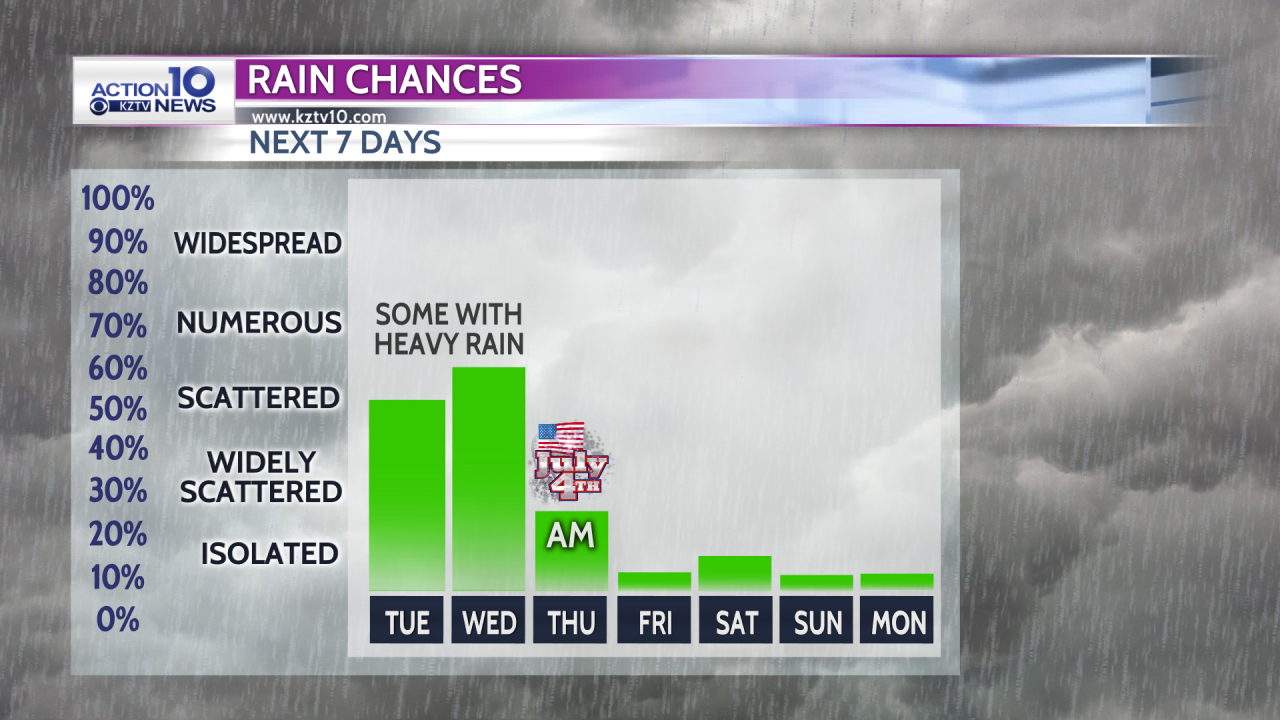 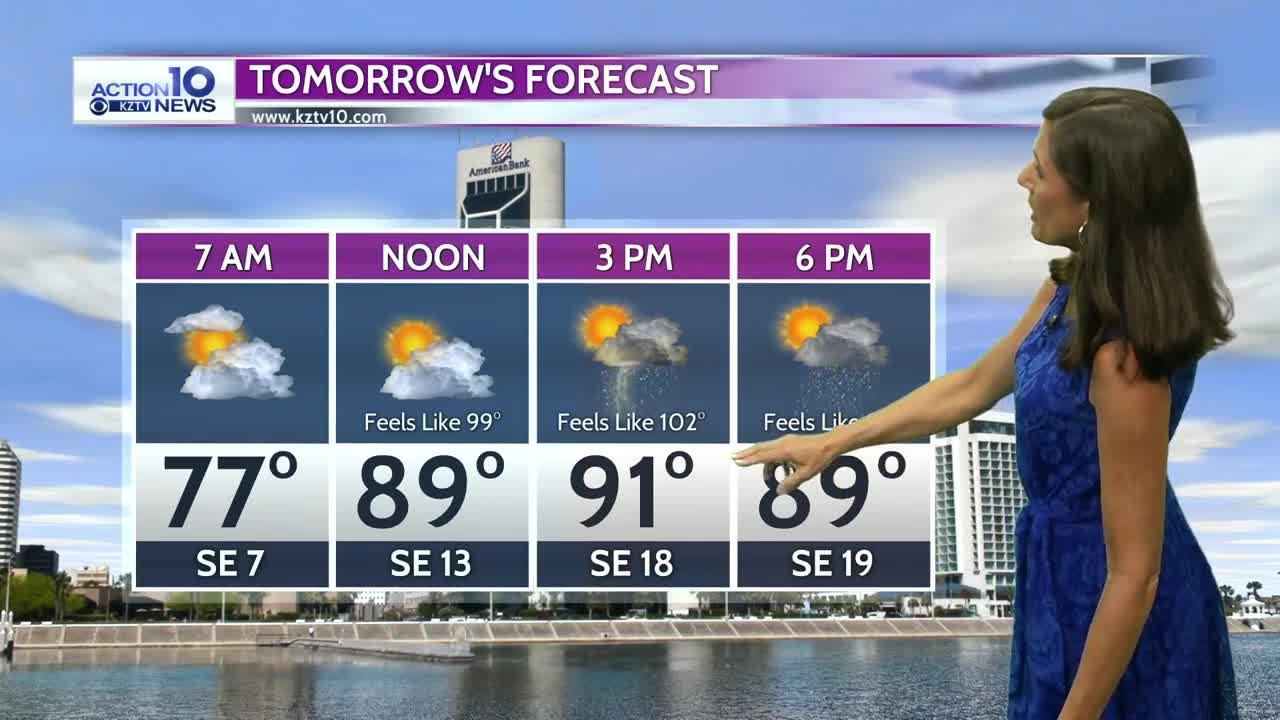 CORPUS CHRISTI — A wave of low pressure aloft will move across south Texas the next couple days, giving us a better chance of showers and t-storms through Wednesday. These will be scattered Tuesday and a bit more numerous Wednesday. Due to the tropical nature of this wave, locally heavy rain is possible with some of the storms. Rainfall amounts will be variable with up to two inches possible in areas where stronger storms move slowly or stall. As this wave moves out Thursday, rain chances drop with only isolated storms for the holiday and through the weekend. Temperatures will heat up for the end of the week, reaching the low to mid 90s with afternoon heat indices at 100-108. Also, it looks breezy for Wednesday and Thursday with southeast winds at 16-22 mph.

Monday night: Mostly cloudy with a chance of showers toward morning and lows in the upper 70s with southeast winds at 8-12 mph.

Tuesday: Partly to mostly cloudy with scattered showers and t-storms. High temperatures will reach the mid 80s at the beaches to the lower 90s inland with southeast winds at 15-20 mph.

Wednesday: Mostly cloudy with scattered showers and t-storms with high temperatures in the mid 80s to near 90 and southeast winds at 16-22 mph.

Fourth of July: Partly cloudy with a slight shower chance at the coast early and isolated storm chance inland in the afternoon. High temperatures will reach the upper 80s at the beaches to the mid 90s inland with afternoon heat indices up to 106.