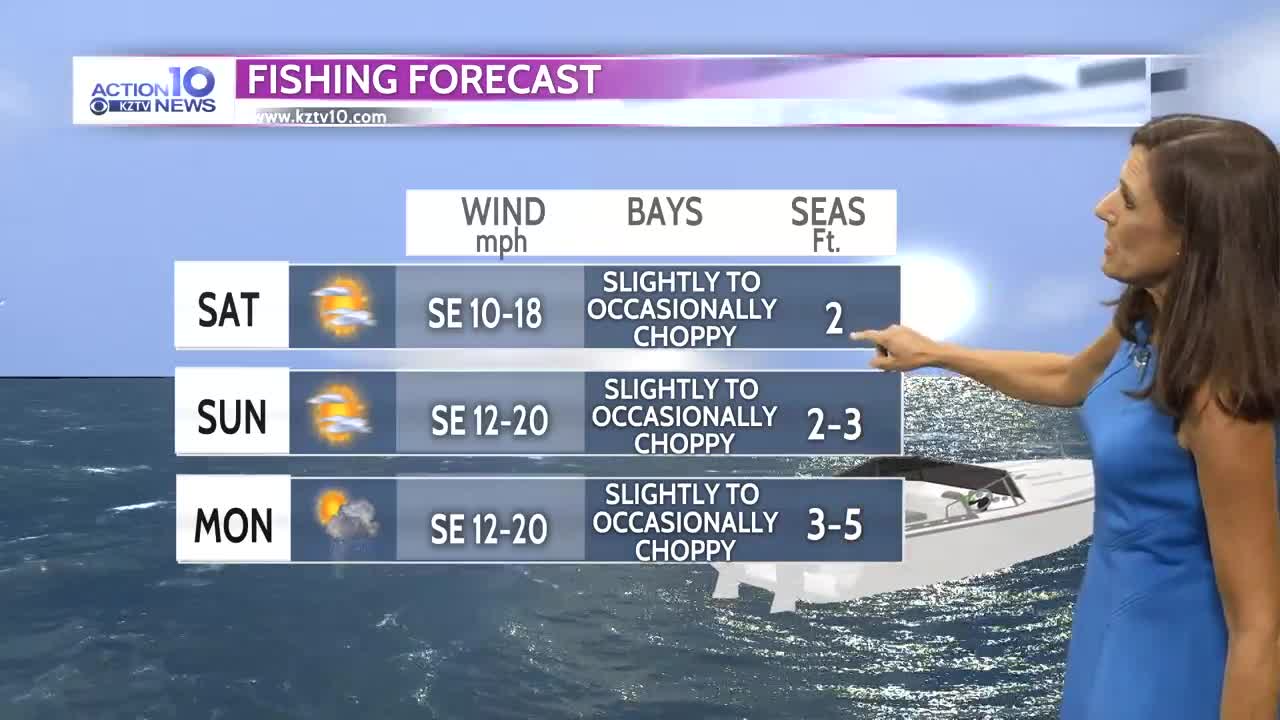 Drier air is moving in for the weekend, providing us with plenty of sunshine and heat. Winds will gradually increase from the southeast with a breezy afternoon Sunday as winds increase to near 20 mph and heat indices reaching 104-109 degrees. Moisture increases from Sunday night through Wednesday which will help showers and isolated storms to develop each day. These will be widely scattered and move inland in the afternoons with the sea breeze. Temperatures will also come down a couple degrees to near normal temperatures.

Friday Night: Areas of fog with lows in the mid 70s inland to the upper 70s to near 80 at the beaches and light southeast winds.

Sunday: Partly cloudy and breezy with highs in the mid to upper 90s inland and upper 80s at the beaches and southeast winds at 12-22 mph. Heat indices will reach 103-109,