Above average temperatures and less wind 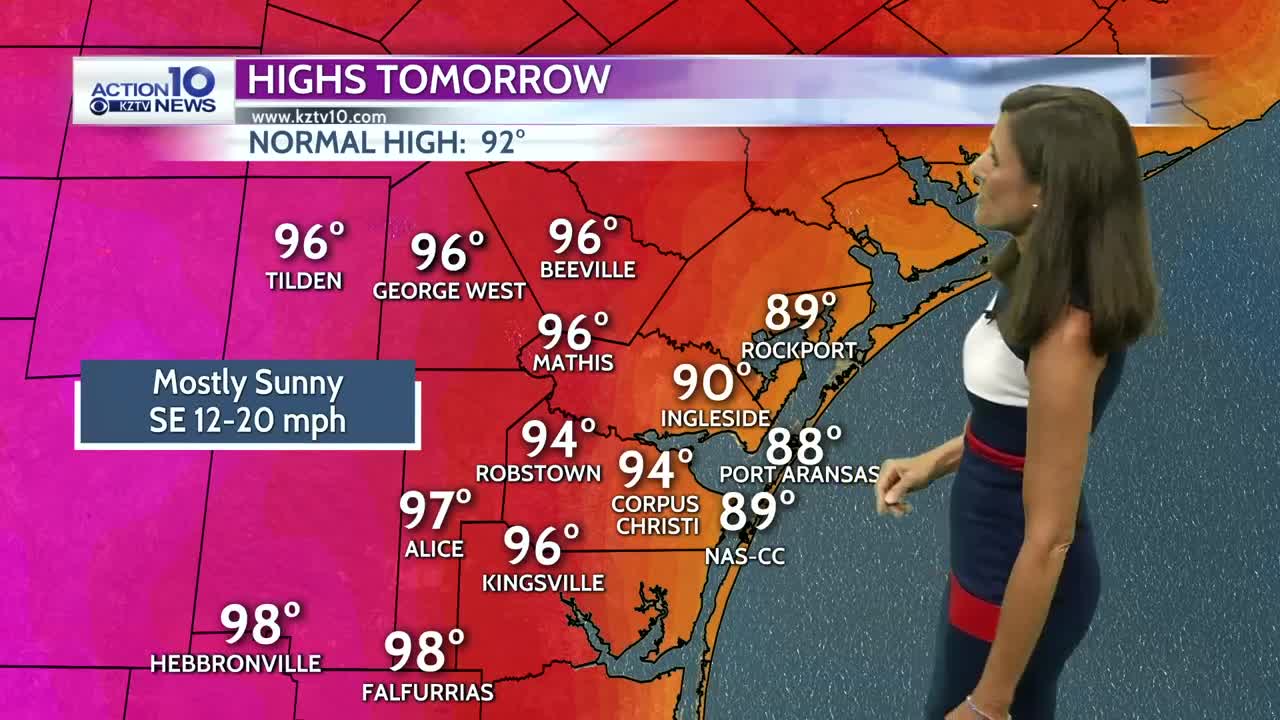 The weather pattern will be stable over the next several days as high pressure aloft builds over south Texas. Except for a stray coastal shower or isolated inland storm, it looks dry with above average temperatures through the middle of next week. The onshore flow will weaken this weekend and winds will relax a bit, staying under 20 mph. High temperatures will reach the upper 80s to near 90 at the beaches to the mid to upper 90s inland but the humidity will make it feel hotter. Heat indices will reach 103 to 109 during peak heating each day.

Tonight: Partly cloudy and breezy with lows near 80 and southeast winds at 10-18 mph.

Friday: Mostly sunny, hot, humid and breezy with highs in the mid to upper 90s and heat indices at 103-108 in the afternoon. Beaches will reach the upper 80s with 3 foot waves, a moderate rip current risk and southeast winds at 15-20 mph. The water temperature is at 85 degrees.

Saturday- Sunday: Mostly sunny, hot and humid with highs in the upper 80s at the beaches to the mid to upper 90s inland and southeast winds at 12-18 mph. Afternoon heat indices will reach 102-109.