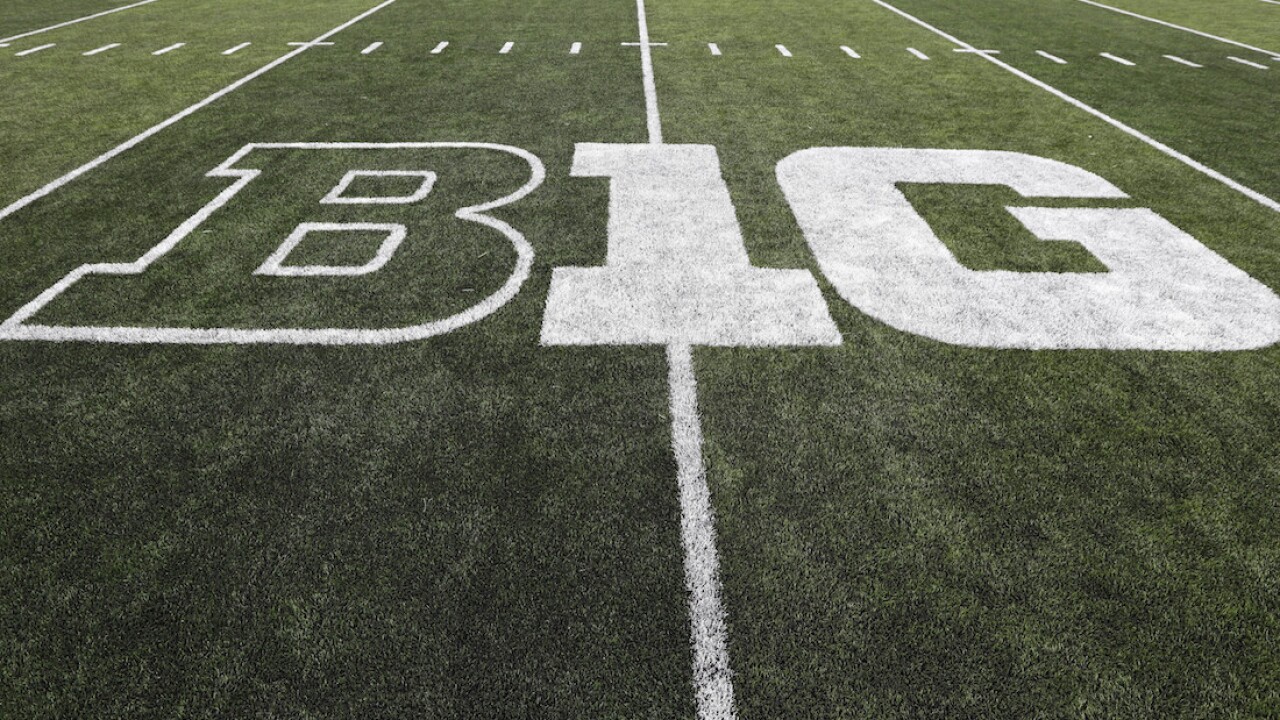 Copyright 2019 The Associated Press. All rights reserved
Charlie Neibergall/AP
The Big Ten logo is seen on the field before an NCAA college football game between Iowa and Miami of Ohio, Saturday, Aug. 31, 2019, in Iowa City, Iowa. (AP Photo/Charlie Neibergall)

Coronavirus cases have forced the postponement or cancelation of 10 college football games this weekend.

Out of the 10 games, only one involved a Top 25 team. No. 10 Wisconsin has canceled its game against Purdue, marking the second weekend in a row the Badgers have not played. In recent weeks, Wisconsin announced a total of 27 virus cases among players and staff.

The postponements and cancelations mark the most games disrupted due to the virus.

While not postponed or canceled, the top college football game of the weekend, Clemson vs Notre Dame, will be played without Heisman Trophy candidate Trevor Lawrence. Lawrence tested positive for the coronaivurs last week, and will miss his second game in a row.

Here is a list of games not being played this weekend:

Purdue vs No. 10 Wisconsin (canceled)