Former NFL Player Asks Troubleshooters for Help Getting His Fish back 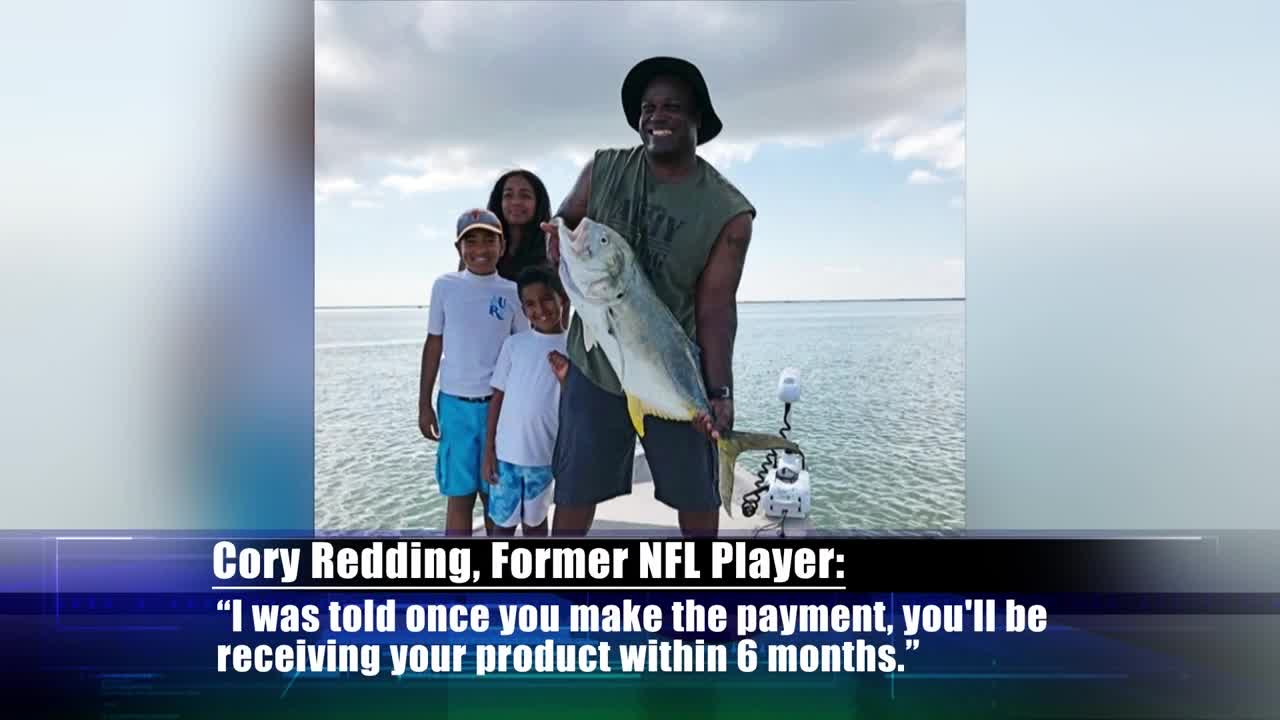 CORPUS CHRISTI, Texas — On today's Troubleshooters, a local man tells us his story of the one that got away.
The big fish he caught, and wanted to have mounted in his home.
But he called us because he's been waiting on a local taxidermy shop to have it ready for 2 years now.

It was May 25th, 2018.
Former college and professional football player Cory Redding and his family, out on a fishing charter.
And wouldn't you know it, as they were headed in, the captain noticed a tug on a line.
So he handed it over to Redding.
The former 6-foot-4, 310 pound defensive tackle for the Texas Longhorns and 5 NFL teams, recounted what happened next.
"Me being cocky and all of that, I'm going I'm gonna get this fish in really quick. 30 minutes later, I pulled up this jackfish that pulled me all across the bay."

Redding says he was dripping with perspiration, but catching the 50 pound jackfish was worth it for family memories.

The Troubleshooters went to Grabowske's Taxidermy this afternoon and met Anthony Ramon, who told us he was a new employee. And he called one of the owners.
"For a Mr. Cory Redding, for a 50 pound bass for 2 years ago. And he has a receipt for 477.11 from June 6, 2018."

Being a new employee, theres not much Anthony Ramon can do, but he's offered to help Redding.
Redding says at this point he just wants his money back because he'll always have a great story to tell and pictures to prove it.
"At the end of the day I have the memory. I have the the pictures and I have the photos of video of the moment. That capture in time will never fade."