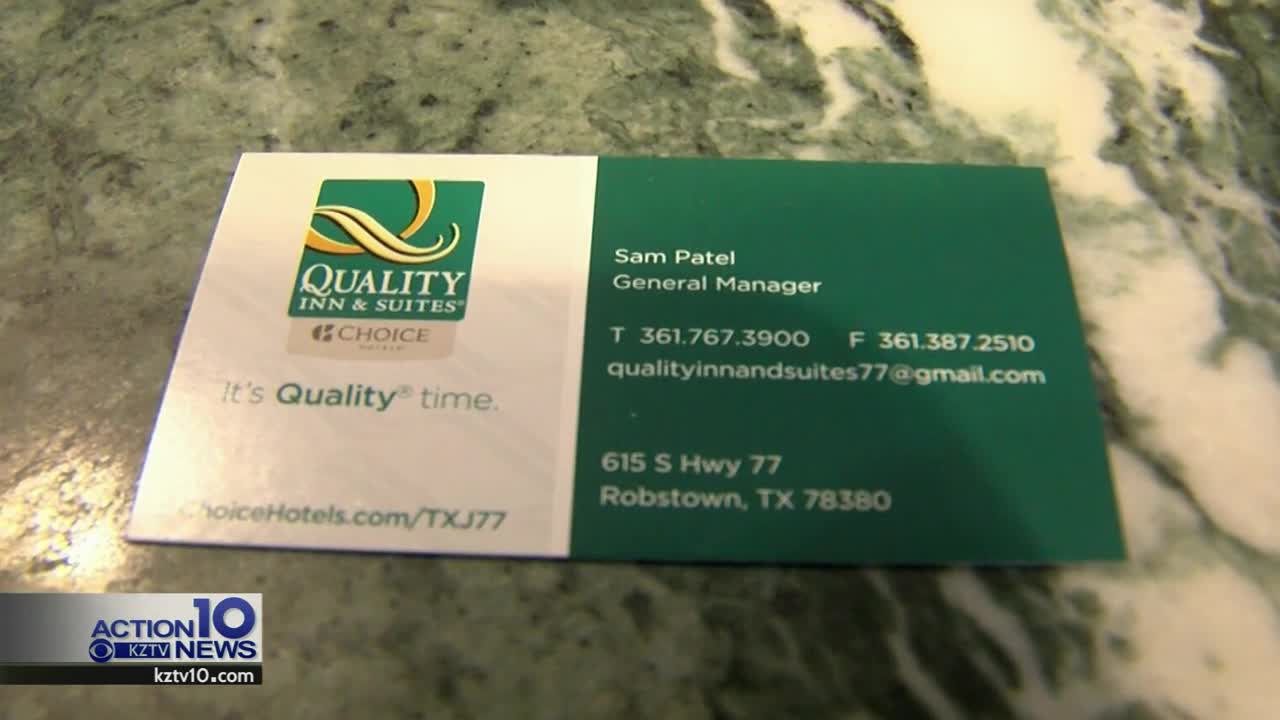 CORPUS CHRISTI, Texas — On today's Troubleshooters, a local landscaper calls with a complaint against a local business, claiming the check he was paid for work that he did bounced!

Manuel Cruz called us this morning to tell us his story.

For 4-5 months earlier this year, he took care of the landscaping at this hotel in Robstown.

He showed us the last invoice he turned in to Sam Patel, the hotel general manager.

But the check bounced.

Cruz's bank put a stop payment on it.

"So you called him right away ? Yeah. I went to the hotel because he lives at the hotel. And he didn't want to talk to me. I don't know why. He didn't explain why. Just that he doesn't want to pay me," Cruz told the Troubleshooters.

Cruz says Patel would sometimes pay him late, but he always paid him, until now.

So how's Cruz supposed to pay his helpers ?

The Troubleshooters went to the hotel to get the general manager's side of this story.

But we never spoke to Patel or met him. But we did leave our card so he could contact us.

"I just want to get paid. This is how I make a living. I don't work for free for nobody," Cruz said.

Later Wednesday afternoon, Manuel Cruz called to tell us Sam Patel contacted him, and paid him the full amount, by check.

And the new check was good because Cruz was able to cash it.

That makes this another Troubleshooters Case Closed!