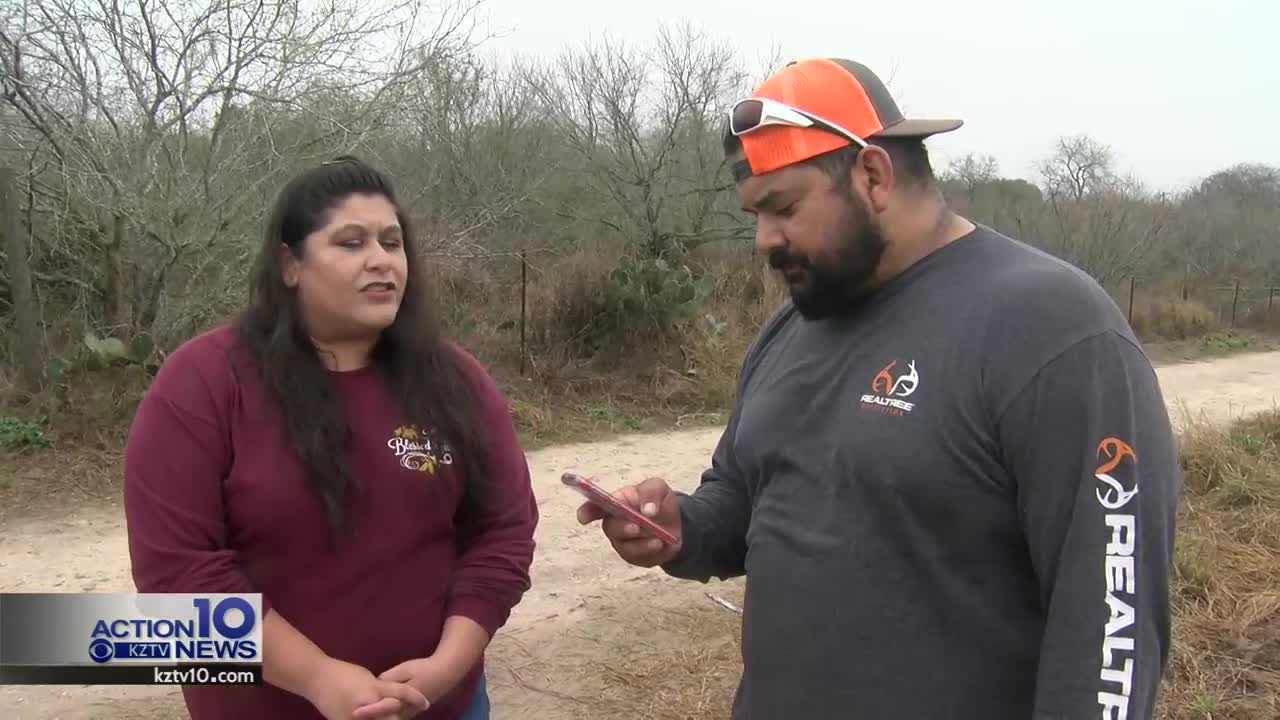 A couple has a complaint against a business that moved their mobile home in Riviera.

CORPUS CHRISTI, Texas — A couple has a complaint against a business that moved their mobile home in Riviera.

The couple claims that not only did the business not do a good job, they damaged a water and gas line.

So they've called us for help.

"Did this to it. Whoa! That's your old gas line? Yeah, from the trailer. And you're claiming they did that to it ? Oh, they did."

Diego Calderon, a retired military man, says Gator Mobile Home Service of Alice did a lot when they moved his mobile home in Riviera. It moved from one location to another on Jan. 3 so they could be closer to his mom after his dad passed away.

But Diego and his wife, Michelle, insist that what you see underneath their trailer today, the cinder blocks and shims, is not good.

They say it's not balanced properly.

And that means they can't live in it.

Much of their clothing and other belongings are outside, under a tarp.

They further claim the Gator Mobile Home movers truck got stuck in the sand. Plus, had all kinds other problems.

He says they busted this water line as well.

But he got it fixed.

Total cost for the move was $2,000, but the Calderon's readily admit they only paid half, because as far as they're concerned, the job's only half-done.

But imagine how the loss of a loved one, plus this mess, is impacting them.

"It's just been a very bad couple of months with losing my father-in-law," Michelle Calderon said. "And now we're dealing with this. I'm just ... I'm just trying. I just want something to go right for once."

There was an apparent bad connection the first time.

When we called back, it went to voicemail, but the mailbox was full, so we couldn't leave a message.

And he hasn't called us back.

The Calderon's just want Jesse Flores, owner of Gator Mobile Home Services, and his crew, to come back and fix what needs to be fixed, so they can move back into their home.

"Oh, I'm not giving up," Michelle told the Troubleshooters. "I'm gonna make sure he hears my roar."

In these parts, they call that being Calderon strong!