Alice couple Turns to Troubleshooters for Help Getting their Money 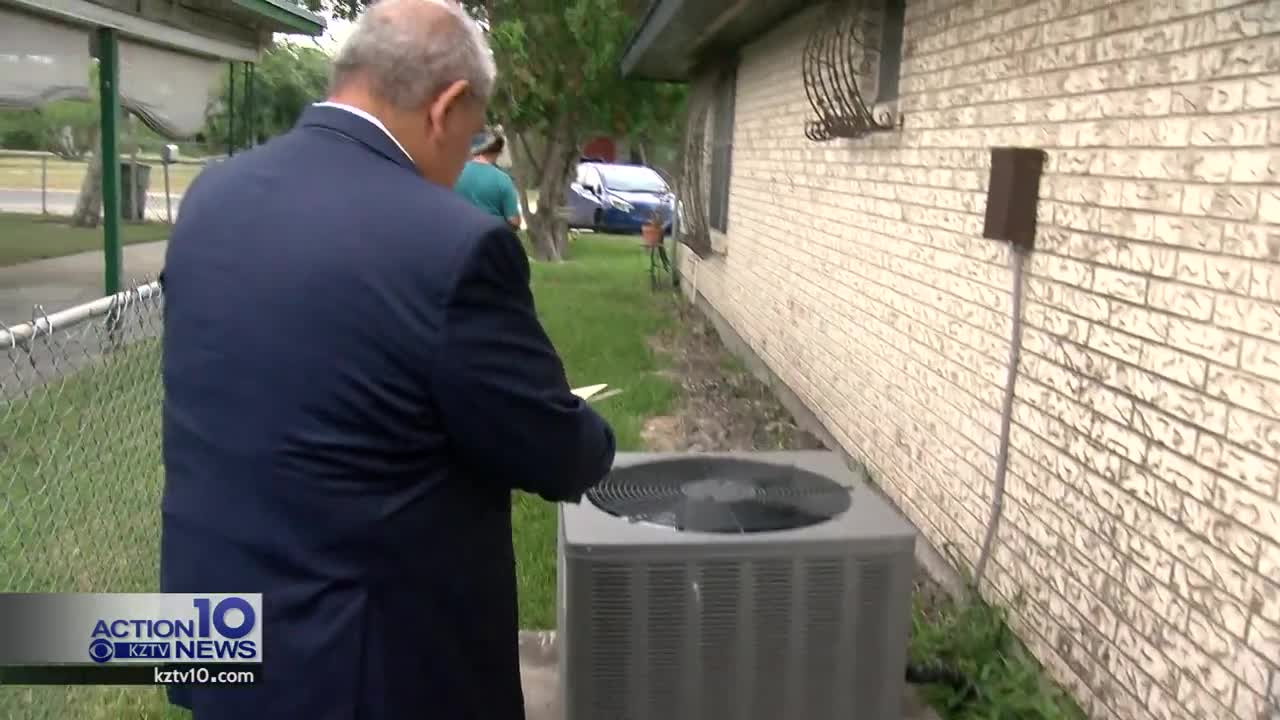 CORPUS CHRISTI, Texas — Tonight's Troubleshooters report is about someone we've received many complaints on before.
In fact, this person was an advertiser on this tv station.
An Alice couple accuses this person of lying to them about a check they wrote to him for his services.

Ryant Connelly advertised his business on KZTV and KRIS in the past.
In May, Armando and Rosario Garza paid Connelly nearly $3000.00 to level their home in Alice.
They made the check out to Ryant Connelly Foundation.
This check is what this story is about.

Just a day or so later, Garza tells the Troubleshooters, one of Connelly's associates, brought the check back to him.
"Tells me the check is no good because it was written incorrectly. Not because of the money. So I take the check and I tore it up, and I wrote another check, and I wrote it to him."
But when the Garzas checked their bank statement on June 8th, they found out the first check, the one supposedly written incorrectly, had actually been cashed, via mobile deposit, at Garza's bank.

"Friends of mine automatically told me, call Andy," Garza told us.
But before doing that, the Garzas contacted Alice Police, and, Jim Wells County DA Carlos Garcia's office, who contacted Connelly's attorney, William Bonilla. Garza claims, Bonilla told him the check was in the mail.
On June 17th, Connelly sent the Garza's this letter, explaining it was "an error with the banking institute."
It goes on to mention that Garza should expect a refund in 30-45 days.

Yet on June 21st, the Garza's bank wrote "we determine the issue of possible fraud on your account needs to be resolved directly between you and Ryan Connelly."
On July 3rd, the Troubleshooters contacted William Bonilla on behalf of the Garzas.
"Tell Mr. Garza I spoke with Ryan Connelly. He had mailed the check last week. I have no explanation why they haven't received the check."
Bonilla assured the Garza's he would have Connelly mail them the check for $2887.00 that day.

This isn't the first complaint the Troubleshooters have received about Ryant Connelly. In fact, if you go to our facebook page, you'll see several complaints, about Connelly, submitted over several months.
And now you can add the Garza's name to this list.
"Now it's happened to you. How does that feel ? It feels bad. Of course it feels bad. You wanna go get the guy, he told us..

Around 2;45 Monday afternoon, the Garza's called to tell me they received a check from Ryant Connelly.
It wasn't for the exact amount he owed them, but it was pretty close, and they were able to cash it at his bank.
That makes this another Troubleshooters cased closed !