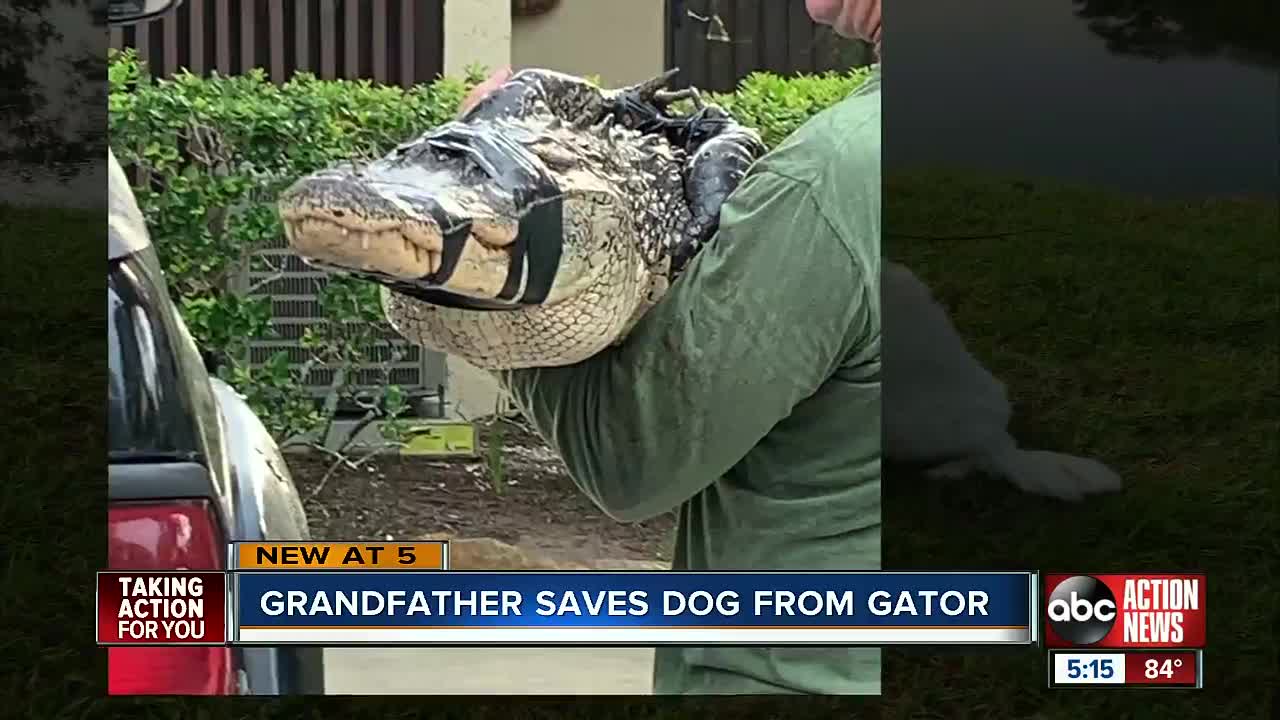 A 75-year-old Palm Harbor man says he fought off an alligator after it came out of a pond behind his home and grabbed his daughter's golden retriever, named Osi, on Tuesday morning. Story: https://wfts.tv/2NVtfpM 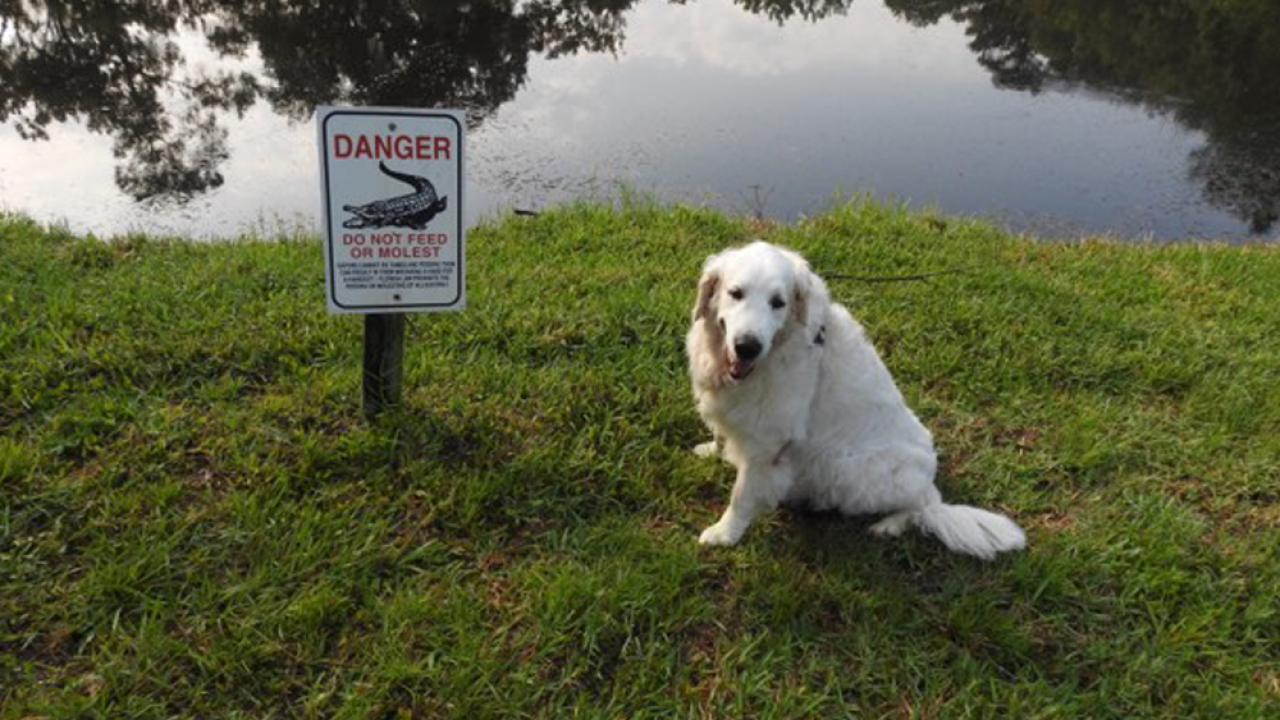 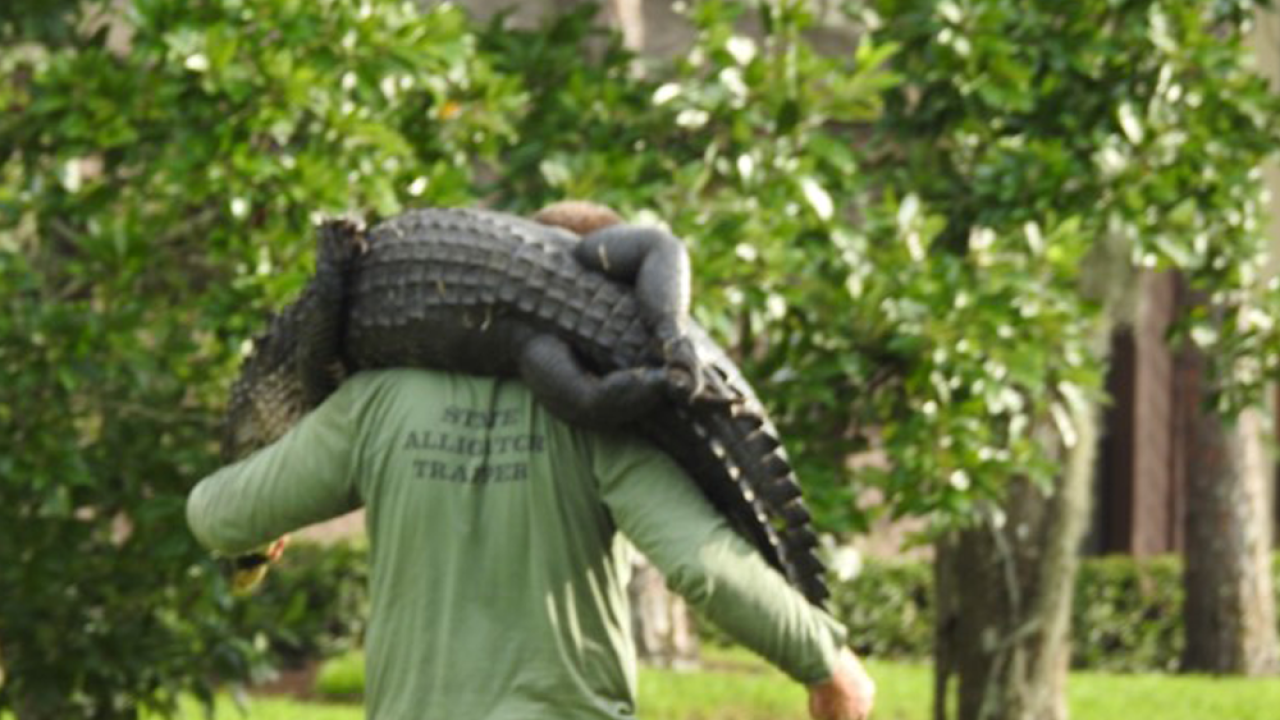 PALM HARBOR, Fla. — A 75-year-old Palm Harbor, Florida, man says he fought off an alligator after it came out of a pond behind his home and grabbed his daughter's golden retriever, named Osi, on Tuesday morning.

Buddy Ackerman says Osi was in the middle of doing his business when the 7 foot, 7 inch gator grabbed onto his backside.

“He was squealing a good bit when the thing grabbed him," Ackerman said. “Me, I'm a nervous wreck, I go up and slip and fall on my rear end, and the two of us are tugging. Alligator is going one way, I’m going the other.”

Ackerman says he kicked the alligator in the snout twice and Osi got loose.

“The thing opened its mouth real wide and backed up a little.”

Ackerman was watching Osi for his daughter while she was on vacation.

"My father is our hero, Osi and I are so very grateful that nobody was hurt," Jody Ackerman told us by text.

Trappers came out the following day and recovered the alligator.

“I don’t know what would have happened with people with little Pekingese or something running around. I guess we’d say goodbye."

Jody Ackerman says Osi was later taken to read the signs, warning of alligators in the water to make sure he understands them.

The Florida Fish and Wildlife Conservation Commission tells residents to be cautious with their pets. Dogs and cats are similar in size to the natural prey of alligators.

Don’t allow pets to swim, exercise or drink in or near waters that may contain alligators. Dogs often attract an alligator’s interest, so do not swim with your dog.

FWC has a statewide program dedicated to handling nuisance alligators. If you call the nuisance hotline with concerns, they'll respond and handle the situation.

This story was originally published by Erik Waxler, Emily McCain with WFTS.