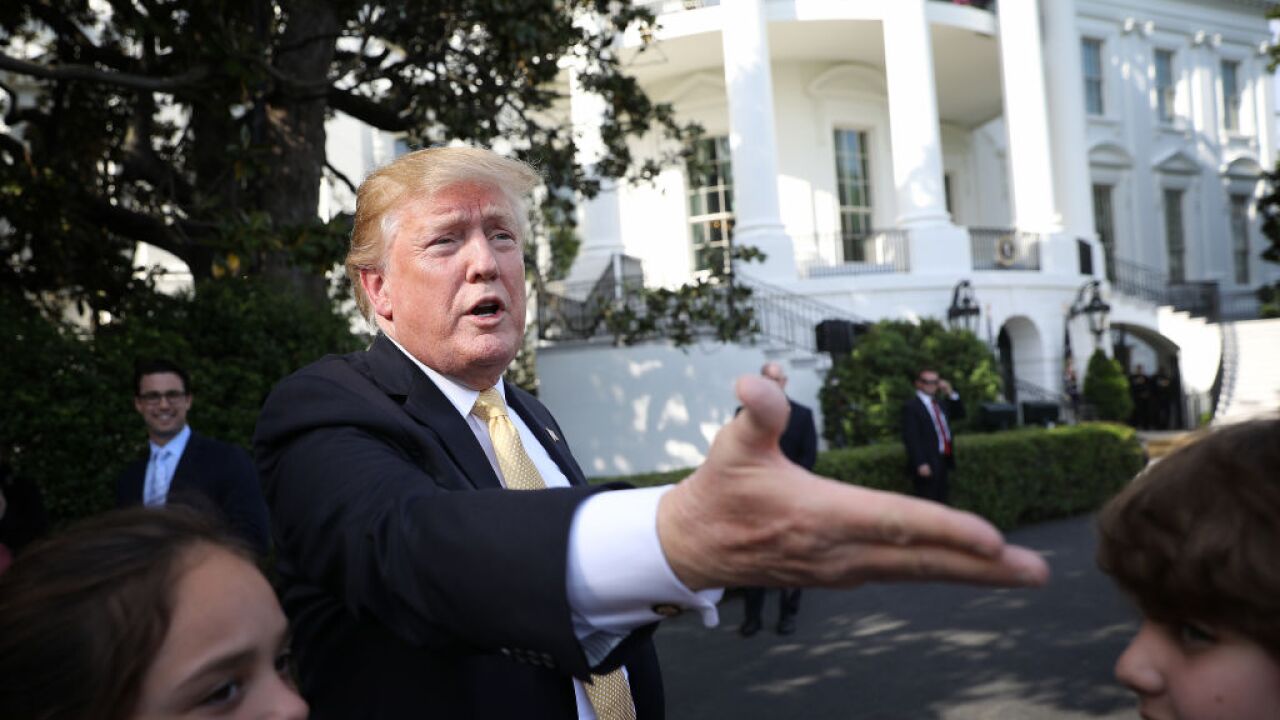 The White House is planning a flyover of two F-35 fighter jets during Wednesday's visit from Polish President Andrzej Duda, according to three US government officials.

Poland is also taking steps to purchase new F-35s from the United States, and the country's defense minister traveled to Eglin Air Force Base in Florida this week to see the jets in action.

Asked about the prospect of a flyover on Wednesday, a White House spokesman said there was "nothing to announce right now."

Last week, President Donald Trump marveled at multiple flyovers during his visit to Europe, including at D-Day commemoration ceremonies in Portsmouth, England, and on France's Normandy coast.

He is known to revel in the military trappings of his job. But a flyover of military aircraft at the White House is exceedingly rare.

Senior administration officials refused on a briefing call to get into details of the troop announcement on Tuesday, but Polish officials have said this week that the announcement is related to increasing the levels of permanent US troops stationed in Poland.

A US defense official said the two leaders will sign a joint political declaration with a broad-strokes military component that calls for about 1,000 additional US troops to go to Poland on a rotational basis. Many of the troops will rotate to other exercise and training locations in Europe.

Poland has termed the new US troop presence "Fort Trump," though it's not clear whether that will be its official name.

Currently there are around 4,000 US troops in Poland on a rotational basis.

The senior administration officials said the declaration would significantly enhance US-Poland military-to-military relationships. The officials said it would be in compliance with the NATO-Russia Founding Act, which guides relations between NATO and Russia.