USGS video shows thousands of earthquakes in the past week 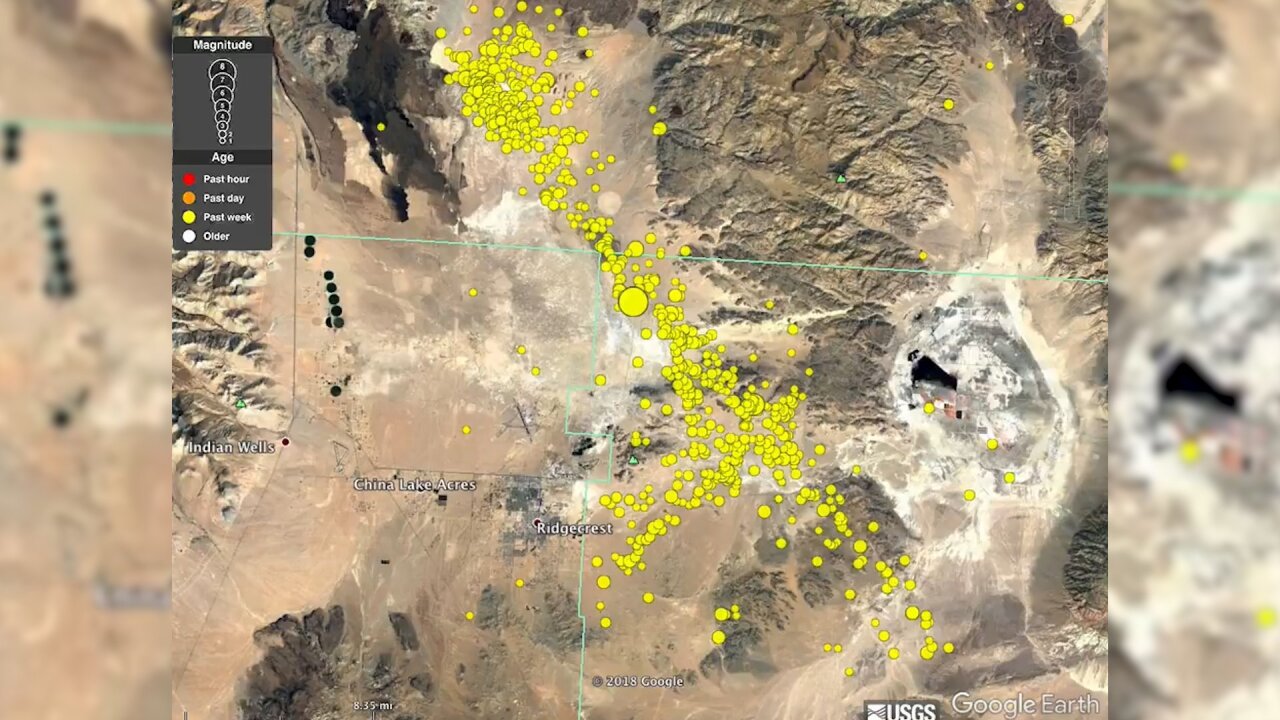 Over the past few days in Southern California, there was an earthquake roughly every minute.

In the first 100 hours since a 6.4 magnitude earthquake struck near Ridgecrest, a community 150 miles north of Los Angeles, on Thursday, there have been 5,400 mostly small earthquakes. That's an earthquake every 1 minute and 7 seconds.

The US Geological Survey on Monday released an animation depicting the series of earthquakes, spanning from early Thursday morning until noon Monday. The animation shows Thursday's 6.4 earthquake to the south, followed by Friday's 7.1 quake to the northwest.

The animation shows a surge of aftershocks continuing northwest.