Texas police arrest suspect who fired into a family's car, igniting the fireworks inside and injuring 2 children 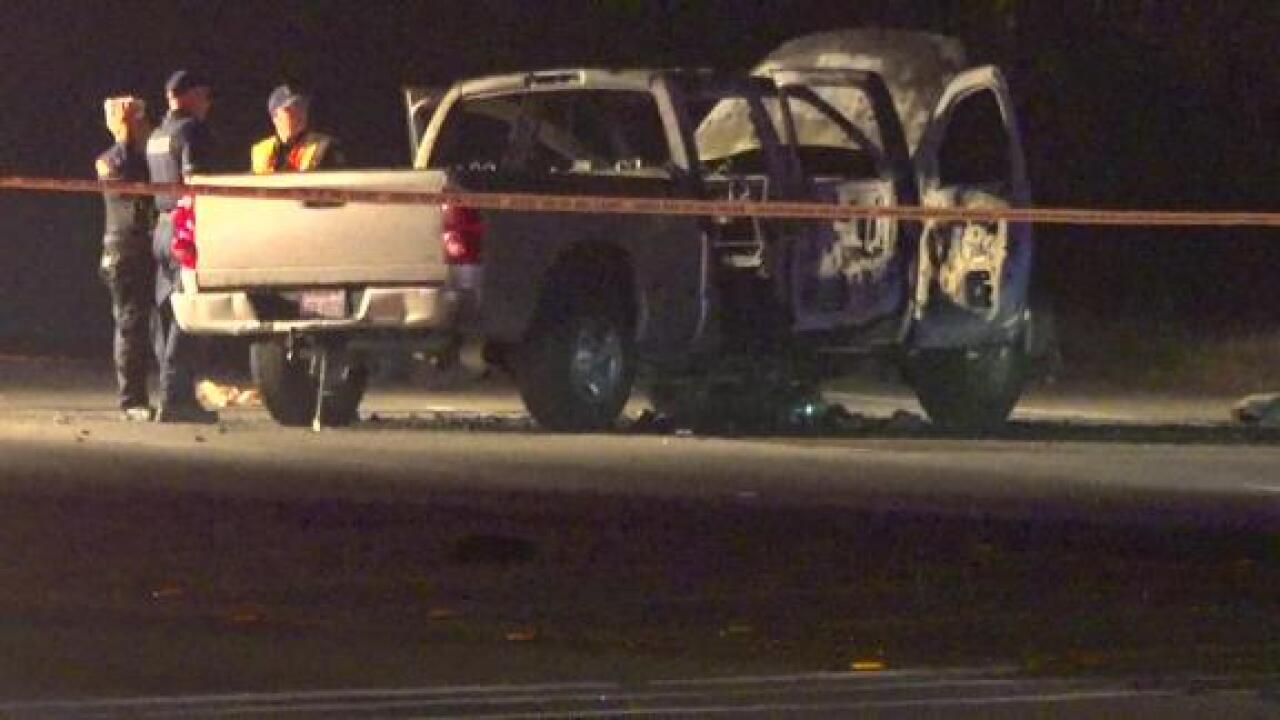 Houston officers have arrested a man they say fired a gun at the car of a family of four after an apparent "road rage incident," igniting the newly-purchased fireworks inside.

Bayron J. Rivera, 18, is in custody and will be charged with four counts of aggravated assault, Harris County Sheriff Ed Gonzalez said Sunday. Rivera surrendered to investigators, he said.

The children, a 1-year-old and a 2-year-old, sustained "severe burns" Thursday night and had to be life flighted for their injuries, according to Deputy Tom Turner with the Harris County Sheriff's Office violent crimes unit.

Turner told reporters Thursday at the scene that two men had "exchanged words" and pulled into a gas station parking lot.

Both men got out of their vehicles and one of them took out a firearm, Turner said.

The other man, who had just purchased fireworks nearby, Turner said, returned to his car and started to leave with his wife and two children.

That's when the suspect fired into their car, Turner said. One of the rounds hit the fireworks inside, "causing the fireworks to explode" and "catching the vehicle on fire."

The man started to drive away but stopped, according to Turner. Some "good Samaritans" stopped to help the family and took them to a nearby urgent care clinic.

The children were then life flighted to the University of Texas Medical Branch at Galveston with "severe burns," the deputy said. The mother and father were also transported to a hospital.

The suspect, who fled the scene, was described by the victim as a mixed-race man in his 20s, Turner said. He was believed to be driving a light-colored, newer model Ford Expedition and he may have been with a woman and two other people.

Anyone with information on the incident is asked to contact the Harris County Sheriff's Office .