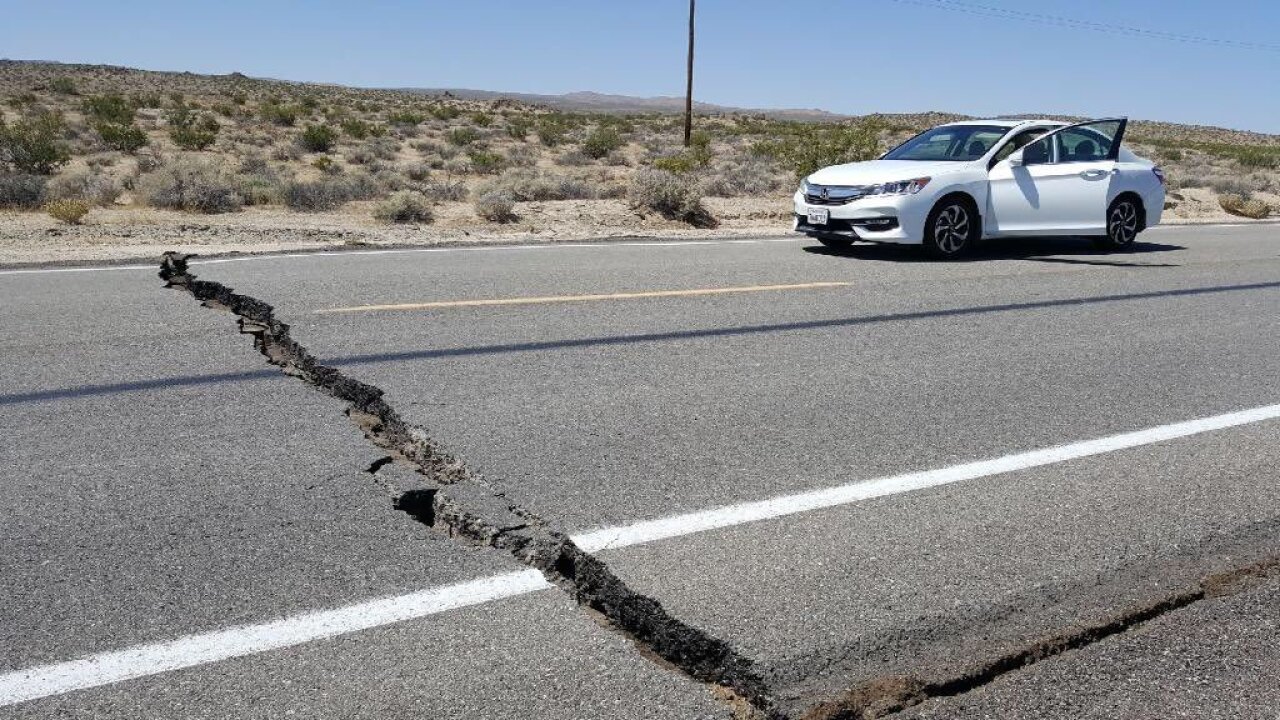 Nearly 30 hours after a 6.4 magnitude earthquake struck Southern California on Thursday, an even more powerful quake rattled the earthquake-weary region on Friday.

The USGS gave the quake a preliminary magnitude of 7.1. The epicenter for this quake was approximately 11 miles from Ridgecrest, California, or 120 miles north of Los Angeles.

The earthquake was reported at 8:19 p.m. local time.

The Kern County Fire Department reported some damage near Ridgecrest.

In Los Angeles, the city's fire department did a sweep of the city and did not find any major damage to infrastructure.

On Thursday, the USGS warned that there was a 5 percent chance that an earthquake larger than the Independence Day quake would strike the region in the coming days.

The preliminary measure of Friday's earthquake would make it the most powerful quake to hit California in two decades.

During the NBA Summer League game in Las Vegas, the earthquake shook the arena. The shaking was also felt in Los Angeles during a Dodgers home game.

Earthquake during the game😳 pic.twitter.com/uXHJM8Hbp1

this is what a pool looks like during an earthquake pic.twitter.com/Ht8YvGV5iY