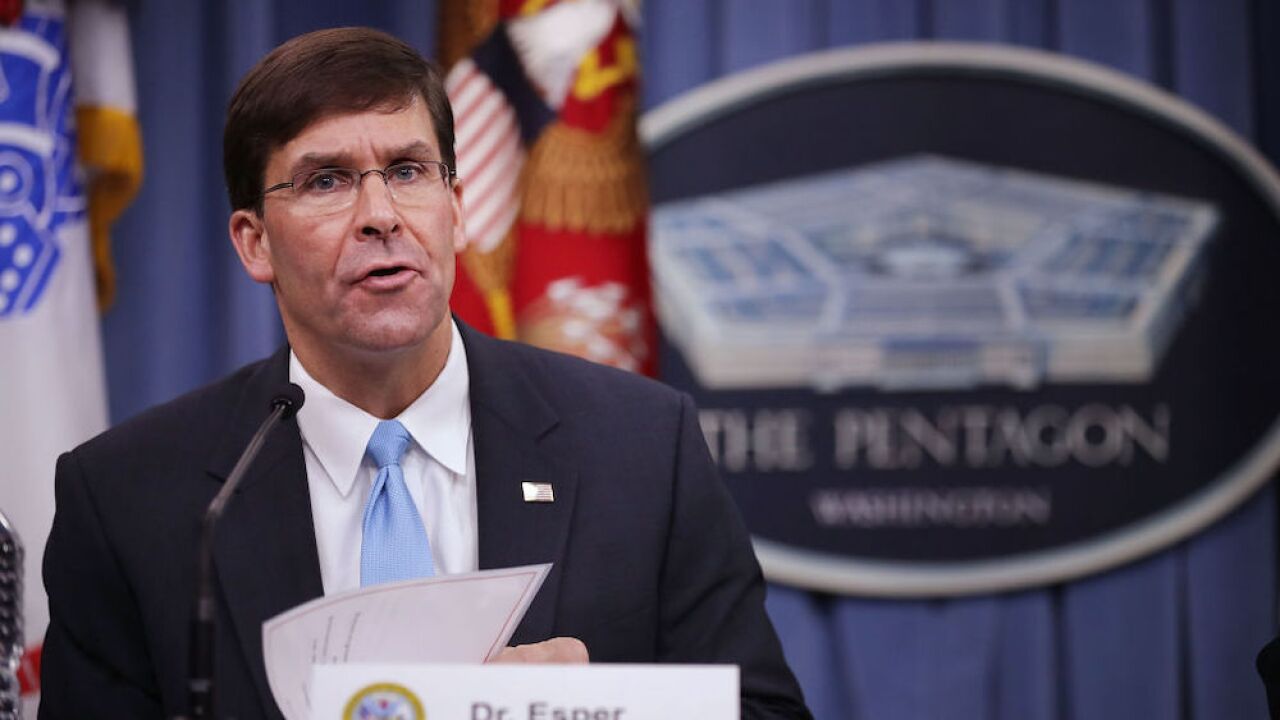 Trump tapped Esper earlier this week to take the helm of the Pentagon in an acting capacity after announcing acting Defense Secretary Patrick Shanahan's plans to step down. Esper is slated to take over as acting secretary on Sunday, but he will likely need to step down from that position once he is formally nominated due to federal rules.

Esper has begun filling out paperwork for his nomination and the President in the last day has been calling supporters to build support for Esper's forthcoming nomination, one person close to the White House said.

The impending nomination means it is likely the Pentagon will go through several leadership changes in the coming weeks, at a time when the US is confronting one of the most precarious national security situations of Trump's presidency -- tensions with Iran.

Shanahan is scheduled to step down from his acting post on Sunday, just days after Trump nearly launched military strikes on three Iranian targets before calling the attack off minutes before it was to be launched.

The Pentagon has not been led by a Senate-confirmed leader since the beginning of this year, when Shanahan took over on an acting basis from Defense Secretary James Mattis.