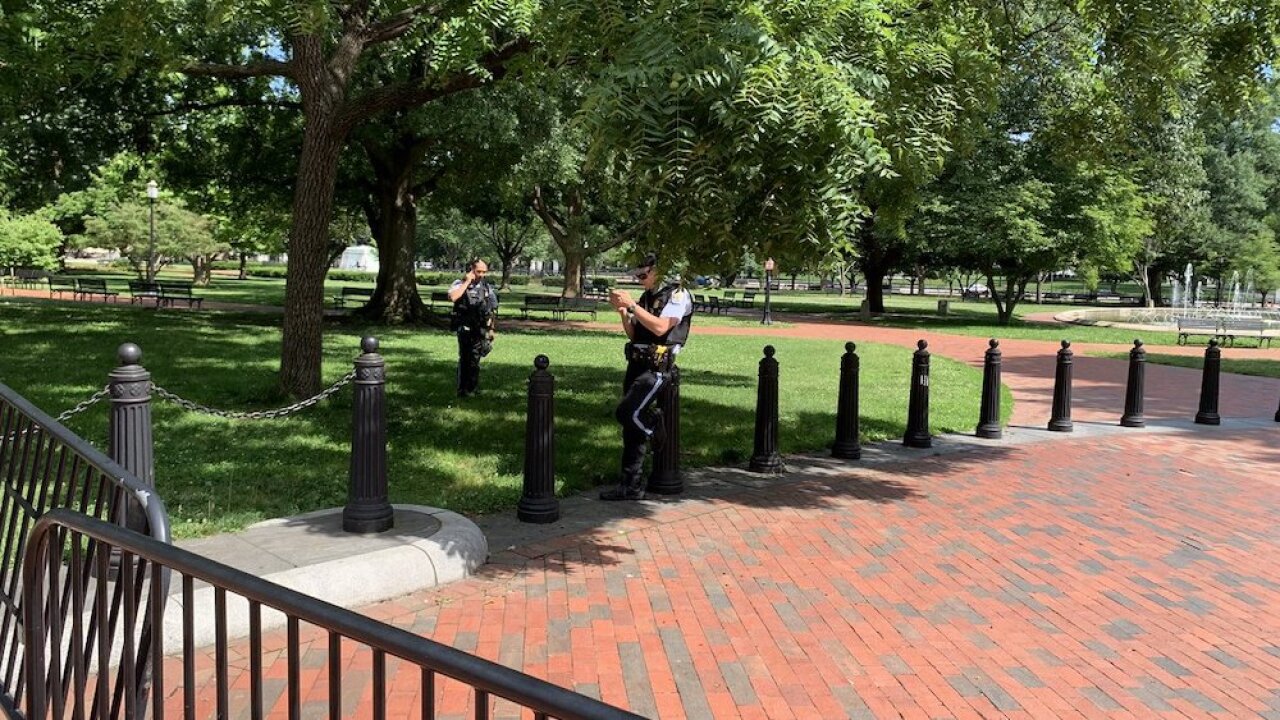 A person who dropped a backpack and tried to jump a bike rack near the White House has been taken into custody by the Secret Service, the agency tweeted Wednesday.

"At approximately 2:45 pm an individual dropped a backpack and attempted to jump a bike rack along the sidewalk on Pennsylvania Ave. The individual was immediately taken into custody by Secret Service Uniformed Division Officers," the agency tweeted around 3 p.m. ET.

Secret Service responded with an update about a half hour later that the backpack had been cleared, and that pedestrian traffic would soon reopen.

It's unclear if the person detained was arrested or will face charges.

Update: the backpack that was dropped along the sidewalk of Pennsylvania Ave. has been cleared by Secret Service and @DCPoliceDept. Pedestrian traffic closures are expected to be lifted soon.