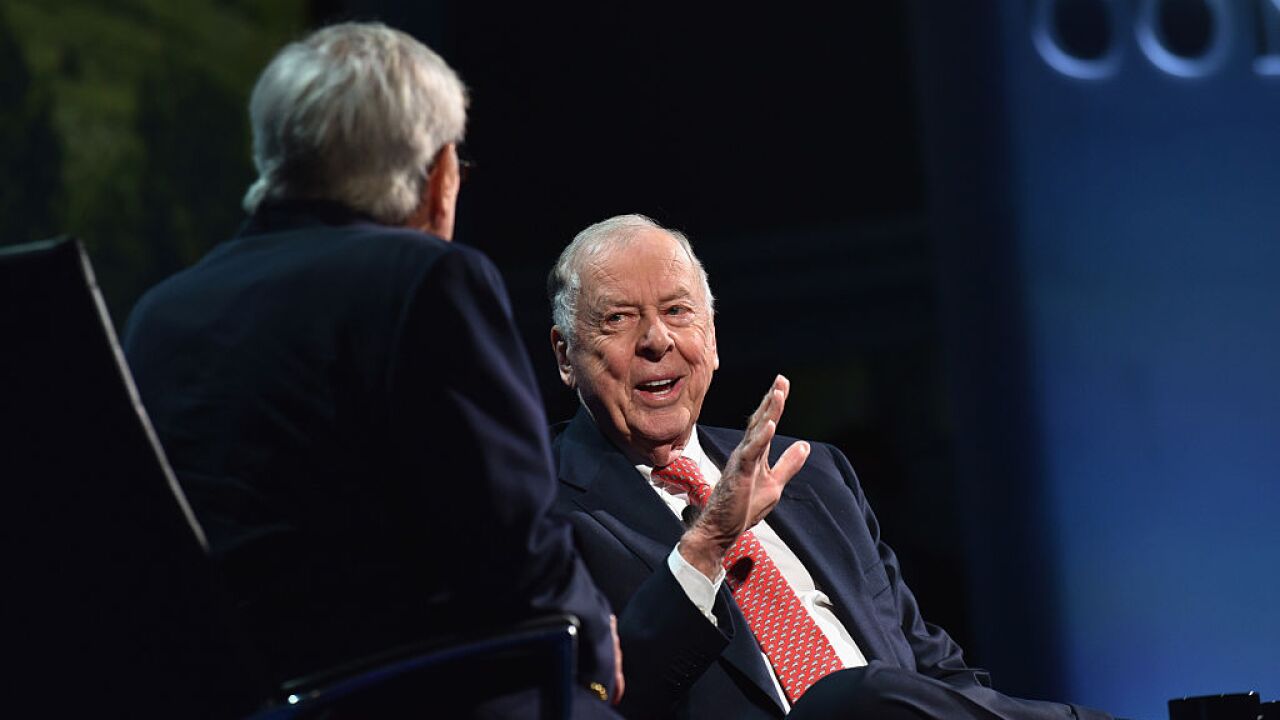 According to NBC DFW, Oilman T. Boone Pickens has died at the age of 91.

Born in 1928 in Holdenville, Oklahoma, Pickens made his fortune in oil.

He began his career with Phillips Petroleum and was the architect behind Mesa Petroleum in 1958.

Pickens donated over $1 billion to charity, more than half of which went to his alma mater: Oklahoma State University. The university's football was renamed in honor of Pickens in 2003.