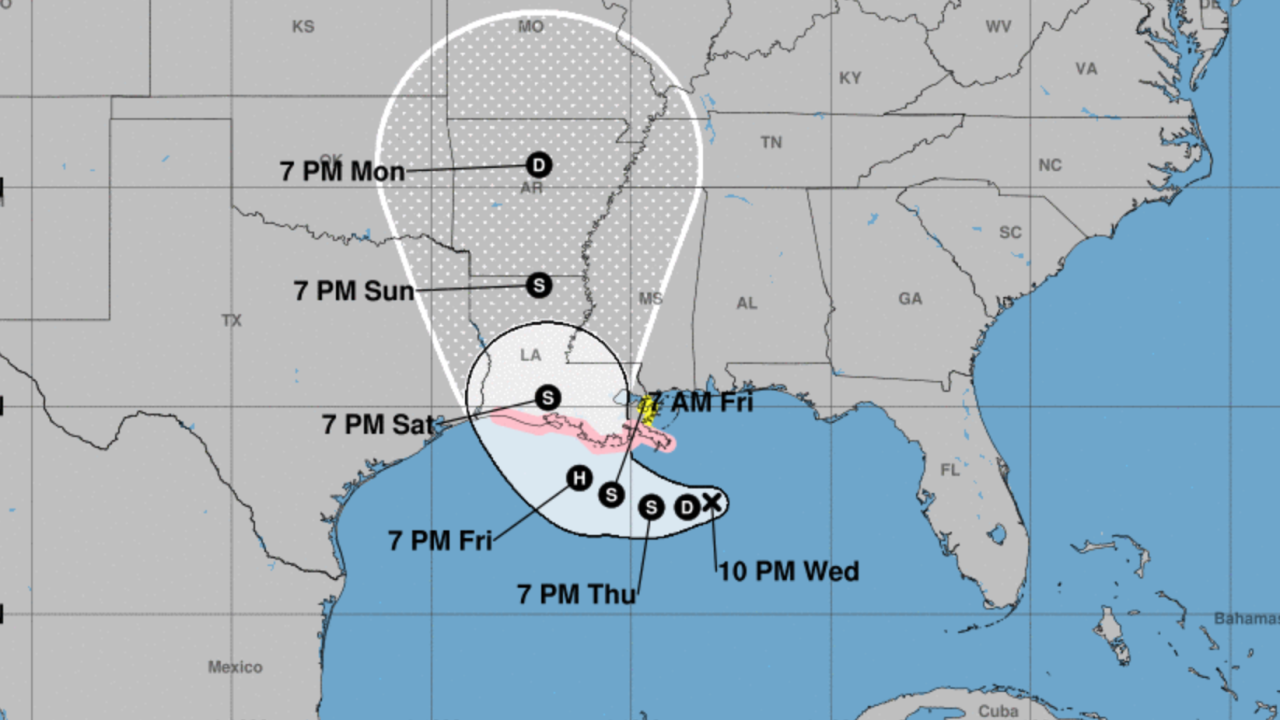 The National Hurricane Center said late on Wednesday that a disturbance in the northern Gulf of Mexico is nearing tropical depression status.

The storm, which will likely become tropical storm Barry on Thursday, has become better organized.

Even as just a tropical disturbance, the storm system has already caused massive flooding in the New Orleans area. Parts of the area had nearly 9 inches of rain on Wednesday, with more to come through Saturday.

The latest projections take the storm to the Louisiana coast as a hurricane. Latest forecast models put the storm on the coast sometime Saturday.

The forecast cone still keeps open the possibility the storm slides to the west, giving the Upper Texas Coast a direct hit.

The hurricane watch goes from the Mouth of the Mississippi River westward to Cameron Louisiana.