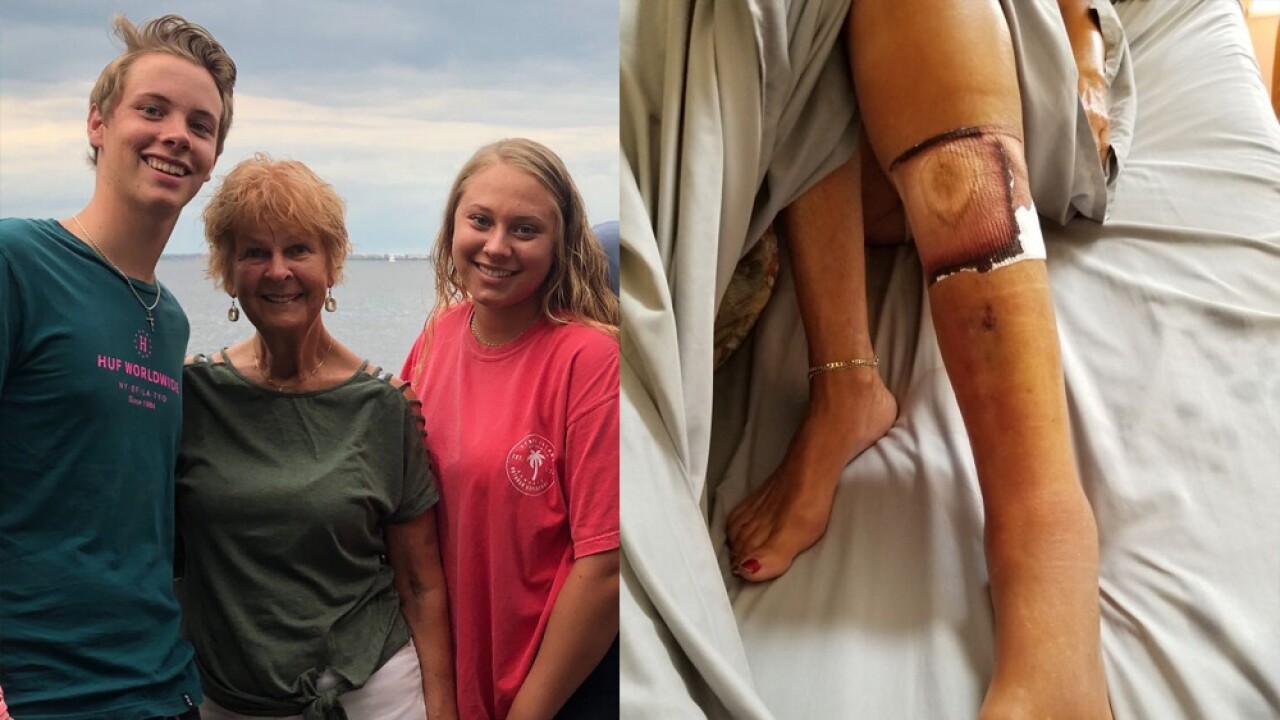 TAMPA, Fla. — A woman who contracted a flesh-eating bacteria in the Gulf of Mexico in Florida died just a week and a half after her injury.

The family of Lynn Fleming, 77, said the grandmother was visiting Coquina Beach in Manatee County when she scraped her left leg in the water.

A day after her cut, Fleming became ill and eventually went to a hospital where they gave her a tetanus shot and a prescription. However, her family says she was never given antibiotics.

The official diagnosis was necrotizing fasciitis, the infection commonly known as flesh-eating bacteria.

According to the U.S. Centers for Disease Control and Prevention, necrotizing fasciitis is rare, but people with compromised immune systems have a harder time fighting the infection.

Fleming’s son, Wade, said his mother retired in Florida and she loved the ocean.

The grandmother visited the beach June 14 and died 13 days later.

Wade is sharing his story because he wants people to recognize the symptoms and wants proper care given.

“If we can get the knowledge out to people, even to the first responders, emergency care, the lifeguard station, just so they can get more educated,” he said.

The CDC says one in three people who contract the flesh-eating bacteria will die.

This story was originally published by Nicole Grigg on WFTS .