Could D.C. become a state? Congress will consider it this summer 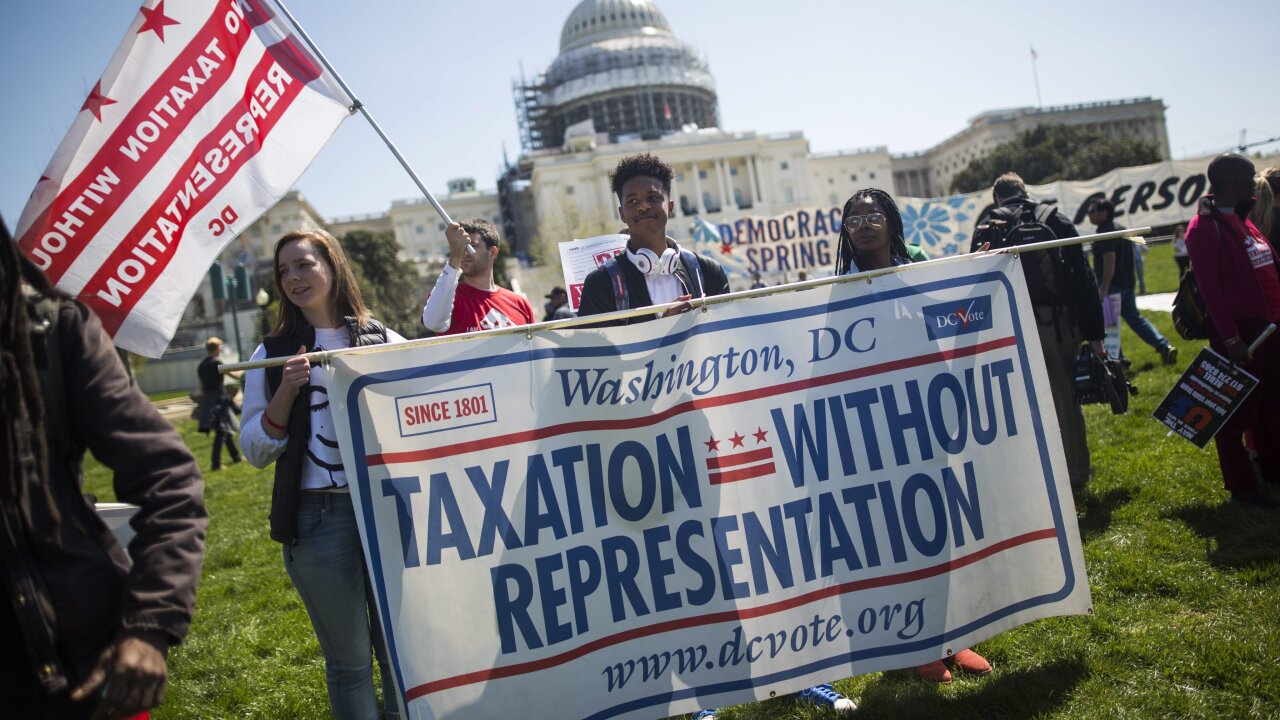 The House Oversight and Government Reform Committee will hold a hearing this summer on a proposal to grant statehood to Washington, DC, reportedly the first House hearing in more than 25 years on the long-shot bid to transform the federal district into the nation's 51st state.

The legislation, which was introduced in January by Del. Eleanor Holmes Norton, the District of Columbia's nonvoting House member, would make DC a state and would provide its residents with two senators and at least one voting House member. The state would comprise all of the land currently in DC, excluding the land on which all existing federal buildings and monuments in DC sit.

"I thank Congresswoman Norton for her leadership and her tireless dedication to ensuring that hundreds of thousands of American citizens who live in our nation's capital are afforded the same rights as other Americans across the country," Cummings said in the statement. "I look forward to working closely with Congresswoman Norton, as well as the House and Senate leadership, to hopefully move this bill toward final passage."

The legislation has more than 200 cosponsors -- all Democrats -- and is supported by House leadership, including Speaker Nancy Pelosi of California, who is a "strong supporter" of it, according to her deputy chief of staff, Drew Hammill, though she is not currently a cosponsor.

Despite the bill's strong support in the House, its prospects in the GOP-controlled Senate are dim. A Senate version of the legislation, introduced in February by Sen. Tom Carper, a Delaware Democrat, does not have any Republican cosponsors.

The House legislation would need to be approved by the Oversight Committee, as well as the full House and Senate, before it goes to President Donald Trump, who could sign it or veto it.

On Thursday, H.R. 51 found its latest supporter in House Majority Leader Steny Hoyer, who wrote in a Washington Post op-ed that he will also sign on to the bill as a cosponsor.

"I now believe the only path to ensuring (DC's) representation is through statehood," Hoyer, who represents Maryland, wrote in the opinion piece.

According to Norton's office, July's hearing will be "the first House hearing or markup on a D.C. statehood bill since 1993."

Residents of DC have long called for statehood, arguing that they lack full representation because they don't have a voting House member or senators.

"For 218 years, residents of the District of Columbia have lived in our country as American citizens without equal representation or equal self-government," Norton said in a statement. "Despite fulfilling all the obligations of statehood, D.C. residents have been deprived of the equal rights in their government enjoyed by other Americans."

At an event Thursday with Norton, Washington's mayor, Democrat Muriel Bowser, noted that the upcoming hearing "is maybe the farthest we've been in advocating for statehood for Washington, DC," and called on residents to continue their support this summer.

"We're going to need every Washingtonian from across the city to show up to the Capitol in July and rally with us. Are you with me? Onward to become the 51st state," Bowser said.