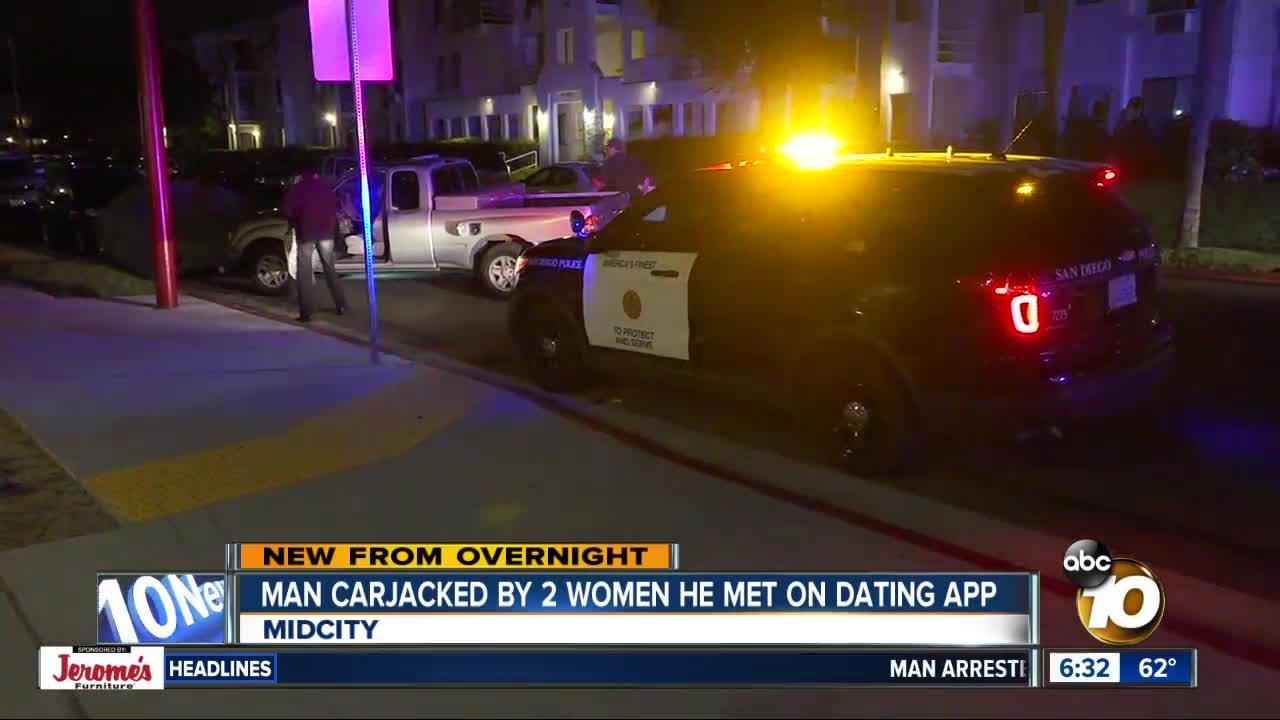 Police say a man who met up with two women he met on a dating app was attacked and carjacked in the Mid-City area.

SAN DIEGO — A man claims two women he met on a dating app were part of a group that attacked him and stole his pickup truck early Wednesday morning.

San Diego police said a man was meeting with two women on 44th Street in City Heights at around 2:30 a.m. when four men attacked him after he got out of his vehicle.

The four men and two women got into the man’s truck and drove away.

Police spotted the truck near Home Avenue and pursued it, but the group jumped from the vehicle.

Officers were able to stop the truck as the group fled the scene.

The six people involved in the incident remain at large.

The man attacked was taken to the hospital with a head injury.

This story was originally published by Jermaine Ong on KGTV .