A Purple Heart medal ended up at a Goodwill store in Arizona. They want to find the rightful owner 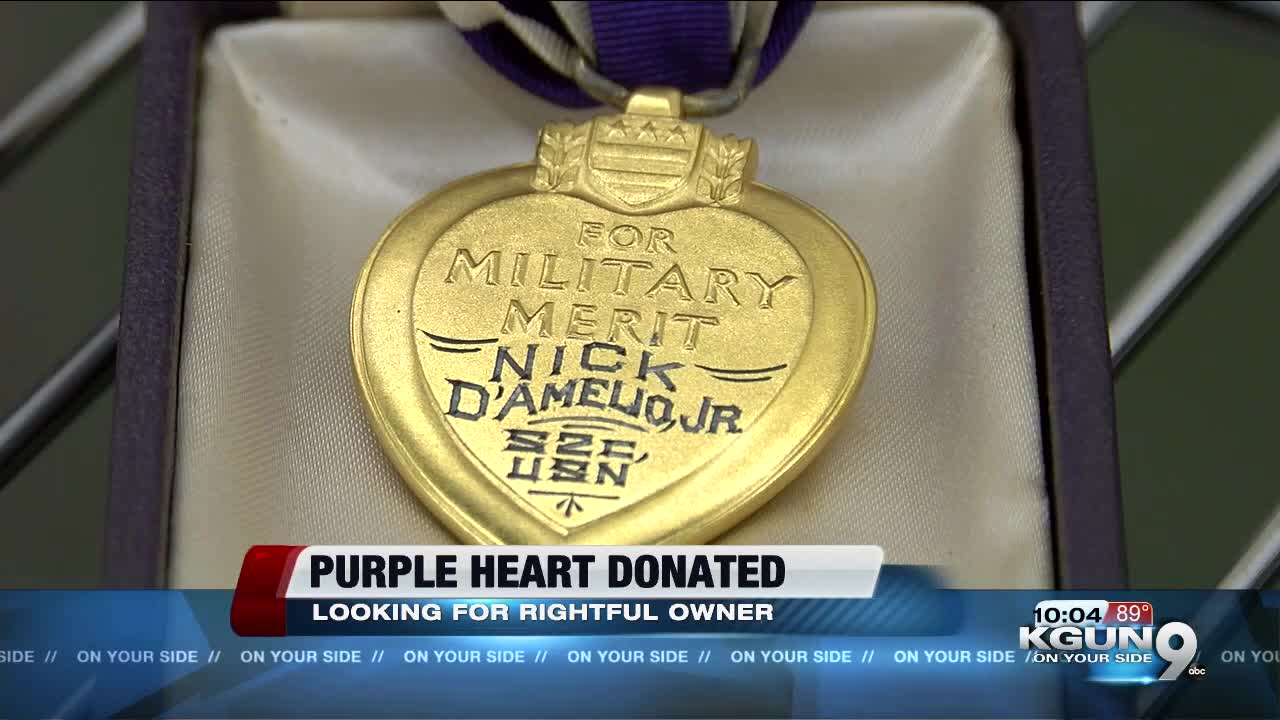 Goodwill of Southern Arizona is trying to return the medal to a family member who may be missing it. 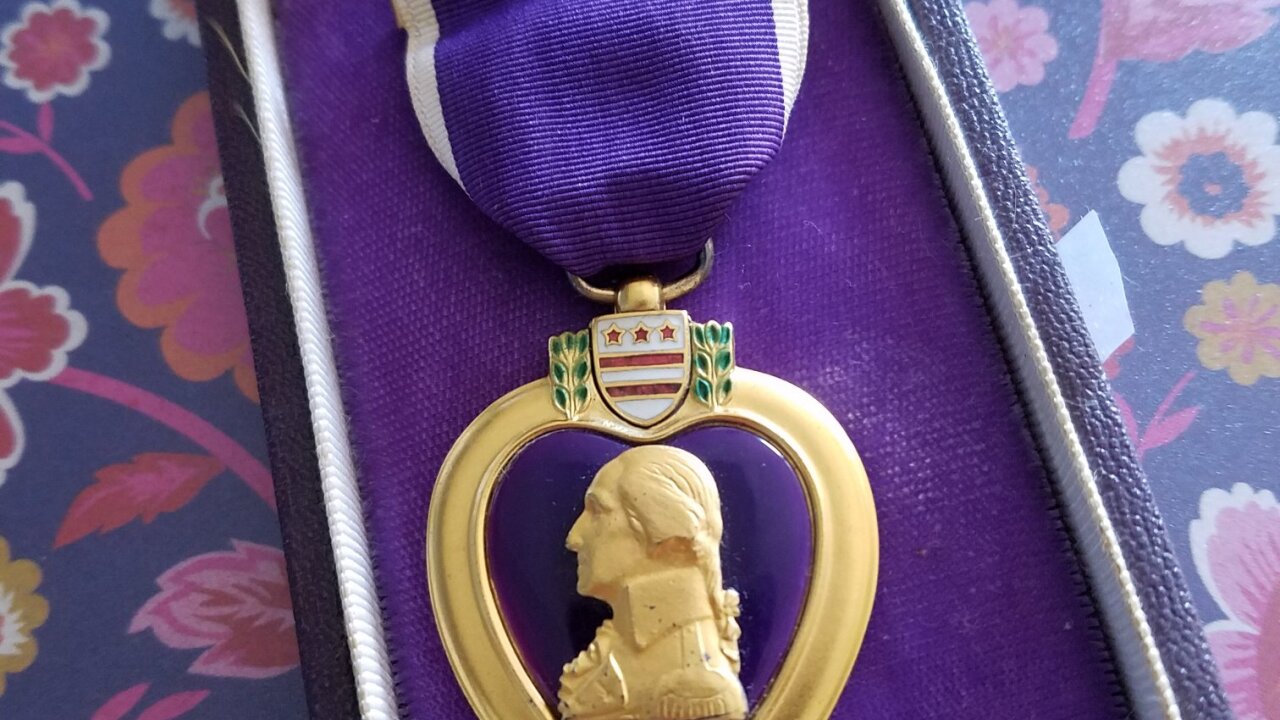 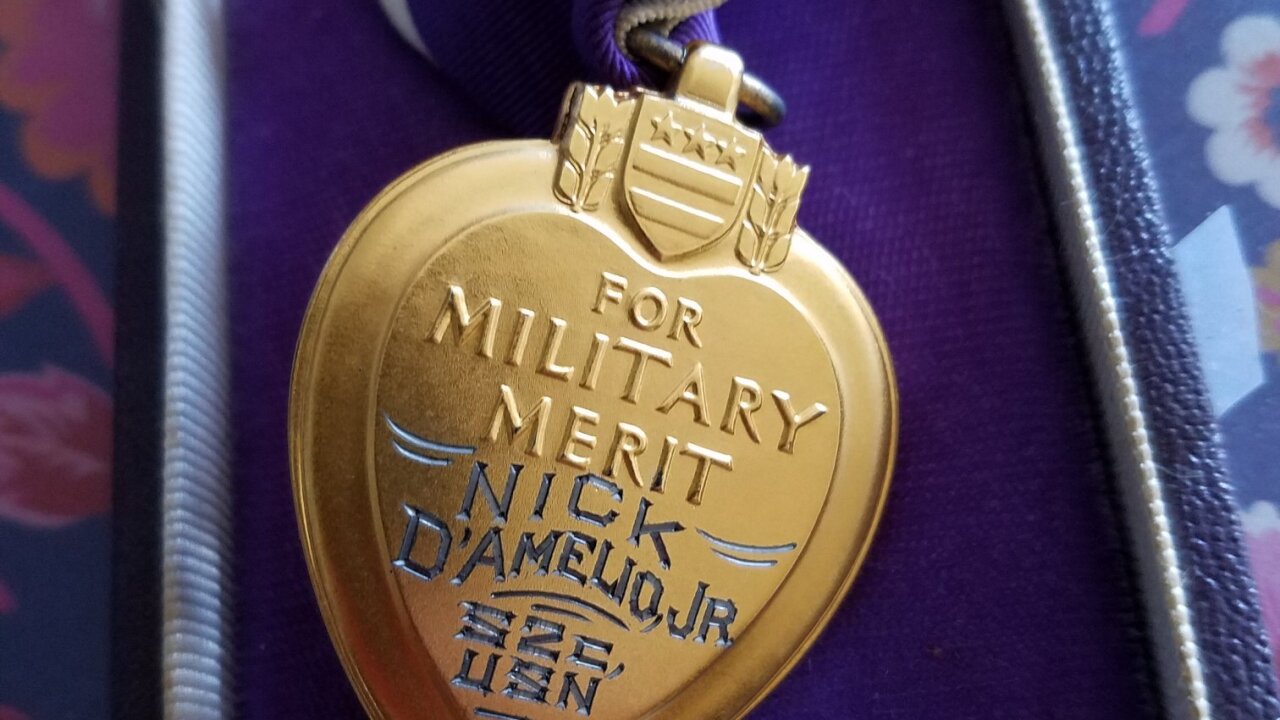 TUCSON, Ariz. — Boxes filled to the brim sit outside the donation center at a Goodwill in Tucson, Arizona.

The items are brought inside, where employees like Talon Mills sort and price the items before they hit the shelves.

Mills has been working at this Goodwill location for just more than a year. He says he's seen it all when it comes to what's donated.

"If you can think of it, we've probably gotten it here," Mills said.

But last month, he saw something he hadn't seen before — a Purple Heart medal.

"I was going through a box, just like any other day," Mills said. "And there was that small box right there. I opened it, recognized it right away, knew what it was."

The name on the back of this prestigious award is Nick D'Amelio Jr.

He was a Second Class Seaman in the U.S. Navy and served in World War II. He served on a destroyer that was sunk by Japanese warships off the coast of Guadalcanal on Sept. 5, 1942.

The Navy considered him lost at sea a year later. It's unclear when D'Amelio was awarded the Purple Heart.

"Somebody must know who had this person in their family, and we're able to get it to the right people," said Judi Roman Bucasas, the director of marketing for the Goodwill of Southern Arizona.

Goodwill of Southern Arizona is hoping to return the Purple Heart to its rightful owner. They took to social media to spread the word, and are also working with the nonprofit organization Purple Hearts Reunited.

"We know the person did something really heroic, or that person gave the ultimate sacrifice," Roman Bucasas said. "And I think being in a military town, it's important for us to be able to serve our service members in that way, too."

Mills says he's happy to be a part of the efforts to return the medal to the family of D'Amelio.

"I don't know, maybe it could have just got swept up under the rug somewhere," Mills said. "And they never really would have gotten the opportunity to find it and reconnect with that."

This story was originally published by Sam Radwany on KGUN .