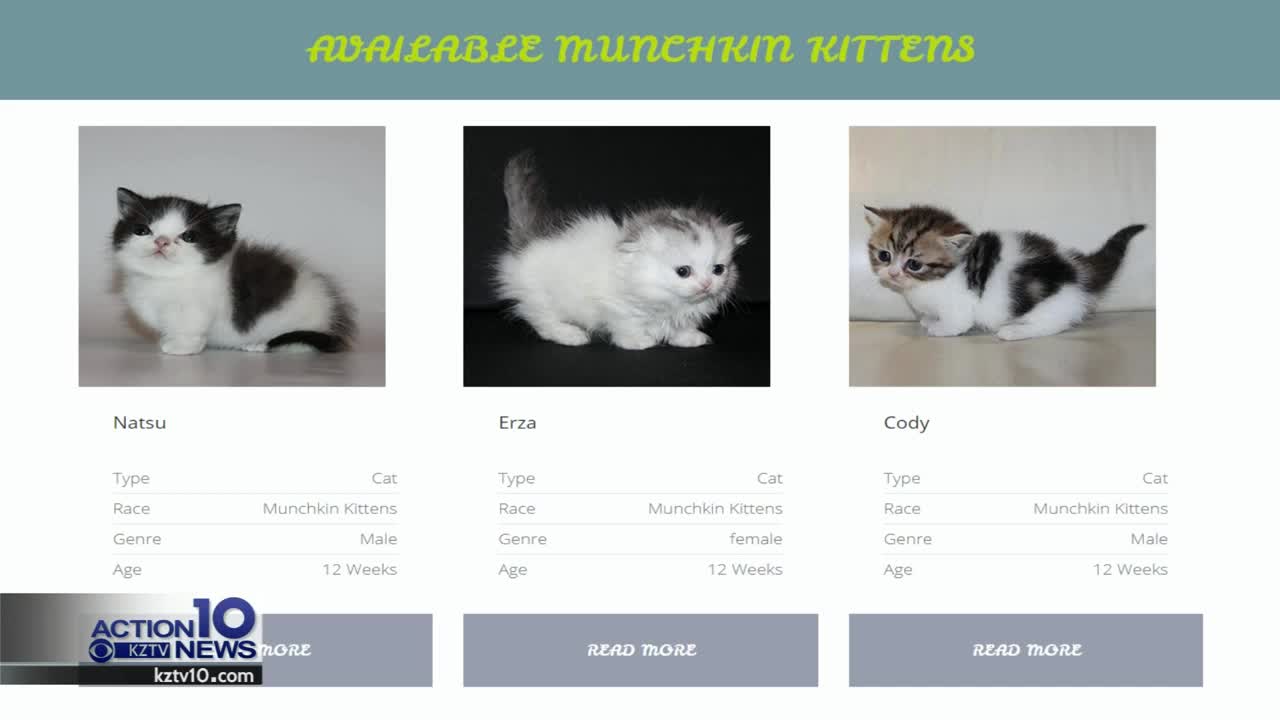 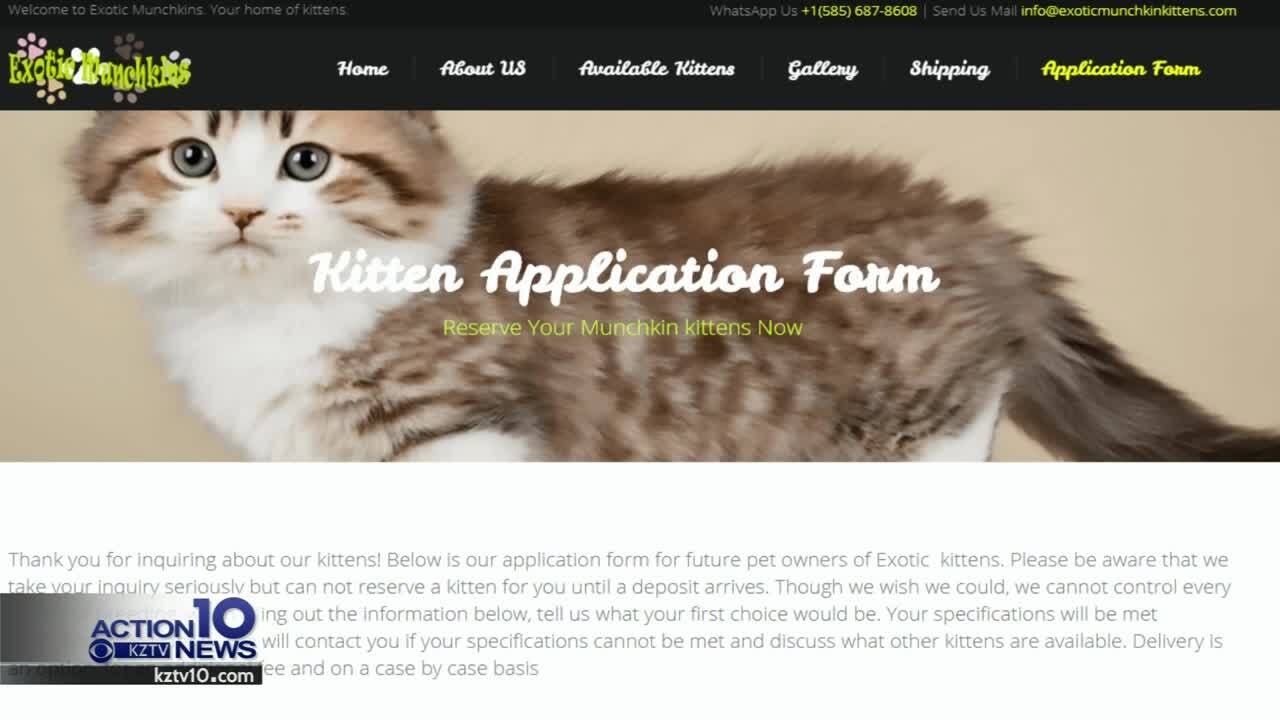 CORPUS CHRISTI, Tx — The Better Business Bureau is warning of a common scam that recently cost a local woman more than $1,000.

"It's a situation all too common in South Texas and the Coastal Bend," BBB Regional Director Jason Meza said. "We see this very often."

He's talking about pet scams. Someone will set up a realistic looking website with good prices for kittens, puppies, and other animals. Those animals don't exist, but people unaware of that fact send money to have the pets shipped to them.

"If you see a deep discount or a bargain, that's probably a red flag right there," Meza said.

The woman who was recently scammed didn't respond to requests for interviews, but the BBB did share the report she filed with them. She told the consumer-watchdog group that she sent in a money order for $1,050 after finding a cat she wanted on the website Exotic Munchkin Kittens. No cat ever came, and the BBB has more bad news for her.

"She's in a situation where she's not going to get the money back more than likely," Meza said.

Making getting her money back more difficult is the form of payment. They're not all created equal according to the BBB.

"Pay with a credit card," Meza said. "If you're going to make an online purchase of any type, credit cards provide the easiest disputable methods if you need to dispute a charge later."

If you think you've fallen for this type of scam, the BBB says to give them a call and to call police as well. It might not turn out in your favor, but you might protect the next person who's faced with the scam.

"We do investigate, but unfortunately if the payment methods that they used were wire transfers, gift cards, or something similar, many times it's a lost cause for getting the money back," Meza said. "But at least the consumer will let the next person down the line know to avoid those."