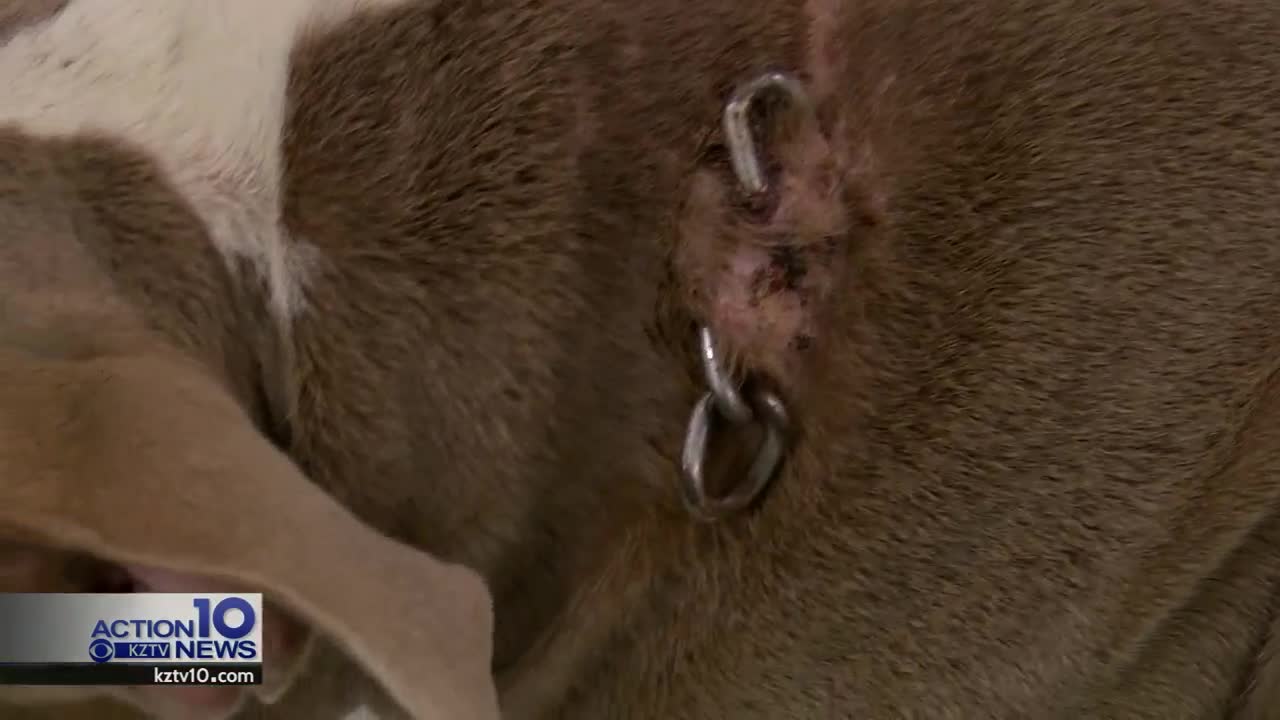 Dog was found with ingrown chain around its neck, officials seeking forever home 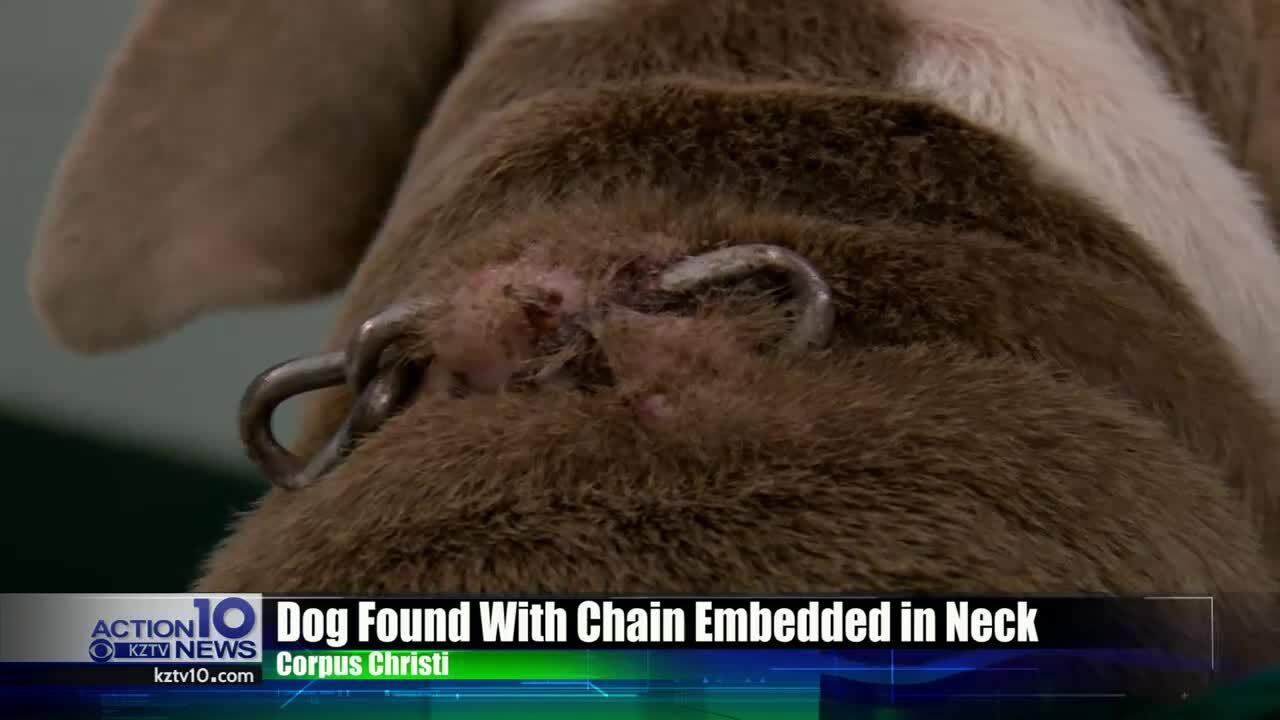 CORPUS CHRISTI, Texas — Mocha is a female Pitbull who officials say was found roaming the streets this weekend. A good Samaritan noticed a metal chain embed into the dog’s skin and brought her into the Corpus Christi Animal Care Services Facility.

The veterinarian says the chain that was tethering this dog down eventually got too small for its neck, cut into its skin for months and eventually caused the chain to become ingrown.

“It has been there obviously for several months,” said Dr. Melissa Draper. “I’m able to manipulate it and I’m able to touch it and so at this point it’s almost like a piercing. So, it doesn't mean that it doesn't hurt, it’s just not that acute pain of tissue damage, it’s more of a chronic type pain.”

Draper says what's left of the chain will be surgically removed Tuesday morning. In the meantime, the facility is trying to nurse mocha back to health.

"She has fleas, ticks, ear infections, dental disease, and evidence where she's probably had previous puppies,” said Draper. “But she's been someone's pet at some point. She has evidence of callouses where she's been lying on the ground tied up probably and then at some point this chain embedded into her."

The investigator with CCACS says cruelty charges can only be filed if Mocha's owner is found.

We looked at the postings and we tried to find out where she was originally found and then from there we started going through the area and knocking on doors seeing if anyone had seen her before in the area just to try and pinpoint the owner,” said Vanessa Scarborough, cruelty investigator.

Now, officials are working to find mocha a forever home.

“We do have a rescue that’s interested in taking her so she may end up going to rescue,” said Draper. “We do want to get her into a home as quickly as possible so that she can be out of the shelter and into a home where she's cared for.”