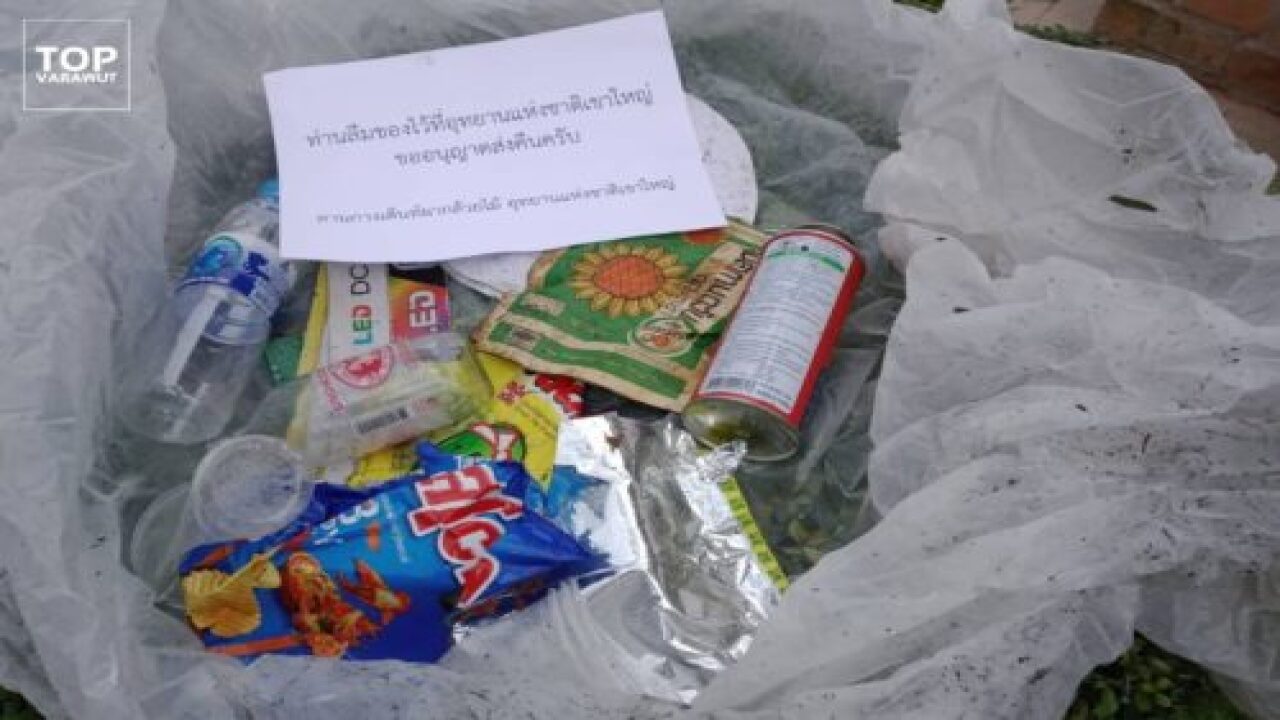 There’s no doubt that littering is a huge problem, all over the world. It’s killing wildlife, harming the environment and spoiling beautiful places. In Thailand, officials have had enough of people leaving their trash in the country’s national parks, and have come up with a new idea to stop it.

People drop their trash because they don’t want it — so they probably won’t be too pleased to get it back. But officials at Khao Yai National Park in central Thailand dealt with a recent spate of littering by returning it to its rightful owners.

As The New York Times reported, park officials mail the abandoned trash back to the litterbugs. And there was plenty of it: They’d left behind a tent filled with trash after an overnight camping trip. The officials did some detective work to identify the culprits (they checked equipment rental forms against a discarded prescription bottle), then mailed them their garbage.

Thailand takes trash seriously. The country has banned single-use plastic bags, and littering in a national park is punishable by up to five years in prison and a $16,000 fine, so getting a box of trash in the mail is actually getting off pretty lightly.

The clear bag of trash came with a note reading, “You have forgotten some of your belongings at the Khao Yai National Park. Please let us return these to you.” Varawut Silpa-archa, Thailand’s environment minister, shared the details in a Facebook post, writing, “I will pick up every single piece of your trash, pack them well in a box, and mail it to your home as a souvenir.”

In addition to getting a box of trash in the mail, the campers have also been banned from staying overnight in the park — which is known for its waterfalls, monsoon forest and miles of hiking and biking trails.

In the U.S., littering is often a criminal offense. According to the National Conference of State Legislatures, fines range from $25 in Massachusetts to $30,000 in Maryland, and offenders may be sentenced to jail for up to six years in serious cases.