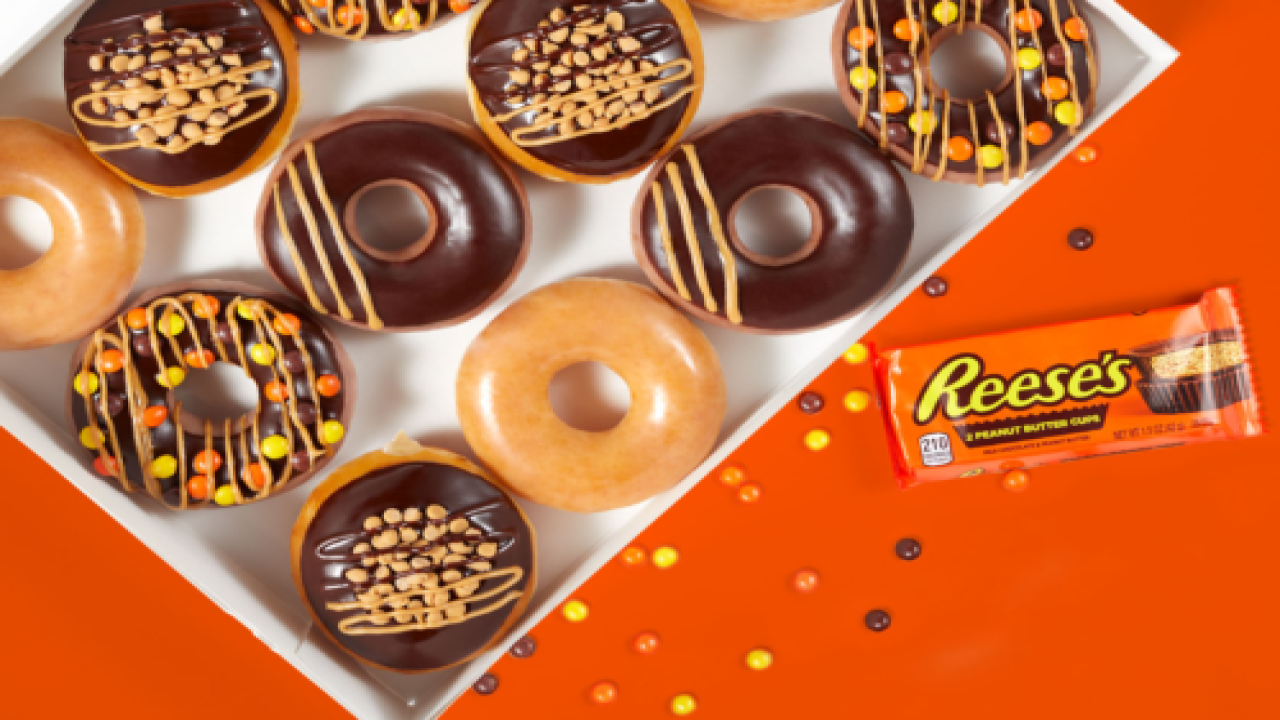 If you believe peanut butter and chocolate is the ultimate food combo, Krispy Kreme has a treat for you. The doughnut chain is bringing back three Reese’s doughnut flavors!

There’s a catch, though: two of them will only be around for a limited time, while the flavor that wins the most votes for “Greataste Reese’s Doughnut of All Time” will become a permanent fixture on the menu.

While all three doughnuts are Reese’s flavored, they’re all a bit different. The classic Reese’s doughnut is filled with Reese’s peanut butter Kreme, dipped in Hershey’s chocolate icing, then topped with mini peanut butter chips and a drizzle of Reese’s chocolate and peanut butter sauce.

If you want to vote for your favorite to make sure it stays around forever, simply go to Krispy Kreme and pick up all three doughnuts (or just remember which one you liked best if you had them before), then review it on social media for Krispy Kreme to decide which one stays. Make sure your post is public, tag @KrispyKreme and use hashtags #TheGreataste and #KrispyKreme. They’ll announce the winner in August.

Krispy Kreme is no stranger to extra indulgent doughnut flavors. Just some of their previous limited-time-only doughnuts included Kit Kat, Butterfinger and Ghirardelli, which featured either a white mint Kreme and chocolate glaze or salted caramel-filled doughnut topped with chocolate icing.

If nothing beats Reese’s for you, though, luckily there are plenty of Reese’s treats you can buy or make yourself.

Mrs. Freshleys now makes Reese’s peanut butter cupcakes that are both filled with and topped with peanut butter. They are then drizzled with chocolate and finished off with brown, yellow and orange sprinkles. You can find them at most Walmart locations and other club, grocery and convenience stores.

You can also make your own Reese’s-inpsired treats, like Reese’s stuffed cupcakes or no-bake Reese’s Krispy cookies that look seriously simple to make.

Will you be heading to your local Krispy Kreme to find your favorite Reese’s doughnut?