Vets Beats Miller in a Classic

Instant Classic at the Buc 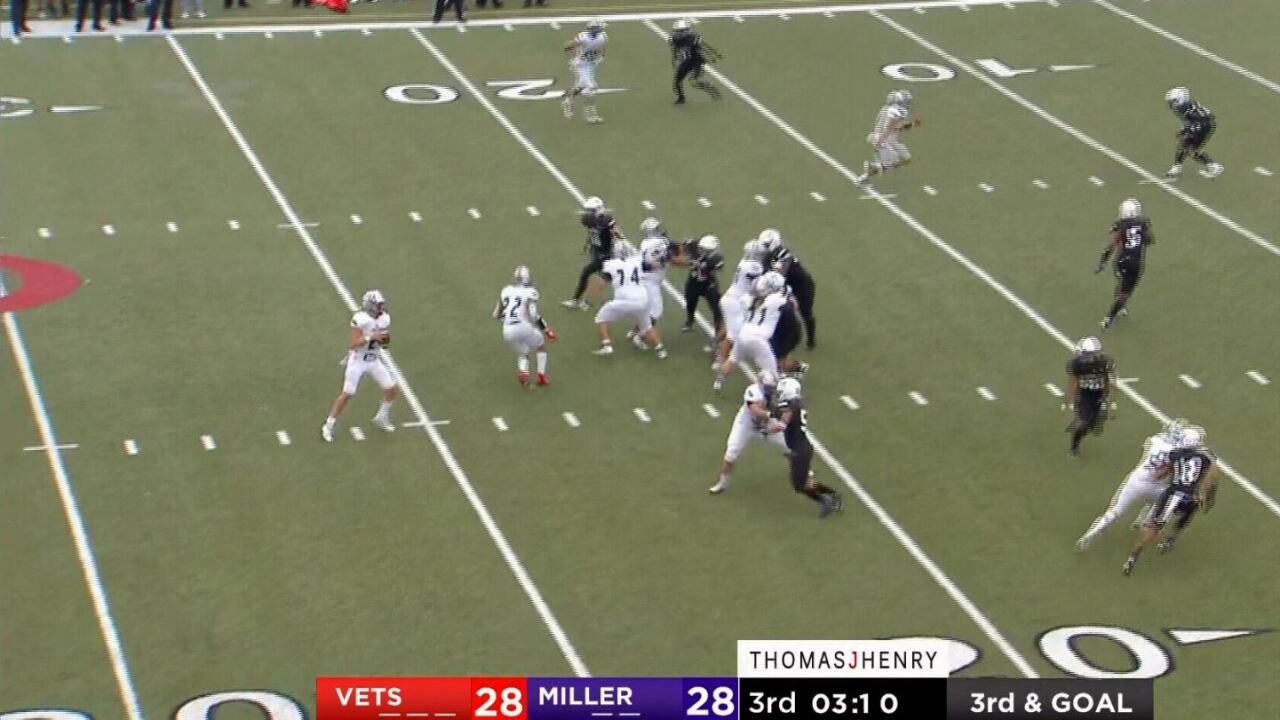 CORPUS CHRISTI, Texas — A crowd of more than 11,000, and many more watching on tv, were treated to an instant classic high school play-off football game at Buc Stadium.
Veterans Memorial won the game, but Corpus Christi, the Coastal Bend, and South Texas won as well.

People will always remember where they were on Friday, November 29th, 2019.
They'll tell stories about the Crosstown Showdown between Veterans Memorial and Miller.
The rematch of their double overtime game October 25th.
It was also the first time 2 teams from CCISD met in the third round of the playoffs.

Various estimates put the crowd at more than 11,000, and who knows how many watching the game 'live' on NBC.
And just like the October game, Vets jumped out big early, and then Miller came storming back.
Remember, Miller came into this game undefeated district champs and winners of 2 play-off games.

But after 15 touchdowns had been scored, 105 points, Miller still had a chance to at least tie it on the last play of the game.
The result of the play was evident on Miller qb Andrew Body's face.
It's tough to lose anytime, but even tougher when it ends an undefeated season.
"In this game, we just fell short," a tearful Body told Action Ten. "Vets is a very good football program. We are too, but we just fell short today."

And when it was over, there was so much mutual respect between the players who gave everything they had, and then a little more.
"Did the better team win tonight ? Whoa. Yeah. They were better today," a Miller fan said.
Nicholas Guerrero of vets said "I think we were the most prepared. We practiced. Had a good game plan coming in. We executed it well and came out with the win."