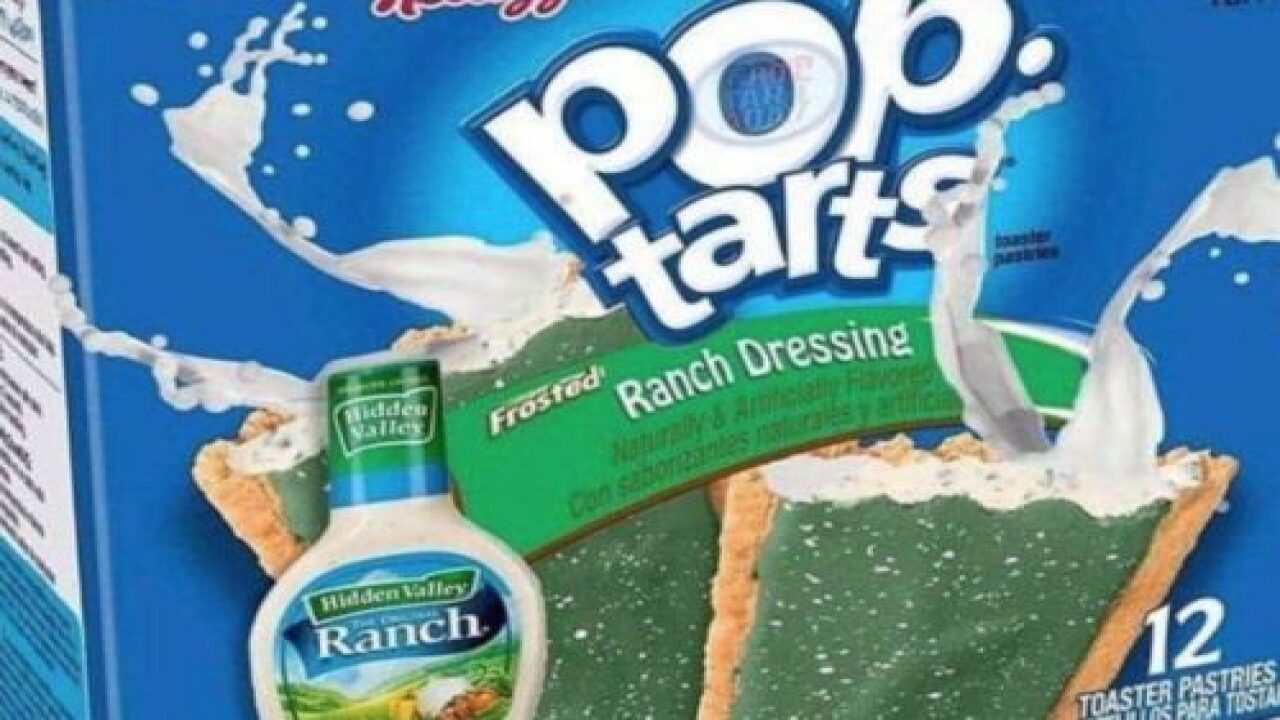 Hidden Valley Ranch dressing and Pop-Tarts are two super-popular products in the kitchen, but they’re not two things that you would think go together. One Twitter user shocked people when he shared a photo of what a box of Pop-Tarts would look like if they came out with a Hidden Valley Ranch flavor.

“People say you can put ranch on anything ….” Kyle Heroff wrote alongside the photo. He also tagged Pop-Tarts and Hidden Valley.

The tweet certainly got people talking, and everyone had a lot of feelings about the fake flavor:

His tweet was retweeted 116 times and has earned more than 1,000 likes. In the replies, people clearly had mixed reactions to the strange flavor.

This user had to turn to a graphic GIF to express her disgust:

While this user saw no problem with a ranch-flavored morning pastry:

I don’t see a problem here? Looks like a nutritious breakfast to me

And when it comes to the makers of the two products, they also had completely different reactions.

Hidden Valley liked the idea and tweeted at Pop-Tarts, suggesting the two companies make the collaboration a reality:

Hey @PopTartsUS – let's have some fun and give the the people what they want ð https://t.co/ULZrNEvUnG

“Hey @PopTartsUS  – let’s have some fun and give the people what they want,” read the tweet.

However, Pop-Tarts quickly shut that idea down, tweeting simply, “lol no”:

The original image of the ranch-flavored box of Pop-Tarts comes from Pop-Tart a Day, a parody account that makes up wacky Pop-Tart flavors.

Hidden Valley Ranch Pop-Tarts is far from their most unusual idea.

I can’t begin to imagine what the shoe-flavored toaster pastries would taste like.

How about baby food Pop-Tarts for little ones?

Your baby will be crawling and crying for their new favorite pastry! ð¼ – – – – – #poptartaday

Or some corn on the cob Pop-Tarts at your next barbecue?

An American Classic for an All American type of day! Happy Memorial Day! Eat as much corn as you can! ð½ – – – – – #poptartaday

Crazy Pop-Tart flavors aren’t the only fictional food products featured on the account.

Would you try a nice watermelon and cheese croissant from Jimmy Dean?

Meanwhile, Heroff asked people to vote on Twitter whether Kellogg’s should make ranch Pop-Tarts a reality. Spoiler alert: 71% of respondents said no!

What do you think? Would you bring these into your home?